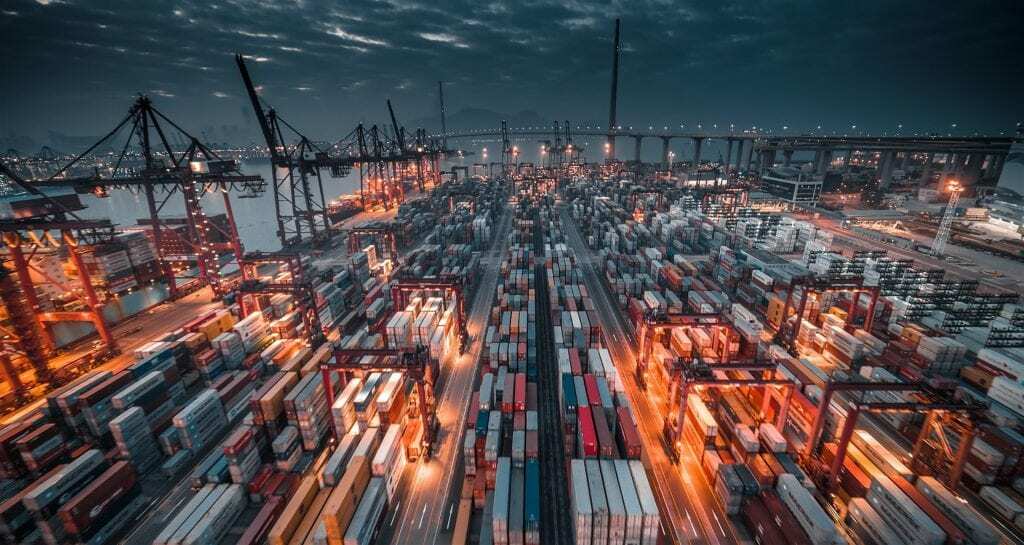 A New World Order at China’s Behest? Why a Swan Song for the Political West is Premature

Note: This article was originally written in German and published in the Neue Züricher Zeitung on 05.02.2021. It was translated into English for the KAS Regional Programme Australia & the Pacific by Katja Theodorakis (Senior Programme Coordinator Foreign/Security Policy) and John Fitzgerald (KAS Research Intern through the ANU’s Australian National Internship Program ANIP)

In a few years’ time, in retrospective reviews of the ‘year of the pandemic’ 2020, two trends of global political significance will stand out.  For one, the increasing complexity inherent in ensuring we have a functional institutional framework for the global exchange of people, goods, and services.  Second, the dependence of global supply chains on the durability and accessibility of a single market: that of the People’s Republic of China.  The latter became evident as the supply of both urgently needed medical equipment as well as the raw material base for industrial goods was temporarily interrupted.  At first glance, the economic recession besetting most countries at some stage in the pandemic could easily be dismissed as fallout from the inescapable dynamics of an interdependent global political economy.  China’s economy undoubtedly plays a key part in these processes.  Its share of the global GDP currently sits around 18 per cent and seven of the world’s ten largest cargo ports are in China (including Hong Kong).  The country’s significance as a bilateral trading partner further serves as a clear indicator of its role.

Geopolitics as the Foundation for China’s Rise to Economic Power

A strictly economic lens completely ignores the extent to which geo-economic changes have favoured China’s geo-political rise to global power: China systematically calculates structural advantages and disadvantages of entire regions and continents and analyses development needs.  Countries are made offers that at first glance also seem to fit into their strategic portfolios.  From the vantage point of the communist rulers in Beijing, “soft” elements such as academic and cultural exchange are also part of a strategy to cultivate “comprehensive national strength” (zonghe guoli).  The Belt and Road Initiative (BRI) has brought to light the scope of Chinese commitment.  China’s propaganda is seeking to spin a story that arouses pride and gives legitimacy to its one-party rule, both domestically and among overseas Chinese.  Abroad, China’s development model and the positive effects of more intensive cooperation with China are intended to shore up approval and suppress critical voices.

However, the massive diplomatic and economic pressure that Beijing is exerting on countries like Australia, Canada, Great Britain, and Sweden does not quite fit the image China seeks to portray to the global public.  Beijing’s response to criticism about the lack of transparency in accounting for the Coronavirus outbreak in Wuhan, as well as towards its suppression of Hong Kong’s democracy movement consolidates the impression that coercion and deterrence are thinly veiled instruments of Chinese foreign policy.  Taiwan’s case makes this even clearer.  Despite its ability to effectively contain the pandemic while operating within democratic parameters, the country has received little recognition from the global community and has even been treated as a pariah by the World Health Organization, without access to direct information flows.  All as a result of Beijing’s immense interference.  On the international stage, China unfailingly repudiates any criticism of its domestic policies by categorizing them as ‘internal affairs’ or with reference to ‘historical facts’ and so-called ‘core interests.’  The fact that China’s foreign policy is driven by domestic policy calculations makes agreements and joint action on a global or inter-regional level difficult.

Against this backdrop, it remains to be seen whether the Comprehensive Agreement on Investment (CAI) with the People’s Republic, which was agreed on under the outgoing German Presidency of the EU Council (it is yet to be ratified), will lead to tangible improvements for European economic interests in China.  Its conclusion comes at a time when considerations of a more coherent transatlantic policy on China are gaining momentum.  In any case, Beijing can regard the conclusion of negotiations as a prestigious success, given that political pressure on Beijing – as a result of international condemnation of the Xinjiang and Hong Kong situations – had increased considerably in the months before.  The CAI agreement should therefore at best be seen as the lowest common denominator for future economic policy cooperation with China.  The fact that even the existence of a free trade agreement such as the Regional Comprehensive Economic Partnership (RCEP) between 15 Indo-Pacific countries (10 ASEAN countries plus Australia, New Zealand, China, Japan, and South Korea) is no guarantee that China will comply with trade policy rules. This is made clear by the unilateral trade restrictions Australia, as a RCEP member state, has to contend with from China.

Not All that Glitters is Gold

China’s growing influence on multilateral institutions makes finding global solutions increasingly complex.  The ability to counter Chinese positions frequently comes at the cost of having to endure substantial diplomatic resentment.  However, it is by no means clear where China’s economic policy ‘journey’ is heading – and what geopolitical implications this will have.  It is true that in the second and third quarters of 2020 the Chinese economy recovered surprisingly quickly from the fallout of the nationwide lockdown in the first quarter of the year.  Yet, internal policy debates on the fundamental orientation of China’s future economic policy had nevertheless further intensified by the beginning of 2020’s last quarter.  Through the new concept of ‘dual circulation’, the leadership in Beijing intends to insulate itself against the potential consequences of economic sanctions and exogenous shocks.  This way, it seeks to strengthen its domestic economic cycles and further reduce the export dependency of the Chinese economy.  The debate is further fuelled by exorbitantly high levels of State debt, individual household and enterprise debts.  The economic policy debate is essentially rooted in the question of how vulnerable the Chinese economy (and its main actors themselves) are.  The outwardly aggressive demeanour masquerades a deep-seated uncertainty.  The fact that the key figures of China’s ascent to a powerhouse of innovation, such as Alibaba founder Jack Ma, are disappearing from the public eye can be understood as a clear sign of how intensely the debate about core regulatory issues and the primacy of the state and party is playing out.  In any case, a course based on market economy principles as well as norms anchored in the rule-of-law are both a long way off.  Yet, whether such a sceptical assessment is already shared in all German and European boardrooms remains doubtful in view of the large investment projects in the automotive sector and chemical industries.

The domestic and foreign policy course under State and Party leader Xi Jinping has led to profound estrangement between Beijing and the political West.  Countries around the world are drawing similar conclusions: trade policy options and political partnerships must be diversified.  This applies to middle powers in the global South and Europe as much as it does to States in the Asian region or on the African continent.  There is broad consensus on the direction.  All that’s missing is a self-assured implementation with the corresponding ‘investments.’  It’s up to Europe, together with the US under the new Biden administration, to draft a vision of how States and entire regions can secure their respective liberal orders in the long term.  The Indo-Pacific is a key area here, where the will for more European involvement and common security policy approaches must prove itself. The region’s conflicts directly impact on our security.  At the same time, the challenges in Europe’s periphery – in Eastern Europe as well as in the Mediterranean – are not to be neglected either.  More so, this requires the EU to develop alliances with value and interest partners in this ‘contest’ for the future world order.  In doing so, the EU sends a signal for strengthening the rules and institutions of a liberal order.  After all, the consensus around the importance of functioning multilateral institutions reaches far beyond the borders of Europe.  The transatlantic relationship too, can give rise to a greater common ground on the fundamental questions of the international order.  Flexible sectoral and regional alliances, as a force multiplier for a broader impact, should complement these commonalities.  Europe is able to provide relevant impetus on the geopolitical level.  Europe’s attraction as a continent of distinctive normative power nevertheless has to be proven over and over in times of escalating systemic competition; namely through the continuous ability to develop succinct answers to current global problems.  The joint ‘Team Europe’ support of the COVAX Initiative that finances a vaccine contingent for lower-income countries is one such step that demonstrates Europe’s international dependability.  And the latter constitutes a clear sign that the political West is still around.