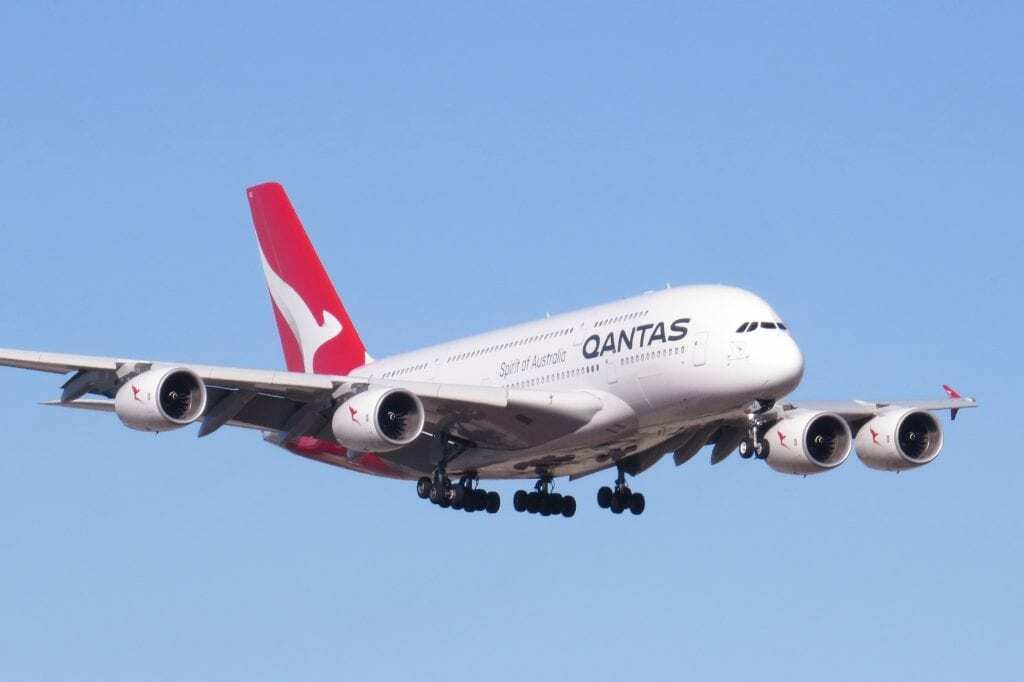 More than twelve months have passed since the outbreak of the novel coronavirus. Germany, Europe and most of the rest of the world are still in the grip of the pandemic. The situation for Australia, New Zealand and the South Pacific is a slightly different one.

Australia – with its population of 25 million – has recorded about 29,600 cases and 910 deaths to date. There are currently 201 active cases (estimated), 47 of which are hospitalised. The majority of cases are – and have been for a while – returned international travellers, who test positive while in mandatory hotel quarantine. Since March 2020, Australian citizens and permanent residents are banned from travelling overseas unless they are exempt. The overseas travel ban is based on section 477 Biosecurity Act which authorises the Health Minister to determine emergency requirements during a human biosecurity emergency period. The National Cabinet recently agreed to extend this period until mid-June. As far as inbound travel is concerned, only Australian citizens, permanent residents and their immediate family members may travel to Australia, and must quarantine for 14 days in a designated facility upon arrival. The number of incoming passengers in each state and territory is capped:

NT (Darwin): 850 per fortnight, to be gradually increased

As a consequence of these measures, more than 36,000 Australian citizens remain stranded overseas, about 4500 of whom are considered to be vulnerable. In March, two Australian citizens located in the US lodged a complaint with the United Nations Human Rights Committee, arguing that Australia’s incoming passenger caps and limited hotel quarantine places would violate the right to return to their home country. Under Article 12(4) of the Covenant on Civil and Political Rights, “no one shall be arbitrarily deprived of the right to enter [their] own country”. In April, the Committee requested Australia to facilitate one of the complainant’s prompt return to Australia, so as to avoid irreparable harm. The Committee has also given Australia eight months to reply to the complaints, with a formal decision expected afterwards.

New Zealand – a country of 5 million people – has recorded about 2600 cases and 26 deaths to date. There are currently 32 active cases (estimated), one of whom is hospitalised. Similar to Australia, the country closed its borders and imposed travel restrictions in March last year. In addition, New Zealand went into an early and hard lockdown back then after it became known that there were only few intensive care units available. Since then, the government has taken equally strict measures in response to subsequent outbreaks, primarily caused by returned international travellers in hotel quarantine. Most of the South Pacific island states have managed to stay clear of the coronavirus, with the exception of Papua New Guinea (9799 cases and 90 deaths), Fiji (72 cases and 2 deaths), Marshall Islands (4 cases), Solomon Islands (20 cases) and Vanuatu (3 cases) (see EU Centre for Disease Control, 23 April). PNG’s recent surge of case numbers has placed the country’s health system under enormous strain. The Conversation reports a looming catastrophe and prompts Australia to respond urgently. Fiji has only recently experienced its first cases of local transmission in twelve months and re-imposed lockdown measures in the capital Suva, Nadi and Laukota. According to Radio New Zealand, travel in and out of the country is prohibited unless it is for medical purposes, as is travel between the main island Viti Levu and the outer islands of the country (cf FBC News, No National Lockdown, 23 April). 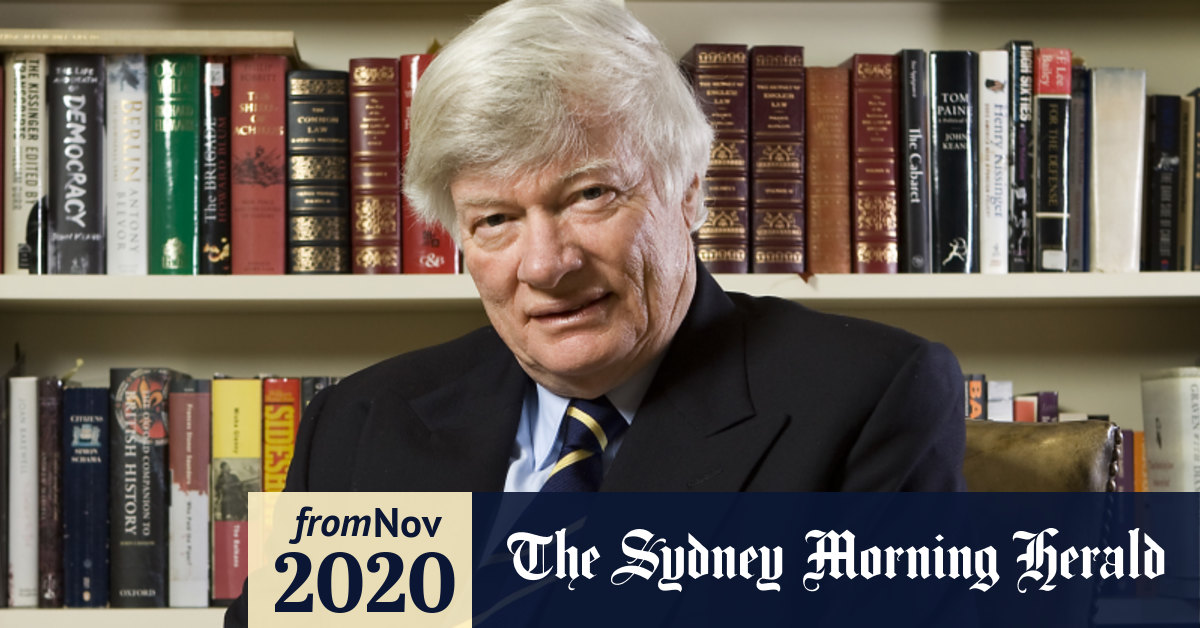 ‘A serious breach’: Geoffrey Robertson says flight cap violates human rights
“Australia is the lucky country. At the moment there seem to be more shark deaths in Queensland than there are deaths from COVID.” 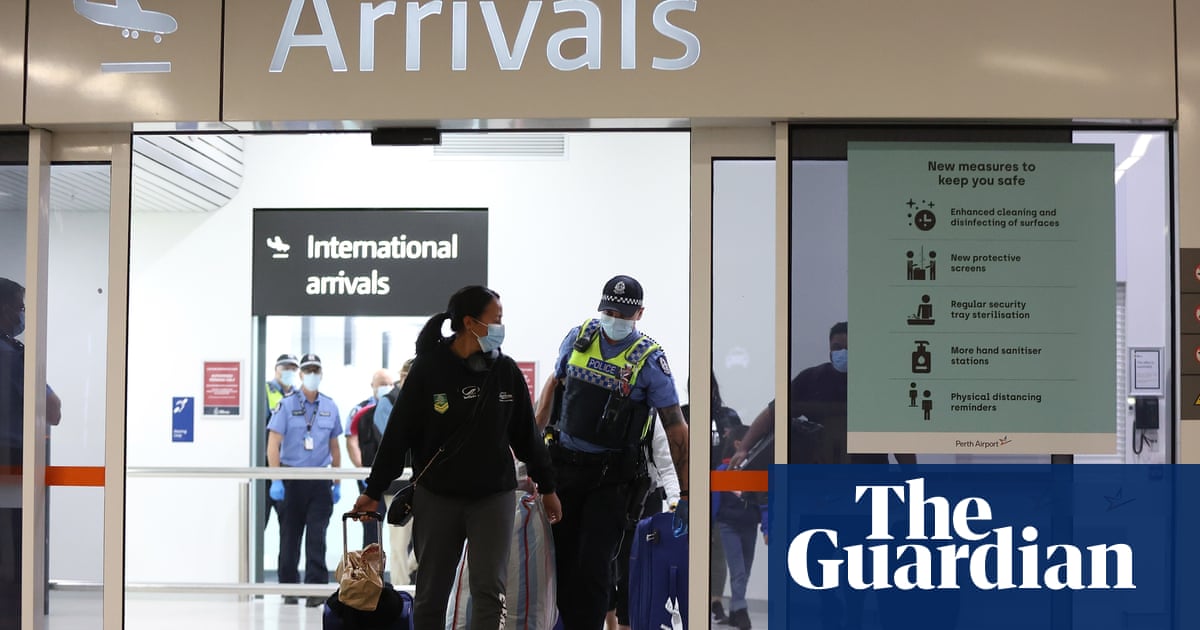 In October 2020, Australia and New Zealand agreed on a travel bubble, initially one-way and restricted to certain Australian states. The agreement was suspended several times due to local outbreaks in Australia and New Zealand, respectively. Since 19 April, there is a two-way travel bubble in place, enabling all travellers who have been in either Australia or New Zealand for 14 days to travel by air between these countries quarantine free and without the need for a travel exemption. In February, Vanuatu implemented a “tamtam” bubble with Wallis and Futuna, and announced a similar arrangement with New Caledonia with effect as of April. Likewise, Palau and Taiwan agreed on quarantine-free travel between their territories with effect as of April. Palau is one of the few countries that maintains diplomatic relations with Taiwan. In March, New Zealand and Niue commenced a one-way travel bubble, with Niue hoping that two-way travel may be possible as of June. Niue is a self-governing country in free association with New Zealand. As a member of the Realm of New Zealand, Niue’s head of state is Queen Elizabeth II. Its citizens are also citizens of New Zealand. A travel bubble between New Zealand and the Cook Islands is likely to come into force in May this year. Just like Niue, the Cook Islands are a self-governing country in free association with New Zealand. Their head of state is Queen Elizabeth II, and Cook Islanders are also Zealand citizens. Fiji’s hopes for a “bula” bubble with New Zealand and Australia, where most of its international tourists come from, have been set back by the latest outbreak. 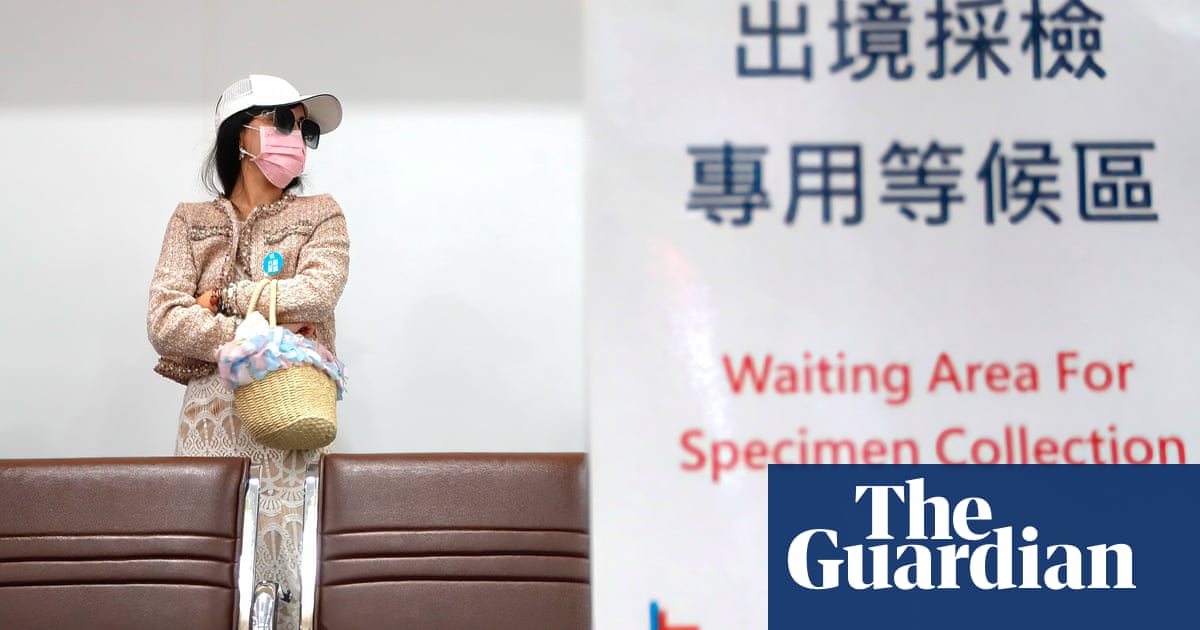 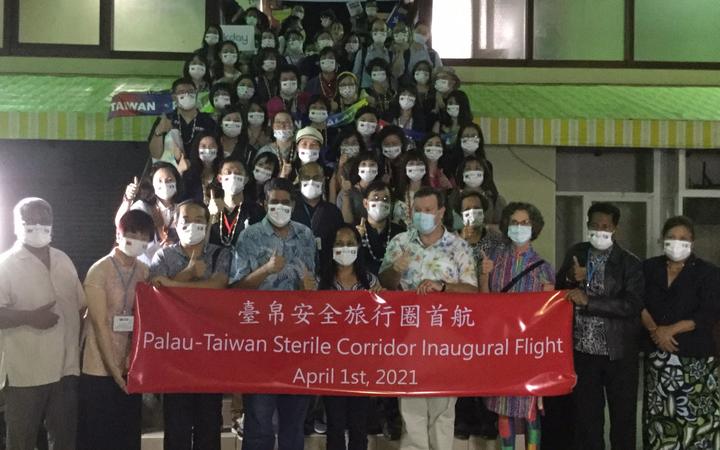 Historic Palau-Taiwan travel bubble under way
Over 100 tourists have descended on Palau to kick off the first travel bubble with Taiwan. 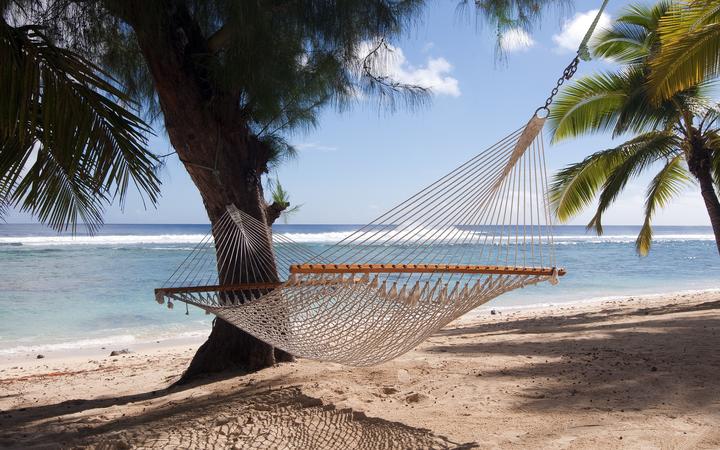 Cook Islands tourism industry holding hopes as signs point to NZ travel bubble
Air New Zealand says it doesn’t know of any impending announcement regarding a two-way travel bubble but it is ramping up its operations to the islands from 10 May. 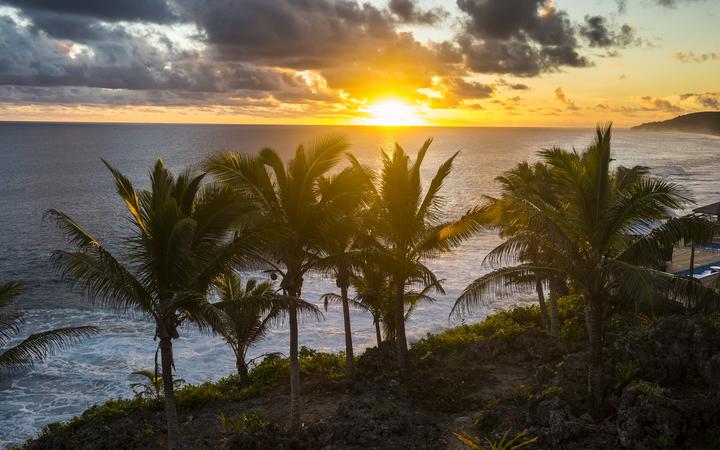 Niue hopes for June travel bubble with NZ
Niue’s Director of Health says the island is aiming to have its border with New Zealand opened by June. 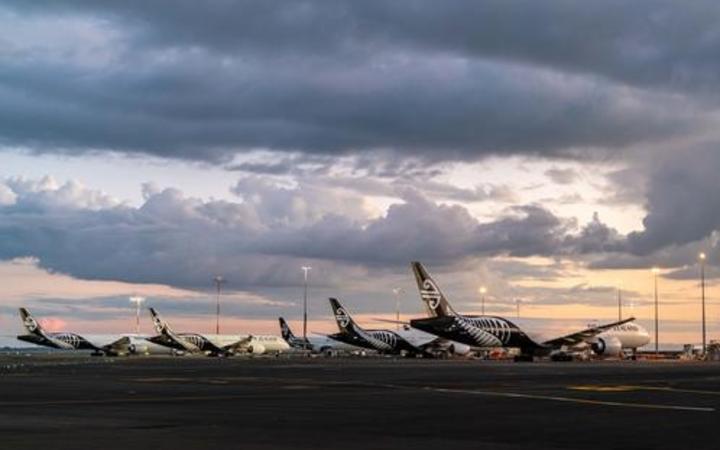 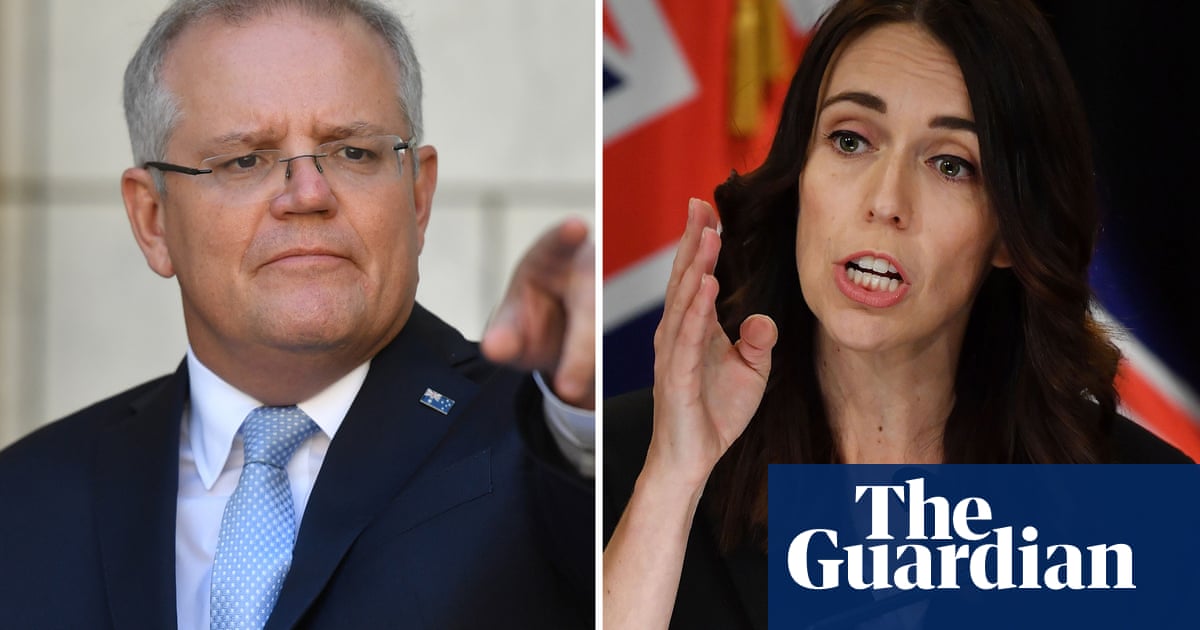 Australia has admitted two vaccines to date, namely AstraZeneca (which may be produced locally) and PfizerBiontech (which must be imported). As at 22 April 2021, the country had administered just under 1.8 million doses. The use of AstraZeneca is restricted to people over the age of 50 due to concerns over blood clots. For the same reason, Australia recently excluded the use of the Johnson vaccine. The State of Victoria has announced funding to enable the production of mRNA vaccines in Australia, however, it is likely to take twelve months before the first doses may be produced locally. New Zealand started its vaccination campaign in February this year. PfizerBiontech is the only vaccine admitted to date. As at 20 April, the country had administered more than 183,000 doses of this vaccine. The government has secured enough of this vaccine alone for its entire population. As far as the Pacific is concerned, The Diplomat reports a patchwork vaccine rollout. According to the World Health Organisation, the recent arrival in Apia of 24,000 doses of the AstraZeneca vaccine marks the sixth batch of vaccines to arrive in the Pacific region through the COVAX Facility. Previously, batches were delivered to Fiji, the Solomon Islands, Tonga, Nauru and Tuvalu. Palau, the Marshall Islands and the Federated States of Micronesia benefit from their Compact of Free Association with the United States. Niue and the Cook Islands are likely to benefit from their free association with New Zealand. As per the head of the Lowy Institute’s Pacific Islands programme, Jonathan Pryke, Pacific Island nations were hesitant to use Chinese vaccines, saying they preferred western vaccines because it would enable economic recovery and open up travel to Australia and New Zealand. This did not prevent the Solomon Islands, which established diplomatic ties with China in 2019, to become the first Pacific country to accept Chinese vaccines, noting the country pledged not to use them before they received WHO approval.

COVID-19 vaccination – Australia’s COVID-19 vaccine national roll-out strategy
This strategy outlines sites and priority populations for initial vaccinations, and the phases in which vaccine doses will be made available in Australia.

COVID-19 vaccine rollout plan
The Government has today announced its plan for the rollout of the COVID-19 vaccines, ensuring free, fair and equitable access to everyone in New Zealand.

What does Australia’s vaccine rollout rethink mean?
Prime Minister Scott Morrison came out of the latest National Cabinet meeting with a new plan for the country’s COVID-19 vaccine rollout. Here’s what we know. 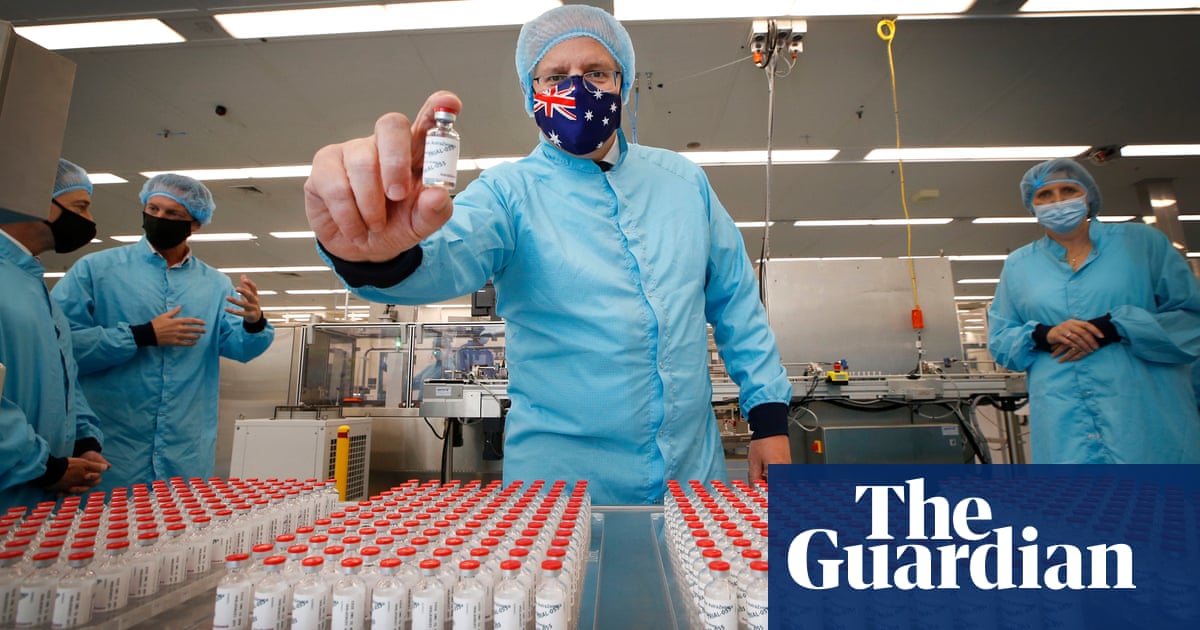 Victorious over Covid, Australia and New Zealand grapple with vaccine rollout
Australia’s glacially slow delivery of jabs derided as a ‘farce’, while in New Zealand only 4.5% of eligible people have been vaccinated 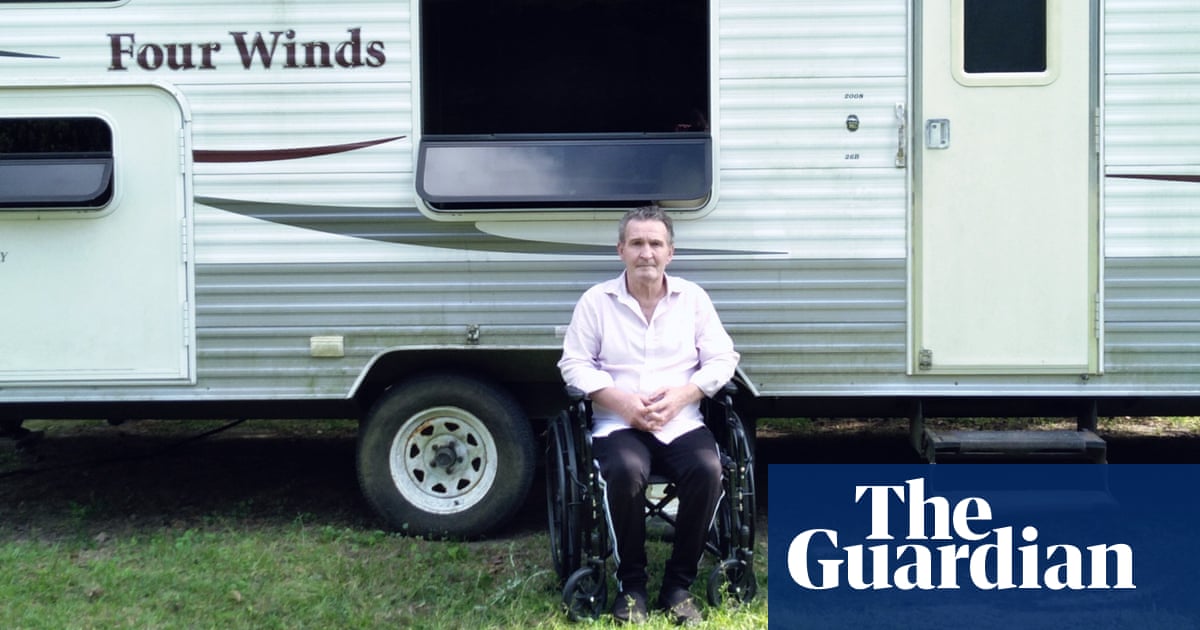 Australia’s delayed vaccine rollout a life and death matter for some stranded overseas
Andre Rivenell is one of the 36,000 Australians unable to get home due to flight prices and quarantine arrival caps. His health is deteriorating and after he was rejected for government emergency loans, he is running out of time and options One tiny nation in our region is streaking ahead in the race to vaccinate their population against COVID
Millions of people have already been vaccinated in other Asia-Pacific countries, including China, Indonesia and India. How did our neighbours vaccinate so many people so quickly and how is Australia doing in comparison? 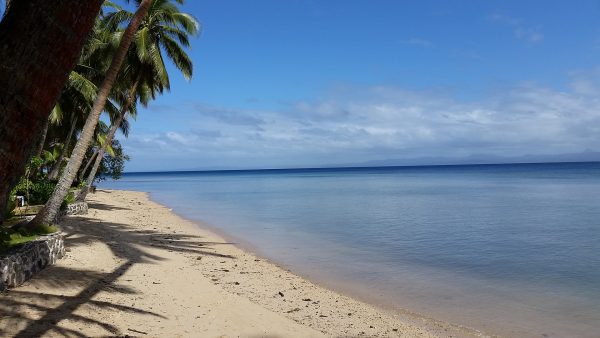