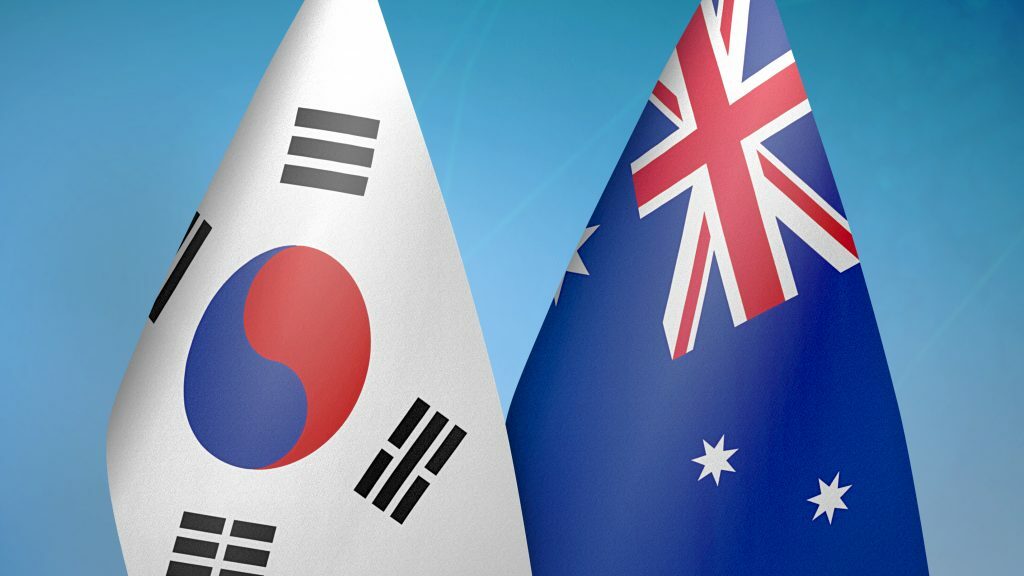 This week marked the 60th anniversary of Australian-South Korean relations, the perfect occasion for a state visit by South Korean President Moon Jae-in to Australia. It is the first such visit by a South Korean leader in a decade, the last visit having taken place in 2009, and the first visit by a foreign leader since the start of the coronavirus pandemic. But these are not the only indicators marking the visit as significant.

Earlier this year, Australia and South Korea elevated their relationship to a ‘comprehensive strategic partnership’, while at the same time entering a low-emissions technology partnership. In September, the two nations signed a cyber and critical technology agreement and announced a commitment to increase their joint defence exercises and training cooperation.

During Moon’s visit to Australia this week, yet another step was taken to deepen the relationship, with the signing of a $1 billion defence agreement. This is believed to be the ‘largest-ever military deal Australia has signed with an Asian nation’. Australia awarded its LAND 8116 Phase I project to South Korean company Hanwha Defence Australia. As part of this project, Hanwha has been contracted to build 30 self-propelled howitzers as well as 15 Armoured Ammunition Re-Supply Vehicles for the Australian army. The project further specifies the joint construction of an ‘Armoured Vehicle Centre of Excellence’ in Geelong, Victoria. A scheme, the Australian government hopes, will create at least 300 jobs, ‘spread across facility construction, acquisition and maintenance, as well as generating ongoing support opportunities for Australian industry until the late 2040s.’, according to Prime Minister Morrison. But defence was not the only sector experiencing a boost from this week’s visit.

The two heads of state also signed new deals on clean energy technologies and critical minerals. This would see an overall investment of $100 million into related projects, with an initial commitment of $50 million from Australia, which South Korea plans to match, subject to domestic processes. Both emphasised the shared commitment to technology-led solutions to the challenges of climate change and ambitious action to achieve the Paris Agreement goals and a general lowering of emissions. From an Australian perspective, these agreements are intended to build on similar partnerships already signed with Germany, Singapore, Japan and the UK.

Overall, there appears to be a clear shift in the bilateral relation of the two nations. But why now and what has changed? During the last visit in 2009, both Australia as well as South Korea were different countries with different policies from what they are today. The time also belonged to the pre-Xi-Jingping- era, meaning less tensions in the region that concerned Australia directly and, thus, less need for alliances.

Australia at the time was still very much focused on Western relations, especially its relations to the US. As a result, Australia also had less influence in the region and, from an Asian perspective, was not as attractive a partner as it is today. In recent years, Australian governments came to realise that they needed to focus more strongly on their neighbours. An increasingly assertive China under the presidency of Xi Jingping only added to this notion.

Today, South Korea is Australia’s fourth largest trading partner and a lucrative export market for its iron ore, coal, natural gas and beef. Thanks to its role as a leading nation on climate action, South Korea has further developed a significant amount of emissions technology, including green hydrogen, that Australia will need in order to achieve its own goal of lowering emissions. Australia, on the other hand, can potentially offer a stable and reliable source of clean hydrogen and critical energy transition minerals as well as rare earths in return. Closer ties to countries like South Korea and Japan could, thus, offer Australia the chance to transition from its reputation as coal supplier to a future supplier of clean-energy enabling resources.

For South Korea, today’s Australia makes a much more attractive partner than the Australia from a decade ago. It has become an influential member of the Quad and tightened its relations with the US and the UK through AUKUS. Both partnerships are of interest to South Korea, which needs to maintain its own US alliance to guarantee its national security. Furthermore, South Korea is running the risk of being left behind by the Quad, not being a member itself. The Quad is no longer just a security alliance to manage and counteract China in the region. It has steadily developed into a platform for cooperation on a wider range of issues, such as, most recently, the distribution of Covid-19 vaccines, economic cooperation and infrastructure investment. One example of the latter is the recent announcement that Australia, Japan and the US would jointly fund an undersea cable to boost the internet access in Nauru, Kiribati and the Federated States of Micronesia. So far, South Korea has followed a cautious approach in its foreign relations, wanting to preserve the peace with both its major trading partner China and its main source of national security, the USA. This approach, however, has left it out of key negotiations. And, although South Korea is still very much interested in avoiding conflict with China – President Moon emphasising that his visit had nothing to do with his country’s position on China – it still has recognised the need for greater cooperation with the other big players in the region. Morrison and Moon to sign bilateral defence agreements (theaustralian.com.au)
Subscribe to The Australian to get unrestricted digital access, home paper delivery, Apps for iPad and Android, member only +Rewards and much more… 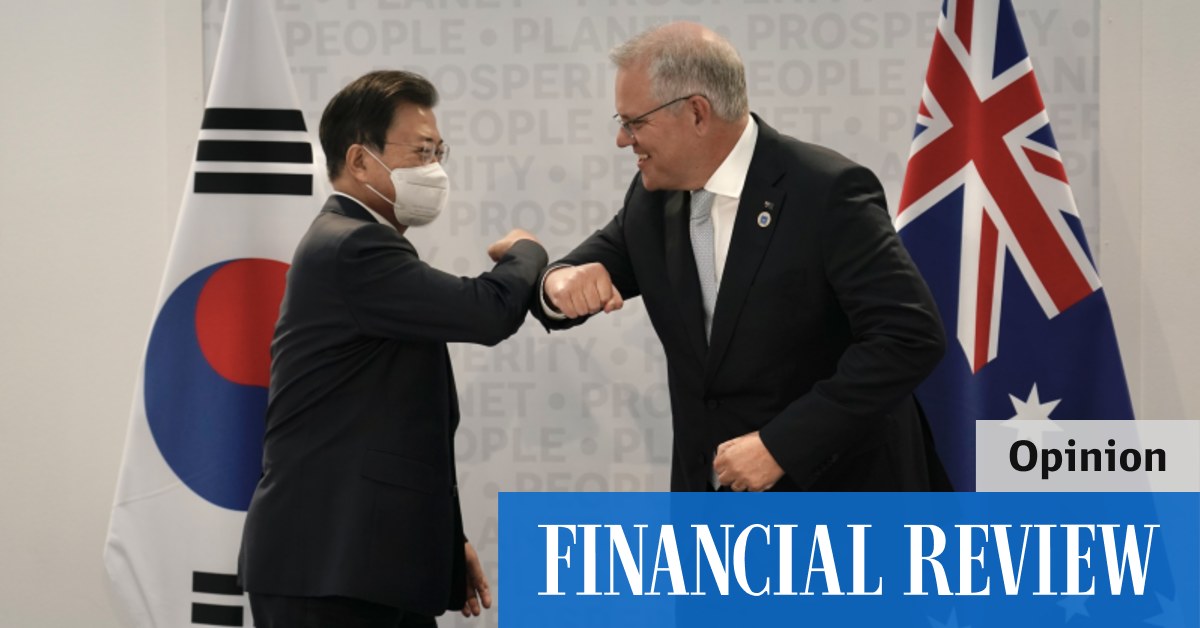 Summit step change in Australia-South Korea relations
The first state visit in more than a decade by a South Korean president comes as both nations begin to view each other as strategic partners in a more contested region. 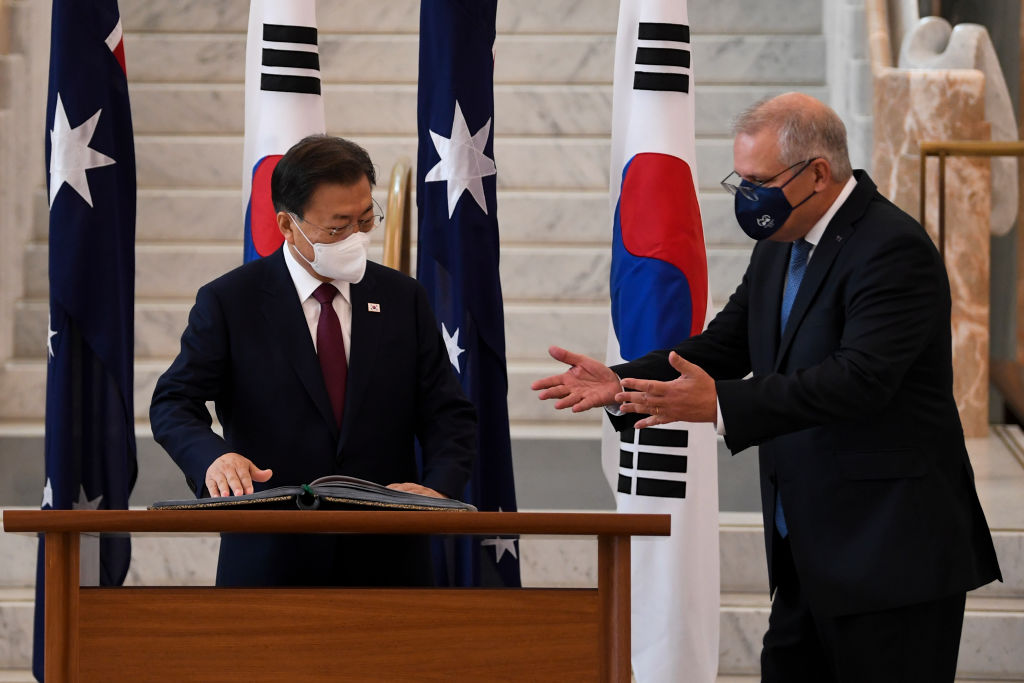 South Korea’s and Australia’s shared future is about a lot more than armoured vehicles | The Strategist
South Korean President Moon Jae-in’s fourth meeting with Prime Minister Scott Morrison, held in Canberra today, built more momentum in the quiet achiever of Australia’s key regional partnerships. Japan, India and the US have had … 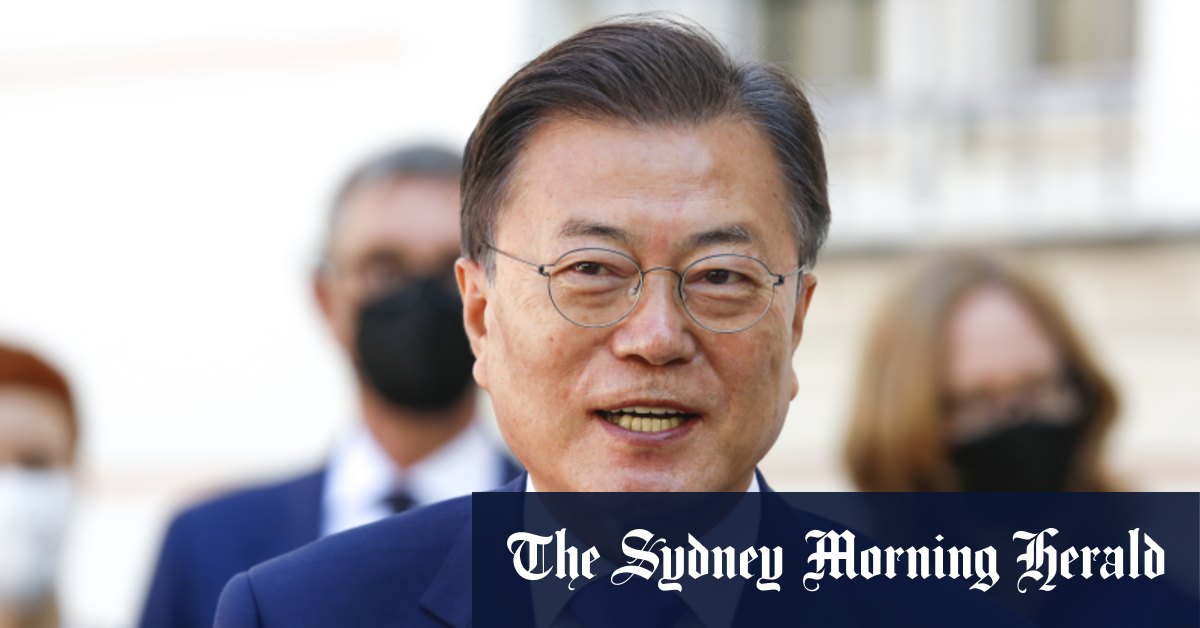 China looms large as South Korea uses visit to seek Australia’s help
Amid fears Asia’s fourth-largest economy is being left behind by the members of the Quad, South Korea’s President will look to lock in US support via Australia. 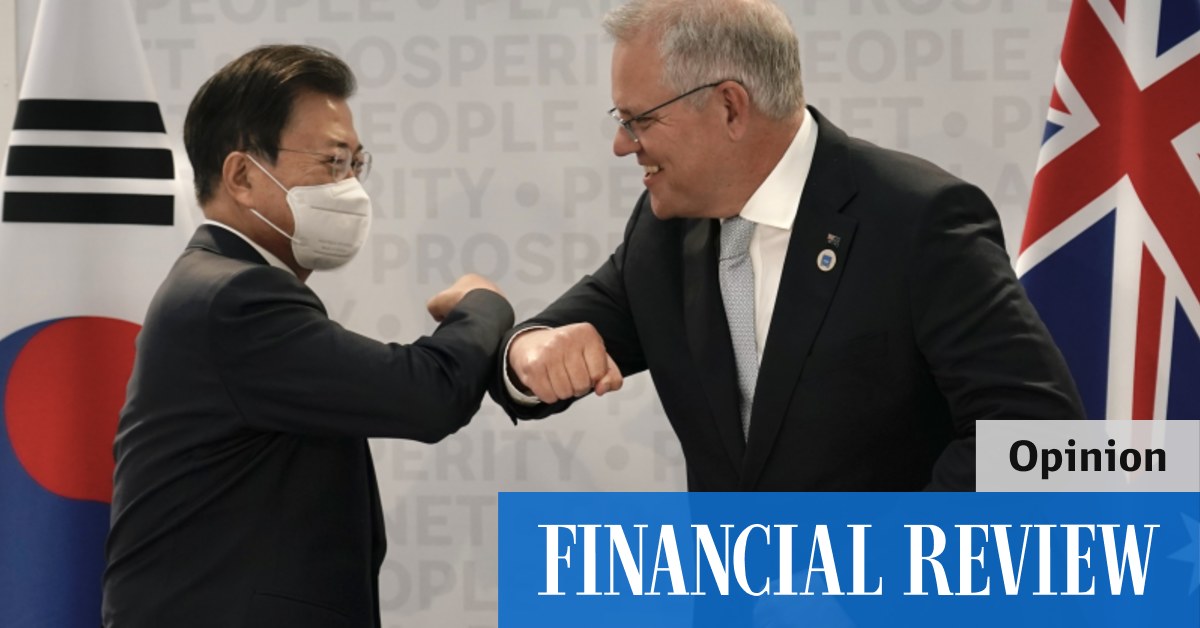 State visit shows China, climate convergence with Australia’s forgotten friend
Australia has the opportunity to renew a trade partnership and establish a clean energy foundation for the deepened security ties between Canberra and Seoul.

In a changing region, Australia’s relationship with South Korea has been ignored for too long
The two countries are on fundamentally different pages when it comes to regional security, and this is going to become more of an issue in the future. 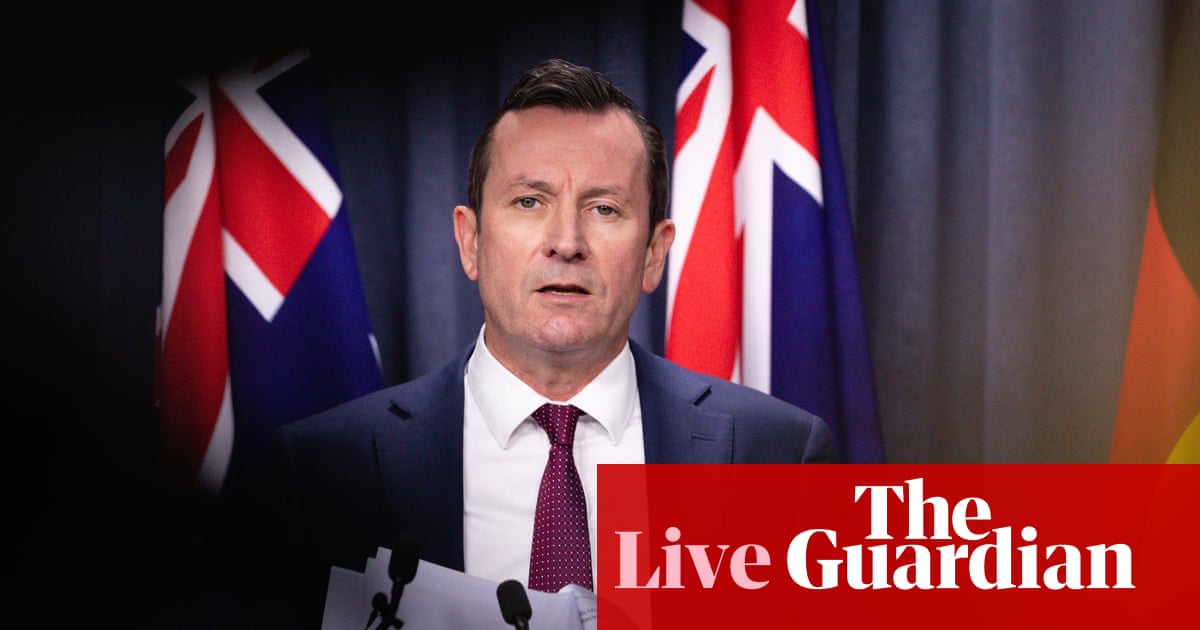 PoliticsNow, coronavirus live news: New alert for Brisbane venues as Qld opens up | The Australian
Subscribe to The Australian to get unrestricted digital access, home paper delivery, Apps for iPad and Android, member only +Rewards and much more… 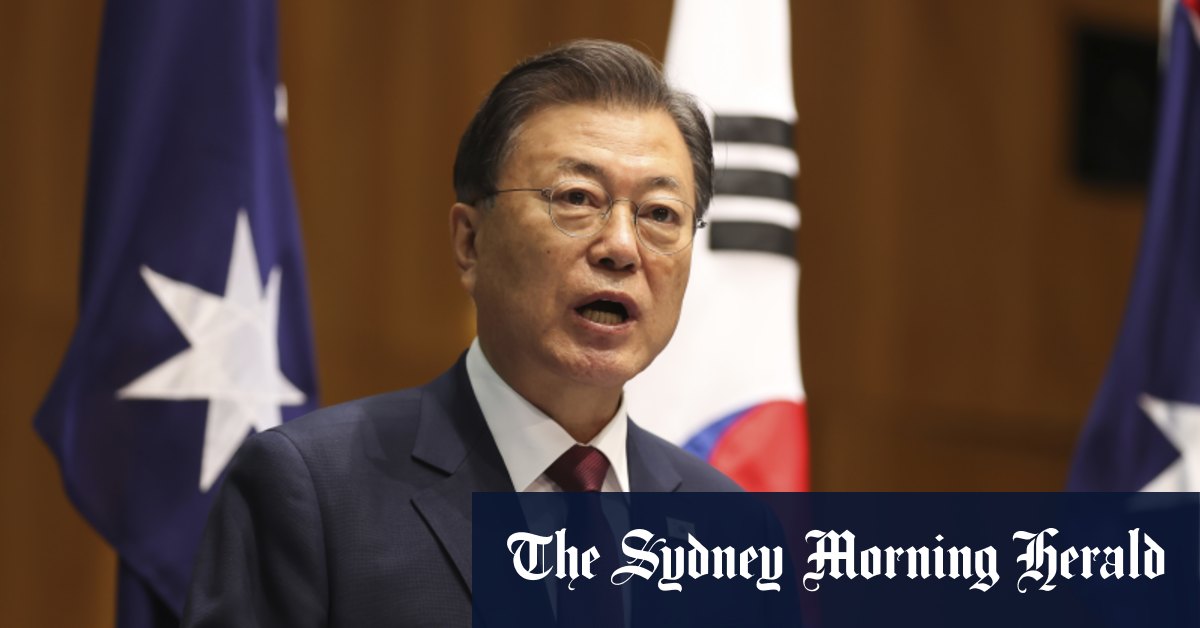 South Korean president says his visit has ‘nothing to do with our position over China’
South Korea has a more cautious approach to China because of its reliance on Beijing to negotiate a peace deal with North Korea. 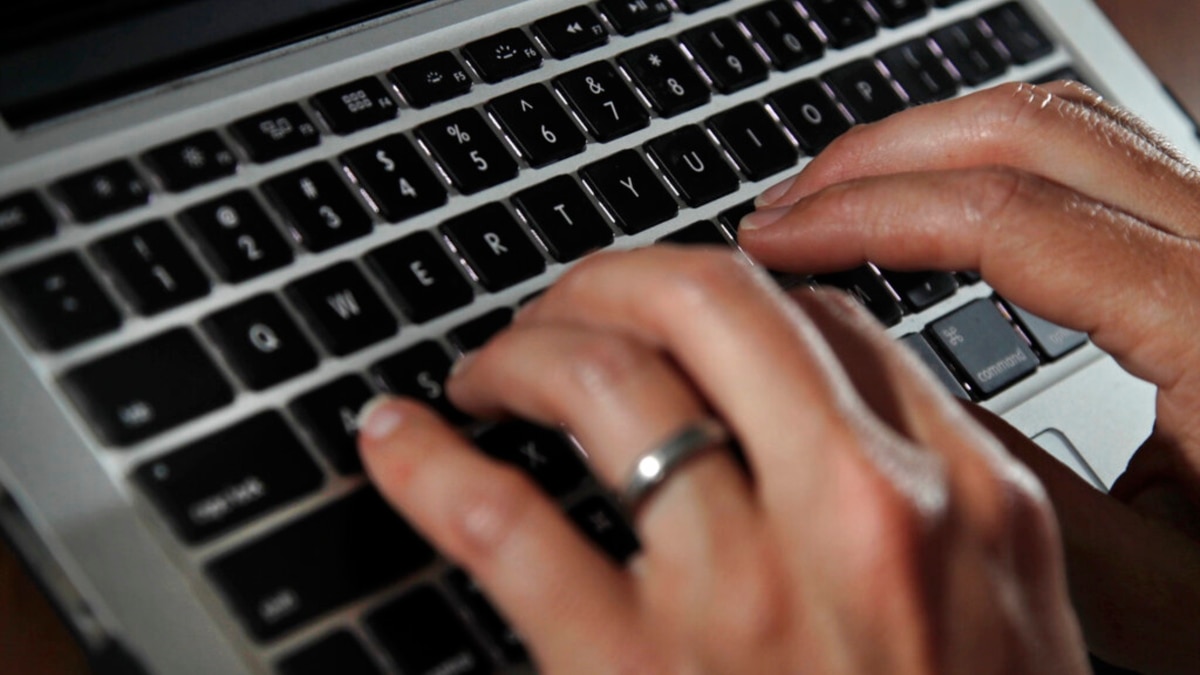 US, Australia and Japan to Fund Undersea Cable in the Pacific
It’ll boost internet access in three tiny Pacific countries

Australia, Japan and US undersea cable deal heads off China bid (theaustralian.com.au)
Subscribe to The Australian to get unrestricted digital access, home paper delivery, Apps for iPad and Android, member only +Rewards and much more…