On 5 December, Australia’s Therapeutic Goods Administration (TGA) provisionally approved the Pfizer COVID-19 vaccine for 5 to 11-year-olds. This places Australia among the first countries to approve the vaccination of children. Other states with children vaccination programs include the USA, which rolled out their program in November, Canada, which is about to start its roll-out, and Israel, Oman and Saudi Arabia, which have all approved the vaccination of children. The European Medicines Agency has also provided a recommendation to vaccinate 5 to 11-year-olds, but member states have their own policies and are, therefore, progressing at different rates. Italy approved the vaccination last week, France approved it for high-risk children and those, who are living with vulnerable adults, and Germany is expected to roll out its program at the beginning of 2022.

Compared to the rather slow start to the vaccination roll-out in general, Australia appears to have caught up with the rest of the world. Although the vaccination rate among some groups, i.e. indigenous communities and within the disability sector, is still comparably low, the nation’s overall vaccination rate lies at 87.9% for over 16-year-olds.

Nationwide, the 5 to 11-year-old age cohort is comprised of around 2.3 million children. The ability to vaccinate this group could, therefore, make a significant impact on Australia’s overall vaccination rate. Although children do not seem to contract Covid to the extent and as severely as adults do, they can still spread the virus. According to Prof. John Skerritt, Head of the TGA, the protection of vulnerable groups is one of the main reason for vaccinating children, as children are a ‘major transmitter of the virus to older people’. Another reason is the reduction of mental health risk. Once vaccinated, ‘kids can do what kids are meant to do’, i.e. go to school, play with friends, participate in sports, without being threatened by lockdowns and facility closures.

The TGA approval was only the first step on the way to a safe and effective roll-out. There are four in total. After the TGA has given its approval, it is up to the Australian Technical Advisory Group on Immunisation (ATAGI) to issue a recommendation on how the roll-out should be coordinated. Of particular interest hereby was the question whether the vaccine should be made available to all children at the same time or whether it should first be given only to the immunocompromised. ATAGI provided its recommendations yesterday, stating the vaccine should be made available to all eligible children from the start, though stressing that it was particularly important for those who had other risk factors like severe illness or those living in areas where there was an outbreak.

Now that the recommendations have been issued, specific training in relation to the use of Pfizer in paediatric cases will be provided to health professionals, before, in the fourth and last step, the TGA will start batch testing. The first shipment of paediatric doses is expected to arrive in Australia before Christmas and Minister Hunt highlighted in his press statement that the TGA would continue to batch test through Christmas and New Year. With all these steps, hopefully, completed by early January, the Australian government hopes to be able to commence the Pfizer vaccine roll-out on 10 January 2022.

With regards to the vaccine itself, this will be the same as for adults, but reduced to a third of the dose. The vials will be marked with coloured lids in order to prevent a potential mix-up with adult doses. It will be given in two doses that, ATAGI recommends, should lie at least eight weeks apart. This interval can, however, still be shortened to three weeks if necessary, i.e. if there is a significant outbreak.

Studies have shown that the efficacy of the vaccine in children is also about the same as in adults and that potential side-effects appear to be milder than those experienced by adults. The TGA based its approval on data obtained from studies conducted in the US, Finland, Poland and Spain. These showed that children’s reactions to the vaccine are identical to that observed in young adults.

The Moderna vaccine is also currently being considered by the TGA and ATAGI as a potential second vaccine option for 6 to 11-year-olds. A decision is expected in the coming weeks.

One of the main questions asked with regards to the approval of the vaccination of children under 12 throughout the week has been whether this would impact the government’s advice on the opening of state borders. The government’s four-phase plan was originally based on modelling by the Doherty Institute, stating it was safe to re-open borders once a national 80% double dose rate for the population aged 16 and over had been achieved. Some state Premiers, like the Premier of QLD, however, have previously insisted that children should be included in the modelling. When asked about this, Health Minister Hunt stressed that there was no reason for changes to state border opening plans. And so far, there has been no indication to the contrary.

5 to 11 year olds likely to start receiving COVID vaccine from next month
The Federal Government is waiting on final advice from its vaccine advisory group of Pfizer’s vaccine was provisionally approved by the nation’s medicines regulator. Head of the Therapeutic Goods Administration, Adjunct Professor Skerrit, says vaccinating children is a critical step in preventing th…

Here’s what we know about provisional approval for younger kids to get COVID-19 vaccine
When can kids get Pfizer? Is it the same vaccine adults receive? And should all kids be getting it? Here are the details of the rollout of vaccines for children aged five to 11 years. 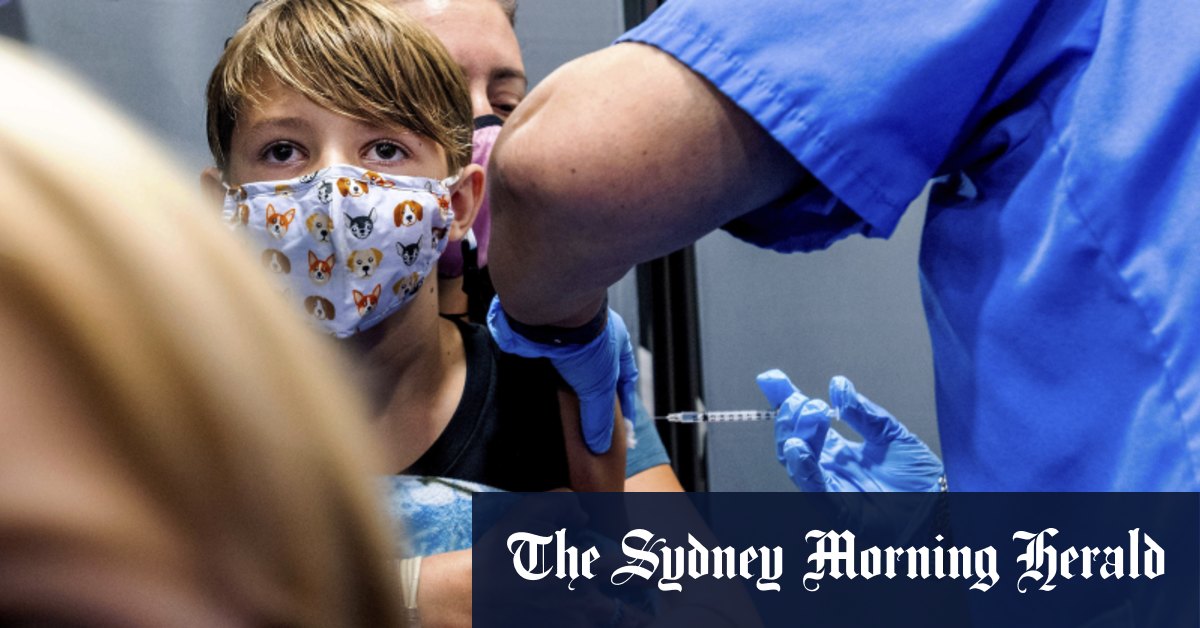 COVID-19 vaccines for kids to be approved within days
The first shipment of children’s doses is expected to land in Australia before Christmas ahead of a January rollout. 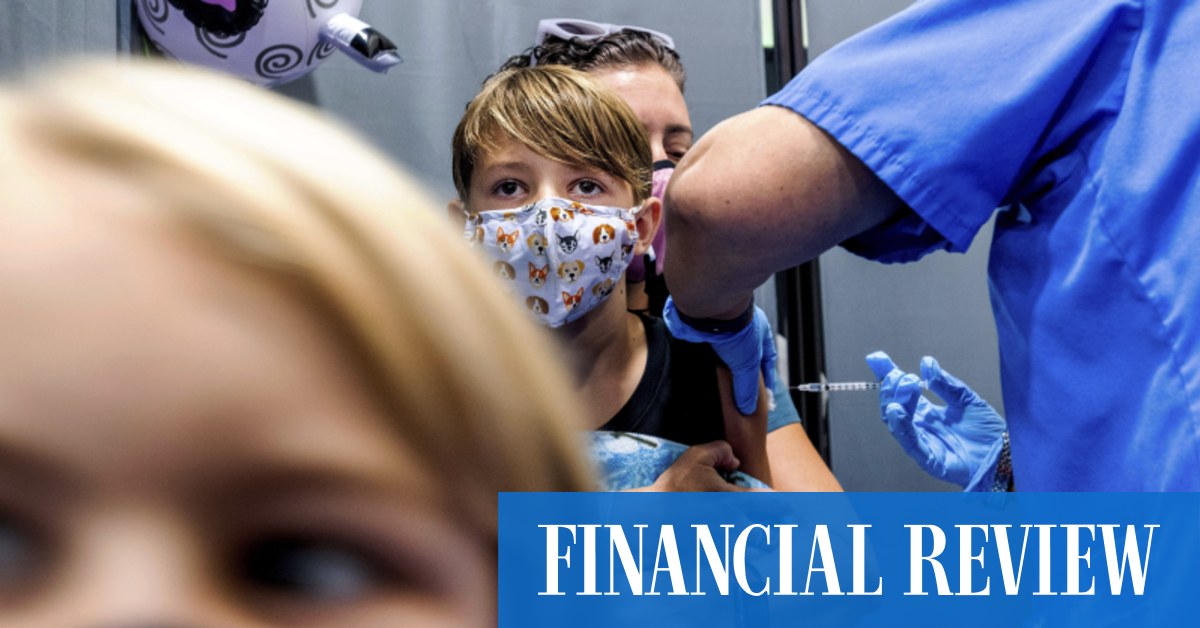 Pfizer vaccine for children from January 10
Australian children aged five to 11 could get a Pfizer COVID-19 vaccine as soon as January 10 as the first approval hurdles were cleared on Sunday morning.
Children aged 5 to 11 should get Pfizer jab for a lot of reasons says TGA head John Skerritt (theaustralian.com.au)
Pfizer side effects in kids revealed as vaccine is provisionally approved by TGA for Australian children under 12 (theaustralian.com.au)

ATAGI gives final green light for vaccine for five to 11 year olds, rollout to start next month
The national expert vaccine body has given the final tick of approval to allow kids aged five to 11 to receive the Pfizer vaccine, with the government planning to start the rollout early in January. 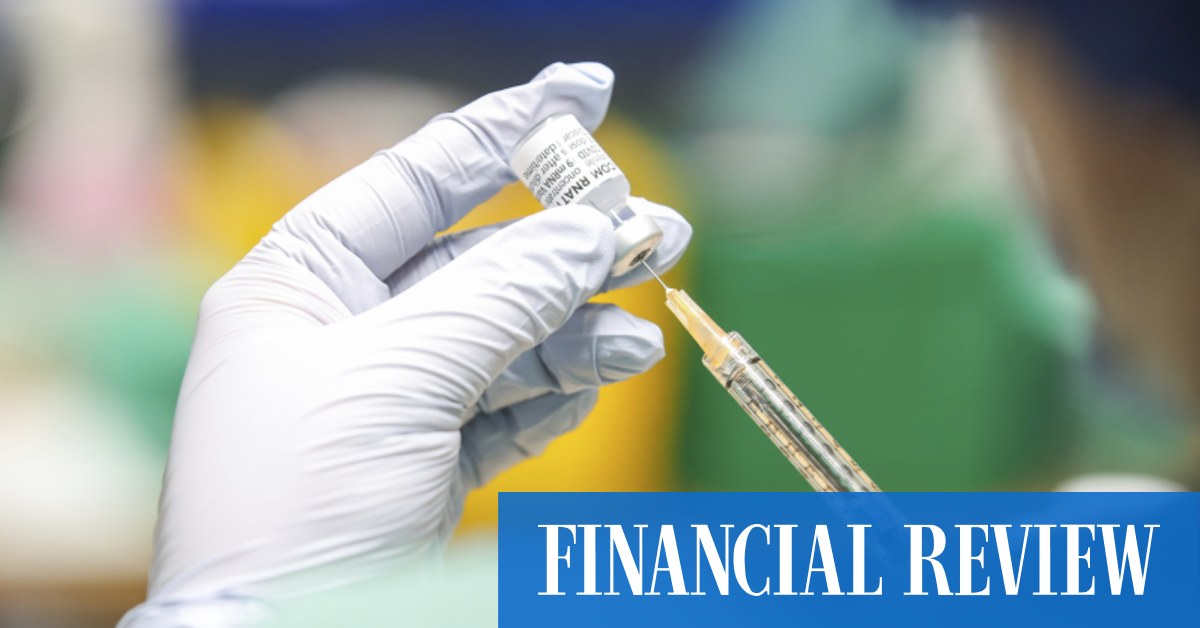 Vaccinating children against COVID-19 is crucial in the NT, experts say. Here’s why
The Northern Territory’s best shot at preventing another COVID-19 outbreak is to vaccinate children against the coronavirus as a top priority, say medical experts.