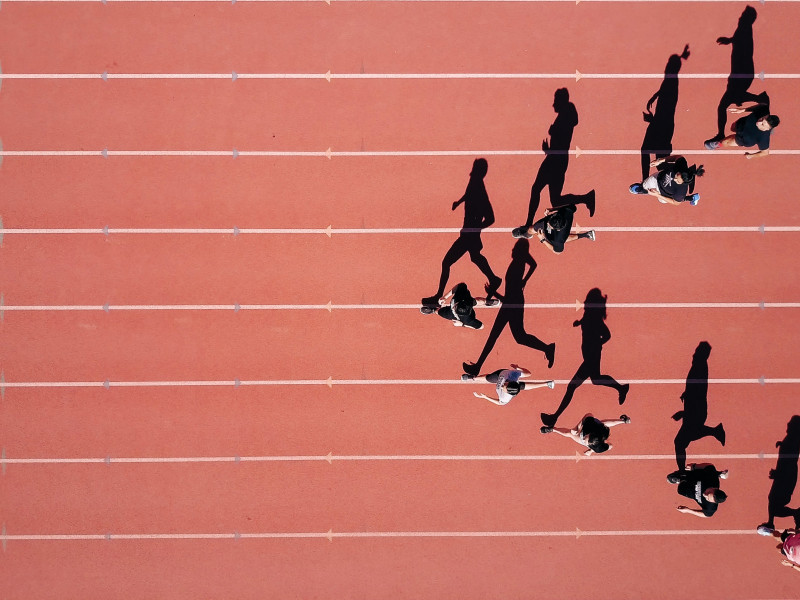 Australia’s Defence Strategic Update and EU Defence: Finding a New Power at the Pointy End of Foreign Policy and Diplomacy?

Disclaimer:The views expressed in these articles do not necessarily reflect the position of KAS Australia and the Pacific. Rather, they have been selected to present an overview of the various topics and perspectives which have been dominating the public and political debate in the Australia-Pacific region.

“Australia needs to prioritise diplomacy and development as well as defence in its approach to international engagement.”

“In this complex, rough and insecure world, the European Union must not become the pawn of hungry rising powers – China and India – or of self-related revanchists – Russia and also Turkey – or of egocentrics going off course – the United States. The Union must finally develop into an actor on a global scale, “truly take […its] fate into […its] own hands” (Angela Merkel), become “able to act credibly on the global stage” (Jean-Claude Juncker) and “learn the language of power” (Ursula von der Leyen)

…In this context, the deciding factor is not confrontational power, but formative power.”

It has been nearly a month since Australia’s Defence Strategic Update (DSU) has bee released (see Digital Snapshot #19) and much commentary and analysis have been focused on what the re-orientation means for the so-called ‘softer’ aspects of regional security: diplomacy, foreign policy and aid.

As I pointed out in my earlier thoughts on Australia’s major strategic re-orientation, the DSU clearly signals defence and deterrence as strategic priorities for the future. Overall, this was well-received but there is a substantial number of voices also suggesting Australia must equally address the destabilising national security effects of climate change, or that social and health programs for the COVID-19 response should have priority over investment into military hardware. This was also illustrated by the Lowy Institute 2020 poll which found Australians to regard drought/water shortages, epidemics and economic downturn as greater risks to Australia’s key interests than military conflict.

Moreover, what’s called ‘security through diplomacy’ is seen by many as a much-neglected element of a comprehensive regional security strategy that the DSU fails to prioritize. As one analyst pointed out, the investment in diplomacy and development Australia’s 2019 federal budget was the lowest ever in Australia’s history , stating it was less than one fifth of the amount spent on defence. And over the last fortnight, the Department of Foreign Affairs and Trade (DFAT) announced further cuts in the slashing of over 60 jobs, many of them in the Pacific area.

Given the global impact of the COVID-19 crisis on strategic relations and geopolitics, it is not surprising that similar thought processes about deterrence and defence are under way in Europe, based on pre-existing debates on what Europe’s security posture in a changing security paradigm should entail. Notable here were earlier comments by EU Commission President Ursula von der Leyen, the former German Defence Minister, that while the EU was strong on soft power and diplomacy, it also needed to “learn the language of power” in the form of “credible military capabilities” to be able to navigate a changing world. Similarly, Ms von der Leyen’s successor as Germany’s defense minister, Annegret Kramp-Karrenbauer, called for Germany to play a more active military role in the world.

It will therefore be interesting to watch what Germany will do in the defence and security space during its six-month EU Council Presidency (which commenced in July). What had already been on the agenda – performing a critical review of ongoing PESCO projects (a process by the EU Global Strategy for

Foreign and Security Policy of closer cooperation and increased investment in security and defence capabilities) as well as setting an agenda for navigating the volatile security environment – is said to become a greater challenge against the backdrop of intense negotiations amongst the EU member states over pandemic-induced budget constraints.

Overall however, it appears that for a large number of European experts and instititions the pandemic is reinforcing earlier recognitions that a broadening of the definition of security beyond military threats is required. Resilience and democratic sovereignty have for instance been key terms for a while in the EU’s and meber states’ foreign and security policy discourse. At the same time, there is a keen awareness that traditional threats should not be underestimated as the effects of the COVOD-19 crisis are seen in the area of great power competition. Accordingly, alongside the management of the pandemic, Germany for example has since March had several fundamental debates on defence issues, such as over Tornado replacements, the future of nuclear deterrence as well as legislative and ethical frameworks surrounding drone acquisitions.

One review, drawing on perspectives from NATO countries like the United Kingdom, Germany and Norway for example noted that “the crisis is likely to amplify great power rivalry and pressure on the multilateral system. The erosion of transatlantic relations is part of this problem.”

In this regard, the EU is regarded by China’s (and to some degree Russia as well) as internally fragmented and manipulable since the EU’s plurality of interests make it more difficult to present a unified position. While China’s greatest rival is the United States, the European Union -as a US ally – is therefore seen as a convenient target. And the economic destabilization caused by the pandemic and failure of US leadership in the global response to COVID-19 is said to present ample opportunity for the regime in Beijing to present itself as a viable partner and provider of soft power.

As was highlighted in a conference discussion on Europe-Australia relations between Australian commentator Stan Grant and the former Swedish Prime Minister Carl Bildt this past week, what (potential) Russian meddling in their domestic affairs is for Europe and the US, is Chinese interference for Australia: ‘So, we have things to learn from each other.’

In a geopolitical environment where international law, treaties and agreements are less and less reliable as absolutes, we are confronted by greater unpredictability and a loss of trust; tough realpolitik seems to reign supreme as these developments don’t provide a conducive climate for diplomacy to deliver enough power.

The conclusion may well be that the only solution for democracies in this new strategic conundrum is to cooperate more – starting with developing better frameworks for communicating clearly with potential adversaries. In this context, the concept of ‘FORMATIVE POWER’, as touched on by Brigadier General (ret.) Armin Staigis, former Vice of the German Federal Academy for Security Policy provides food for thought: A form of power that is more constituitive than confrontational 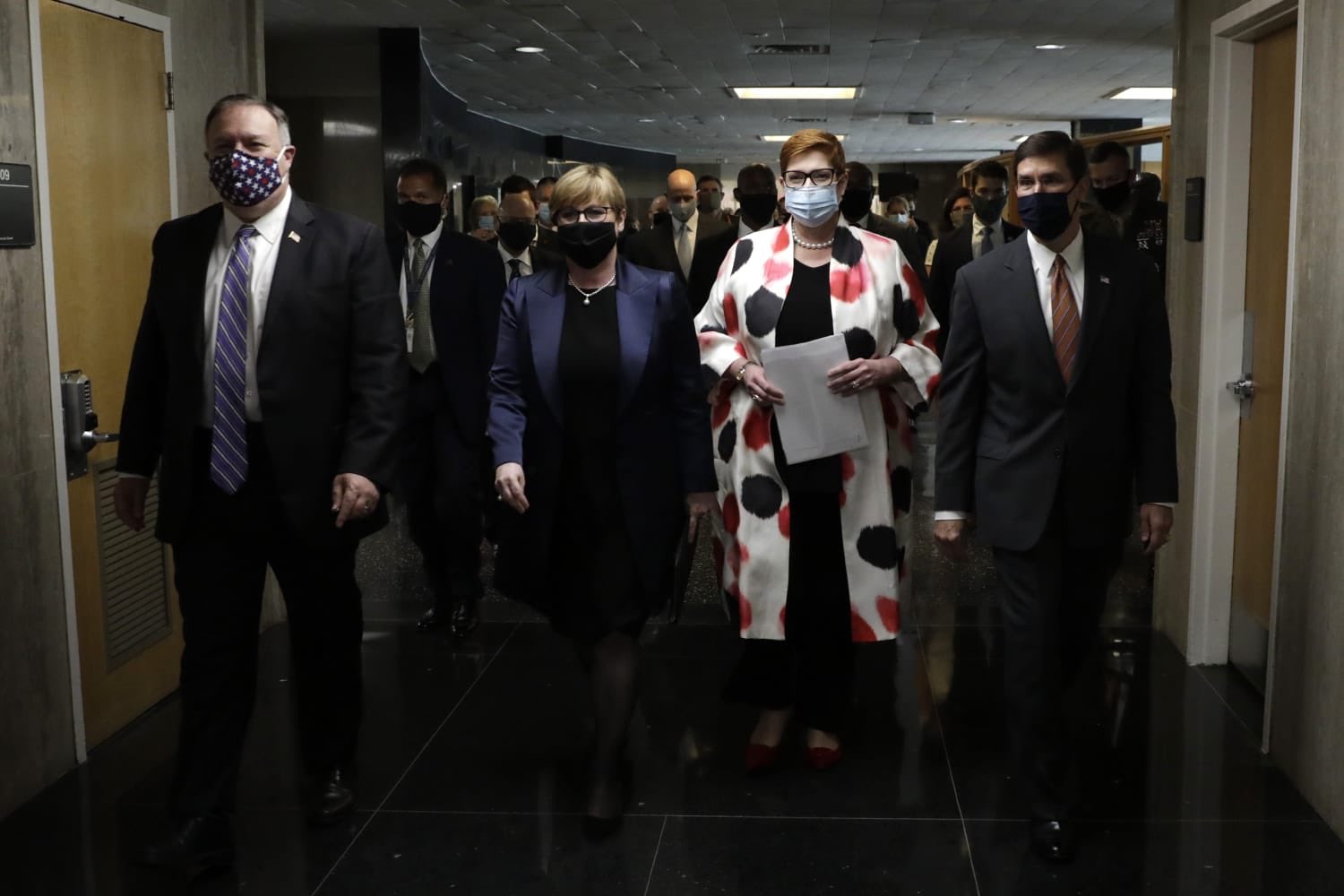 Australia’s foreign policy needs a strategic update | The Strategist
The 2020 defence strategic update has been a welcome first step for many who see Australia’s place in the world and our region become increasingly insecure. Beijing’s recent demonstration of its willingness to leverage its …

Australia’s Defence Strategic Update: when all you have is a hammer | East Asia Forum
To avoid a militarisation of Australia’s international relations, Canberra needs to better balance defence, diplomacy and development approaches 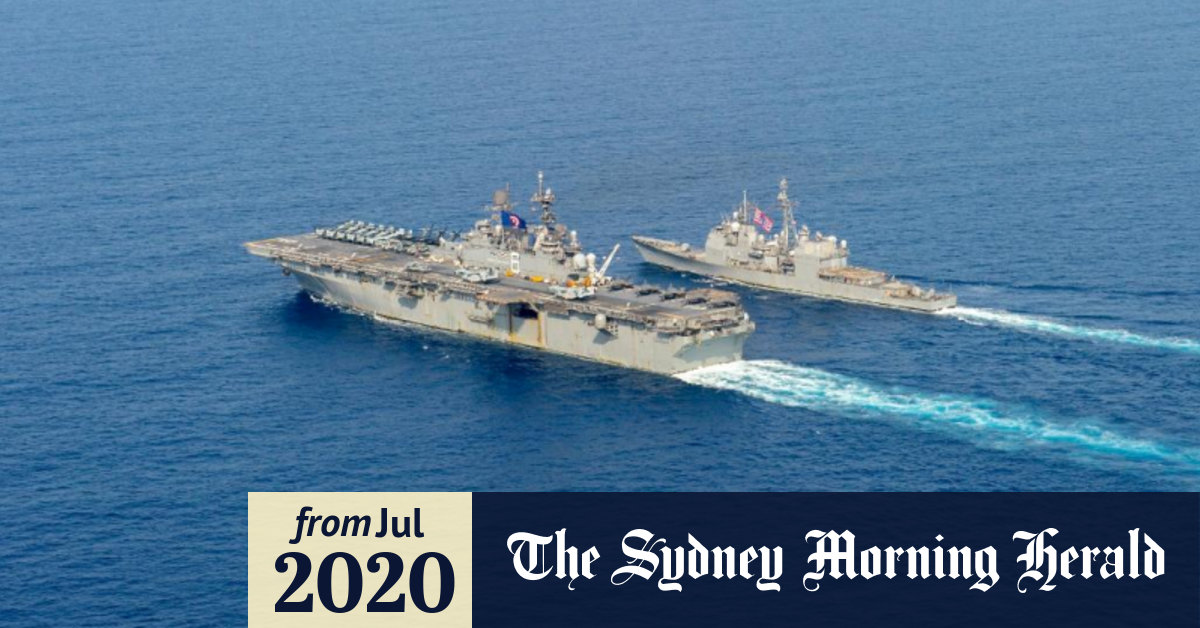 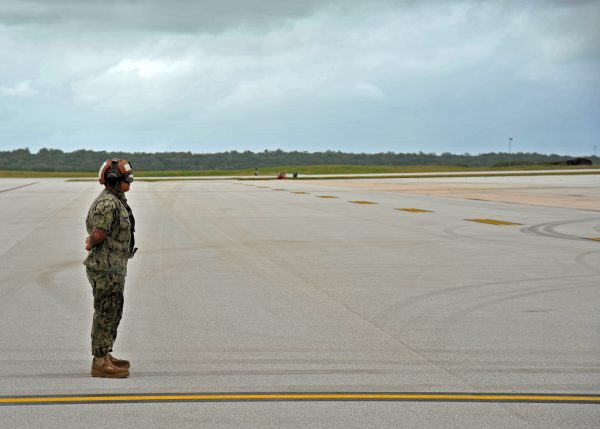 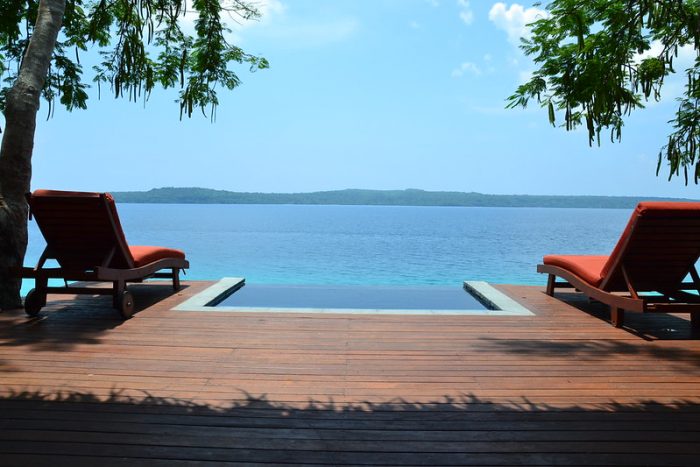 This is not the time for Australia to reduce its aid to PNG and the South Pacific | The Strategist
As the federal government prepares to hand down its pandemic-delayed national budget in October, it will be looking for areas in which spending can be cut. When the pressure’s been on in the past, the … 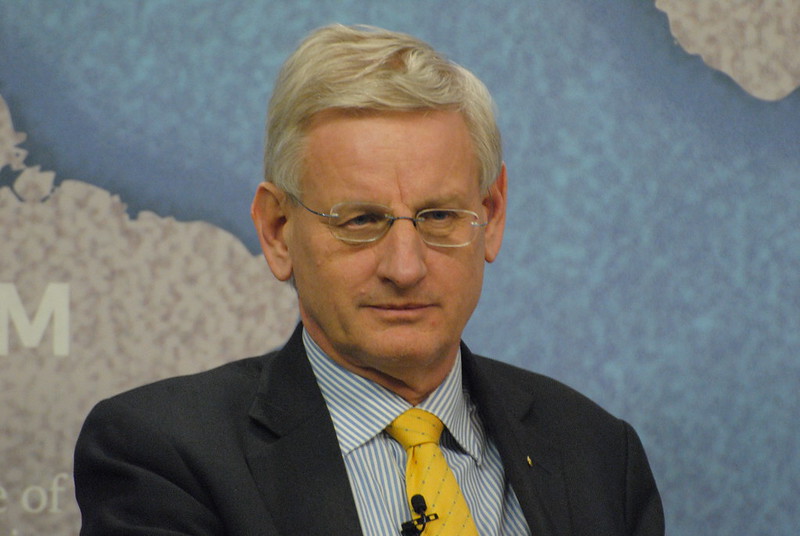 Carl Bildt: Beware of flashpoints in a multipolar world | The Strategist
One of the world’s most experienced political leaders, diplomats and peace negotiators has warned that in the face of growing global discord, the democracies must support each other and build systems to communicate clearly with … 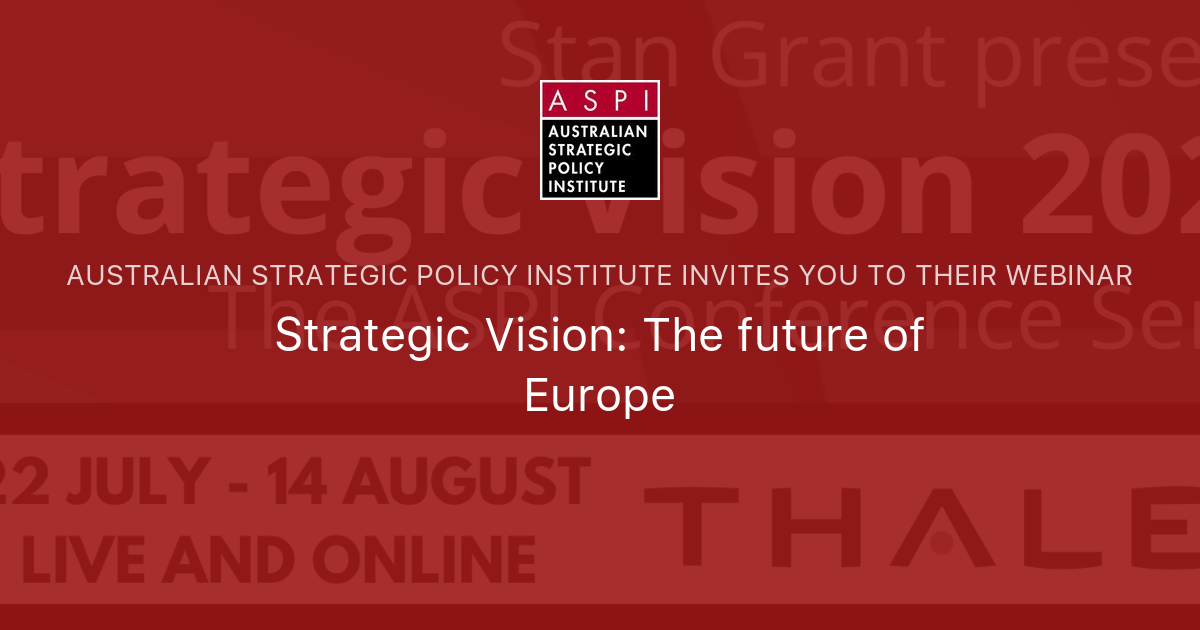 Strategic Vision: The future of Europe | Australian Strategic Policy Institute
In this session, Stan Grant will be in conversation with Carl Bildt, former Prime Minister of Sweden (1991-1994), about the future of Europe. They will discuss Europe after Brexit and Covid-19, EU foreign policy, Australia-Europe relations and the challenges ahead for Europe. 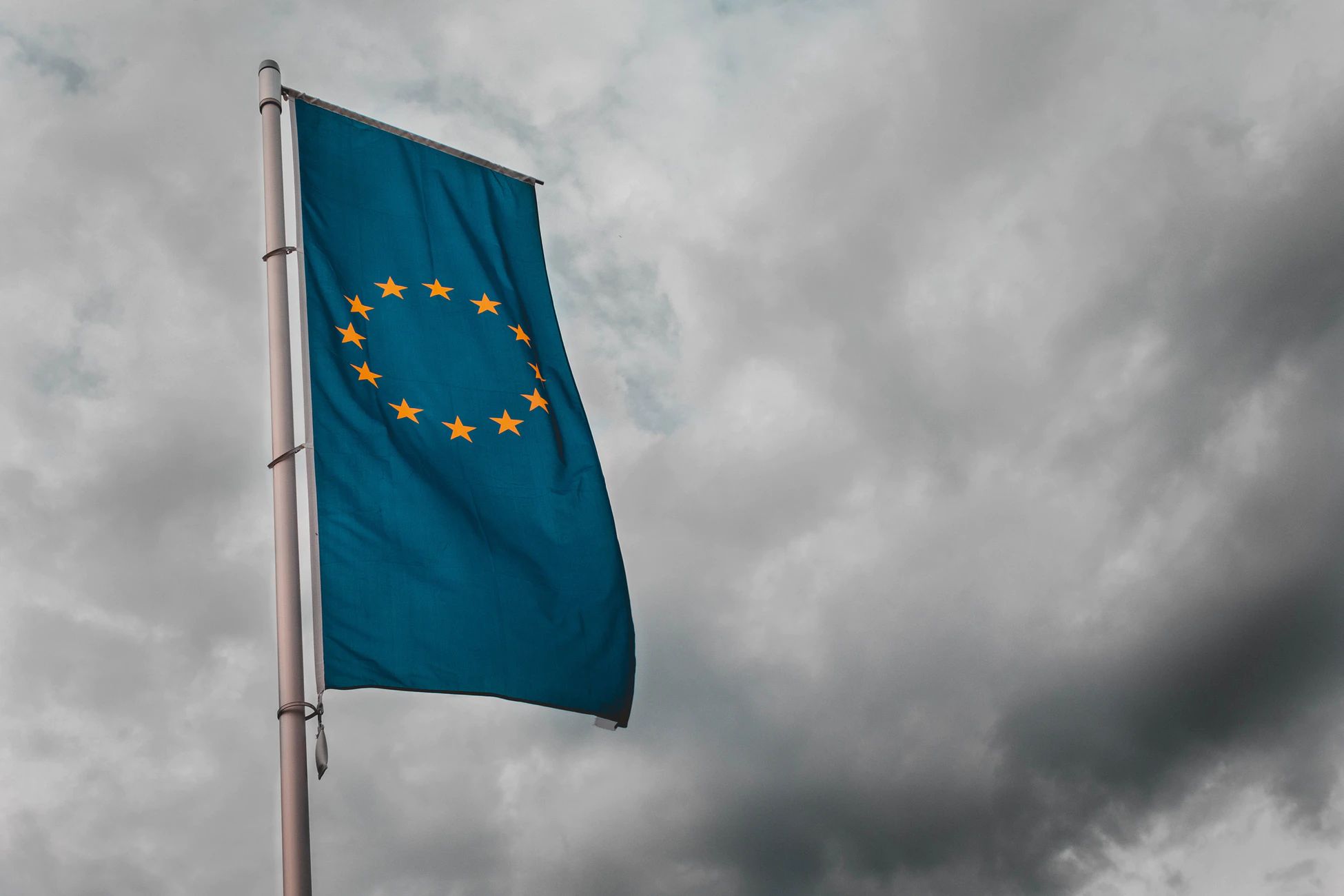 Europe’s Emergency – Now!
After the 2020 Munich Security Conference, the President of the Federal Academy for Security Policy put forward a paper entitled “Europe in an Emergency“. He couldn’t know yet that it would only be a few weeks before Europe, the European Union, was faced with an emergency. 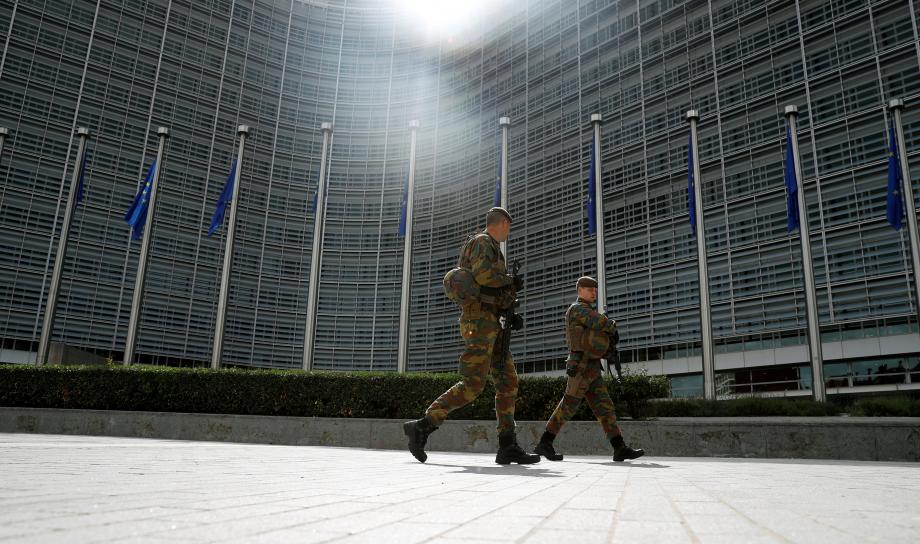 Deterrence and Defense in Times of COVID-19
Due to the COVID-19 pandemic, Europe is headed for a recession that will dwarf the economic downturn after the 2008 financial crisis. The impact on national defense sectors could be devastating. But as crisis and responses are still in the early stage, governments can still take measures to mitigate… 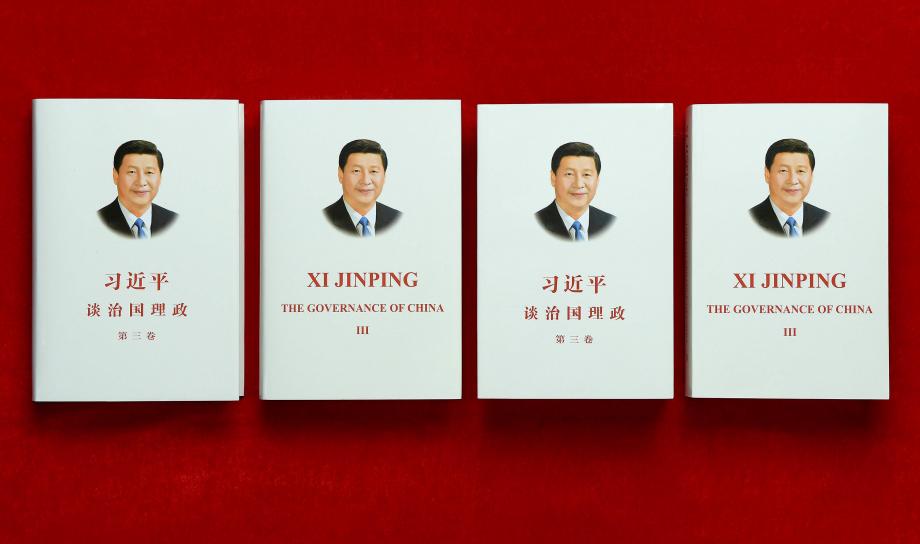 How “Democratic Security” can Protect Europe from a Rising China
The Communist Party of China (CPC) plans for China to achieve effective global dominance by 2049. It is using the major global crisis caused by the COVID-19 pandemic to secure strategic advantage through propaganda and disinformation, assertive, sometimes aggressive diplomacy, pursuing targeted inv…
communication-eu-security-union-strategy.pdf