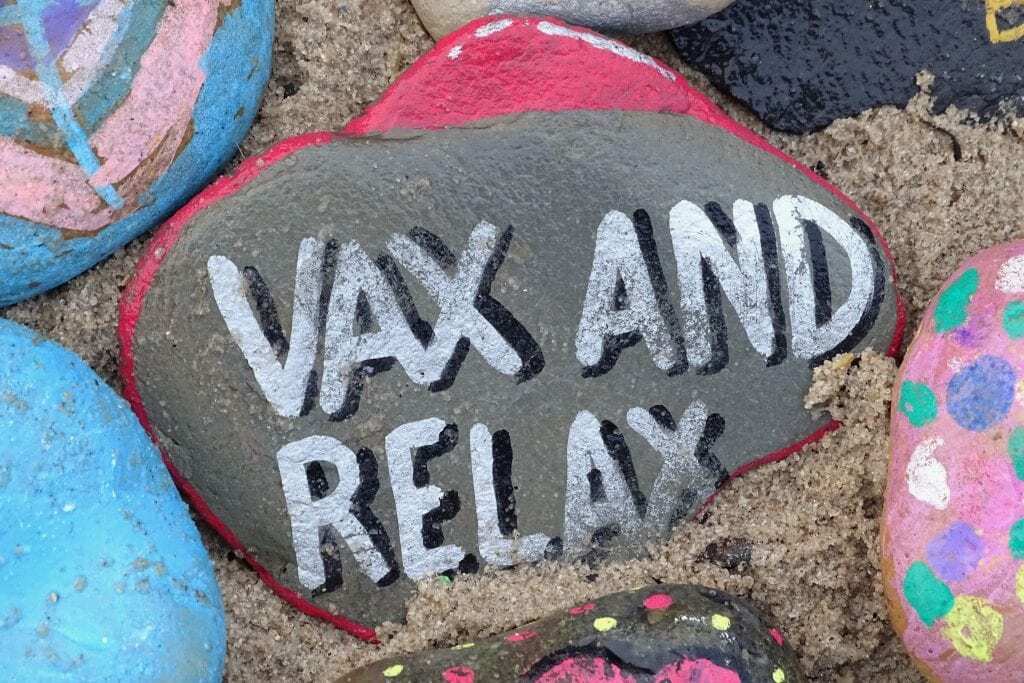 While the Australian Government has successfully stemmed a large nation-wide Covid-19 outbreak, the country’s vaccine rollout did not go as planned and the vast majority of the population is still unvaccinated. Its ‘stay home, save lives’ campaign in the early months of the pandemic was effective in containing the virus and – despite constituting unprecedented restrictions to their freedom- overall, Australians have been largely supportive of the ongoing targeted lockdown and border closure measures. Australia’s borders have been closed since the start of the coronavirus pandemic and are set to remain so until at least mid next year.

While the Australian Industry Group’s chief executive Innes Willox has claimed Australians lived in a “gilded cage”, the Australian public seems to see it largely differently. Opinion polling shows overwhelming support for keeping those measures in place to keep the virus at bay even though this comes at a heavy cost – both financially and personally -for some (citizens re-entering the country are currently mandated to undergo a 14-day hotel quarantine – at a personal cost of $3000. Given the resulting limits on the number of people able to enter the country, there is still a backlog of tens of thousands of citizens unable to return home to date.) The Morrison government nevertheless earned itself a reputation as solid pandemic managers through its tight international border control regime that has spared the country the fate of other industrialized nations. A Lowy Poll showed in May that “almost all Australian adults (95%) say that Australia has handled COVID-19 well, with a 22-point jump in those saying Australia has handled COVID-19 ‘very well’ “  The Poll also found that despite thousands of Australians continuing to seek repatriation, the majority of Australians appear to support the federal government’s current approach: six in ten Australians (59%) say that the federal government has done about the right amount to bring Australians home from overseas (33% say that the federal government has not done enough, while 7% say the government has done too much).

At the same time, when it comes to ensuring the population is vaccinated, the Australian government is under fire for bungling the national roll-out. And despite very low overall case numbers, the pandemic is still far from over in Australia, as highlighted by the current seven-day lockdown in the state of Victoria that was implemented the end of last week to contain a rapidly growing COVID-19 cluster. And this has pushed an ongoing controversy about the government’s quarantine and vaccination strategy to the forefront of the debate. The latest Victorian outbreak was the result of a transmission in hotel quarantine in South Australia, when a released traveller returned home to Victoria with a highly infectious variant and – unaware of his infection at this stage – moved about freely in the community, leading to what the Chief Scientist has called a ‘superspreader event’. This marks the 17th outbreak stemming from transmission in hotel quarantine in the past six months, giving rise to debates about the need for purpose-built facilities instead of hotels with inadequate ventilation and access systems.

When announcing the lockdown, Victoria’s acting premier James Merlino did refer to the national quarantine system and vaccine rollout as key variables, stating that “ a lack of suitable quarantine facilities and a reluctance from some people to get vaccinated had been frustrating.” He further commented the national vaccine rollout was not “where it should be and if more people were coming forward to get the jab, Victoria could have been looking at a very different situation right now.” Merlino stopped short of directly criticizing the federal government for the delay in the rollout, pointing out that “there are global reasons for that delay”. In the meantime, the federal health minister Greg Hunt released 130,000 vaccines to Victoria to speed along the state’s vaccination campaign.

A closer look at these issues raises a number of interesting questions with wider applicability, especially in regards to the efficacy of border closures and an alleged lack of national coordination.

Since the start of the COVID-19 pandemic there has been ongoing debate about the benefits of border controls in controlling the spread of the virus, and its impact on GDP growth. New research from the Australian National University appears to back the efficiency of border closures – not only in stemming the tide of the virus but also in regards to economic recovery. A recently published analysis found that closing borders in the first wave of the pandemic in 2020 reduced COVID-19 infections and fatalities and in fact supported economic growth. This points to both a public health and economic payoff as a result of imposing effective international border restrictions. The peer-reviewed paper used data on the growth in COVID-19 among similar Nordic countries – Denmark, Finland, Norway and Sweden – to evaluate the impact of international air border closures on COVID-19 cases and found that – at least in OECD Europe, the implementation of national measures that successfully controlled the COVID-19 fatalities per capita did not negatively impact on overall economic growth in 2020. The countries that helped to keep their case numbers lower by closing international borders appeared to also have supported their economic growth during 2020.

Yet, when it comes to ensuring national immunity, the Australian government has been less successful to deliver the promised vaccinations. Questions are now being asked about what went wrong and how federal and state governments can get the program back on track to ensure the Australian community is protected.

This includes not only probing whether the government has messed up its messaging to get citizens behind the vaccination campaign but bigger political questions – such as whether the Australian government in fact “missed an opportunity to adopt a more shared, decentralised decision-making structure through the National Cabinet.” Commentators pointing to Victoria’s earlier outbreaks and prolonged lockdowns asked why the “tough lessons of Victoria’s hotel quarantine failures weren’t picked up by other states and a set of standards was developed? Why the dithering on a purpose-built quarantine site?

These are tough questions with no immediately satisfying, simple answer. Yet, they point to more important questions that we possible do have answers for, even if they simply tell us ‘ it’s more complicated than it seems’. As one analyst pointed out:

“Governments in Australia do not publish sophisticated approaches to prioritisation. They rely too much on the budget process, which has limits as a mechanism for prioritisation. Budget processes tend to lead to too many initiatives at once, underplay reforms that pay off over the longer term, and don’t pay enough attention to the limits of political capital.The biggest stumbling block to prioritisation is not disagreement about what is a valuable end, but how to trade off these ends.

Governments should be more articulate about the breadth of the valuable ends they serve. While rhetoric tends to focus on economic growth, there is little dispute that governments are also trying to improve health, education, public safety, social connection, the environment, the scope for individual choice, and cultural identity.”

Do these issues indicate the need for a stronger push towards major policy change in the wake of the pandemic?  Is the pandemic indeed an opportunity to remodel the economy? Can the pandemic be used to change the migration system for the better? When the government reopens the borders, how should Australia select migrants, giving preference to certain skilled migrants for their long-term economic potential? How will our societies change in composition after the pandemic, or rather, as part of the new normal?

These are interesting question to ask in comparison with debates in other countries. How Australia has been left in the vaccine slow lane
What happened to Australia’s vaccine rollout? Four Corners speaks to the key decision makers, experts, and those on the frontline of the strategy that is our way out of the pandemic. 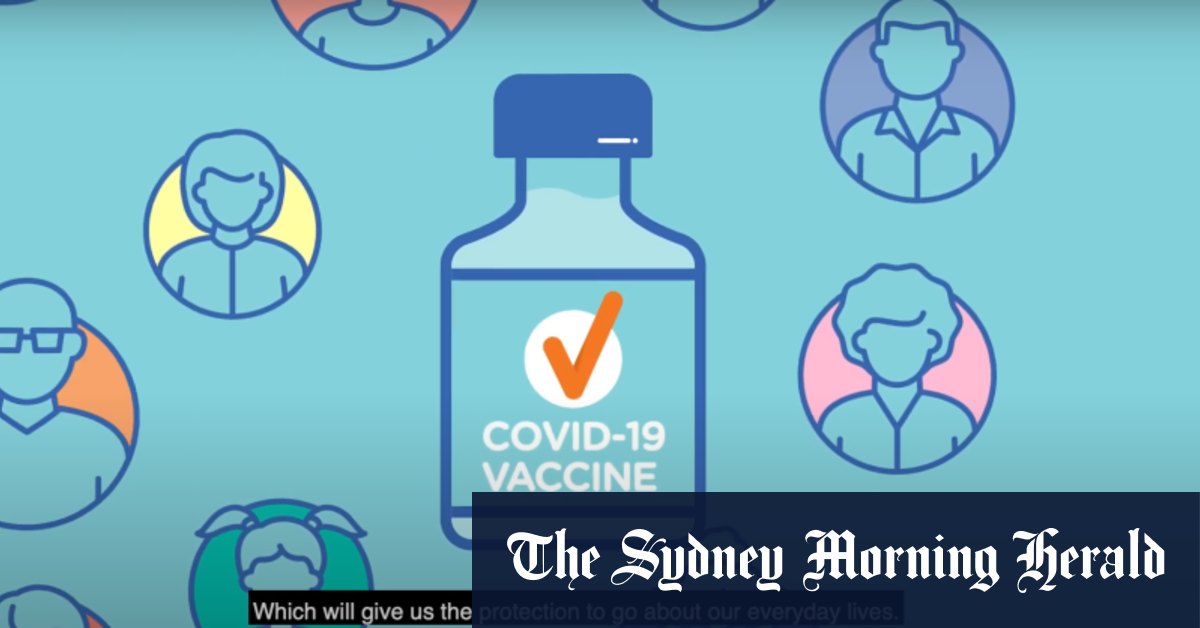 ‘Those ads won’t work on anyone’: New tack to motivate younger people to get the jab
A major advertising campaign from ad agency BMF will begin in July to encourage under 40s to get vaccinated. 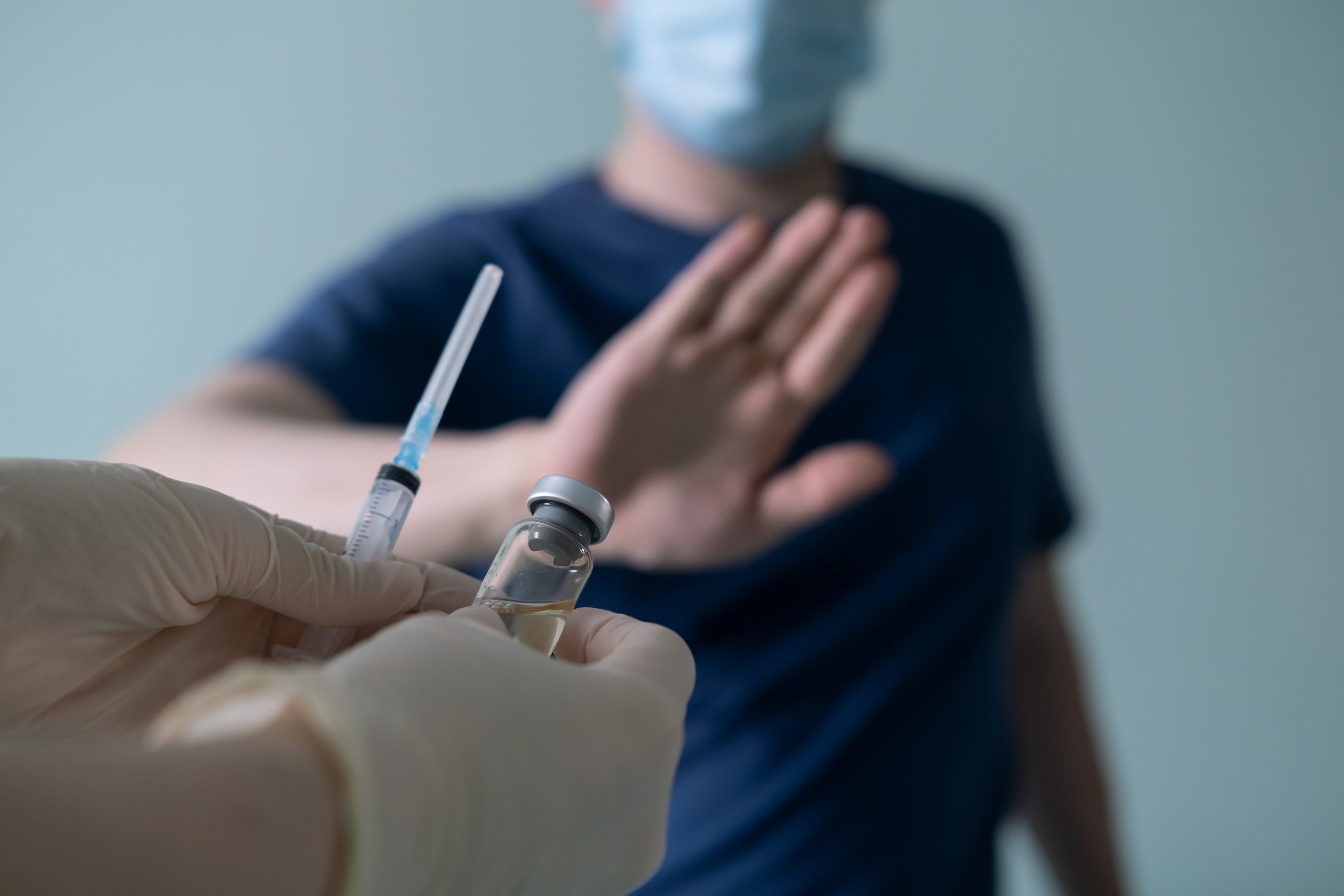 How to tackle vaccine hesitancy – Grattan Institute
The rollout has been a train-wreck. Here’s what the Federal Government needs to do to restore public confidence in Australia’s COVID-19 vaccination program. 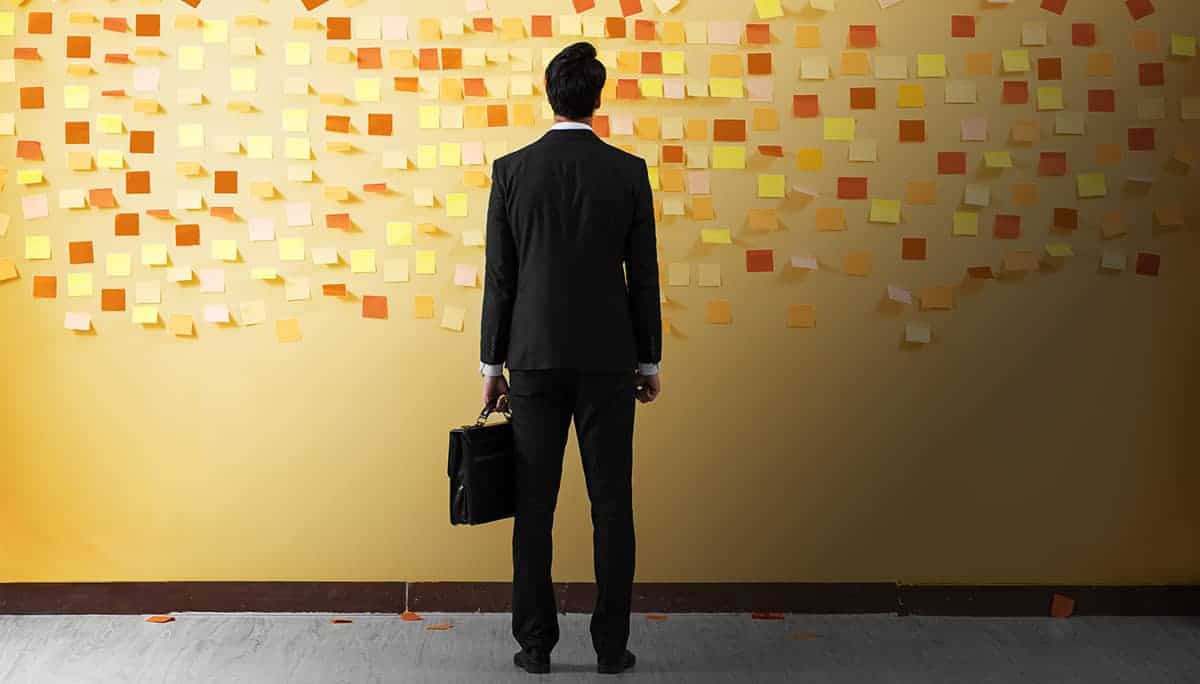 Prioritising a government’s agenda – Grattan Institute
Australian governments would be better at policy reform if they prioritised their agenda better. Here’s how they can do it. 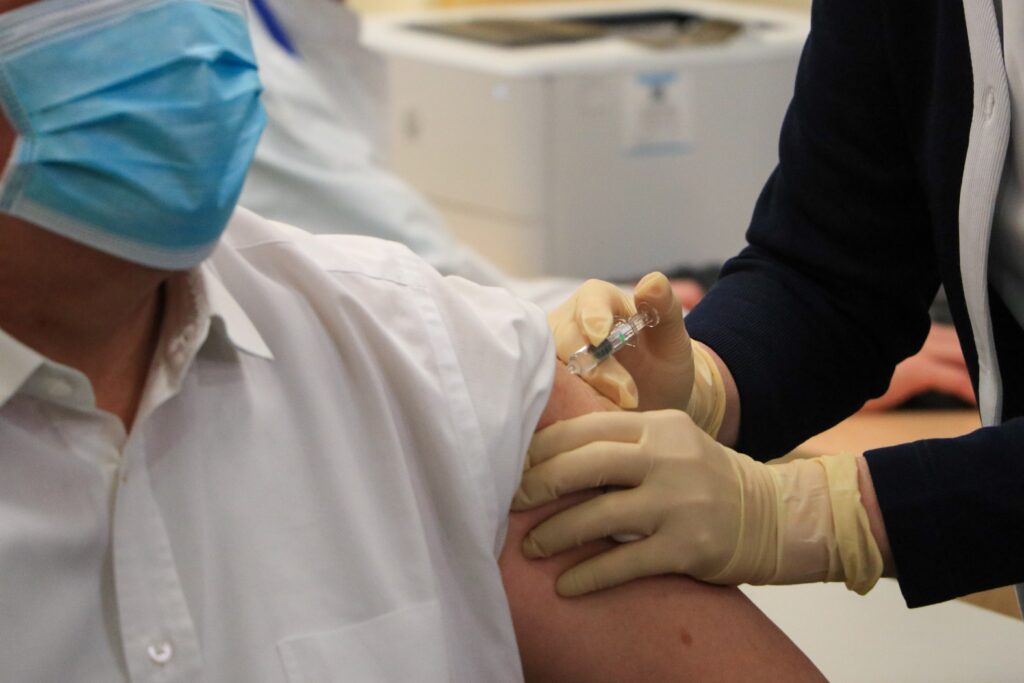 Nurses prepping shots behind the bar at the local racecourse: The vaccine rollout in regional Australia
Regional and rural Australians are being urged to help kickstart the country’s faltering vaccine rollout, and while some are keen to just “get it done” doctors say they’re encountering their fair share of patients with concerns.

Why is the government delaying the quarantine conversation we have to have?
If there was something lacking from the Budget, it was a comprehensive roadmap of what we’ll need to do to get out of our economic gilded cage, writes Laura Tingle. 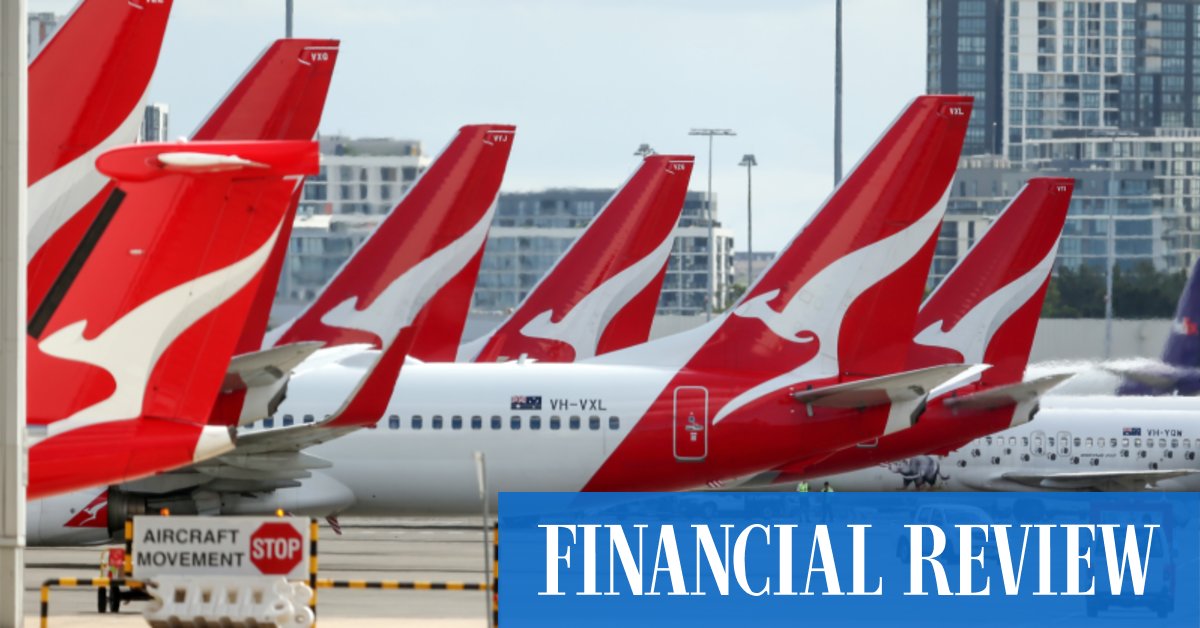 COVID vaccine Australia: Qantas may offer 1000 frequent flyer points for COVID-19 jabs
Billions of frequent flyers points along with travel vouchers and status credits could be rewarded to people who get COVID-19 jabs as Qantas pushes to get Australians vaccinated as quickly as possible.