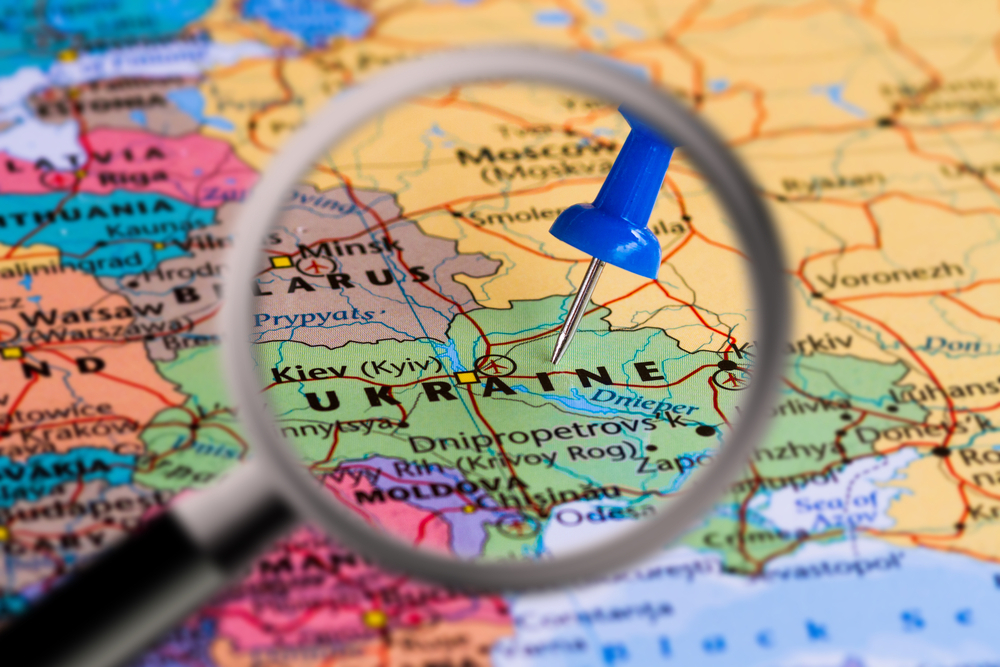 ‘I’ll call it what it is – the Russian government launched a brutal invasion, unprovoked, on Ukraine, and should be condemned for doing so – and Australia does.’, said Prime Minister Scott Morrison in a statement on the Russia-Ukraine war.

From the start of the crisis, there has been widespread, bi-partisan support of a strong stance against the Russian invasion of Ukraine in the Australian Parliament, with both sides calling on Russia to ‘withdraw and return Ukraine to a peaceful situation’. With just over 40,000 Australians of Ukrainian descent, the situation in Ukraine has become of particular concern across the country, and the government has stressed its intent to ensure that ‘there is a cost for [Russia’s] violent and unacceptable and egregious behaviour’.

So far, Australian measures have included travel bans and targeted financial sanctions on Russian President Putin and the remaining permanent members of the Russian Security Council, additional sanctions on more than 350 Russian individuals (including MPs, military commanders and oligarchs), and sanctions on 13 Belarusian individuals, including Minster of Defence Viktor Khrenin. In addition to these individual sanctions, as part of the international effort, the Australian government has also sanctioned Russian organisations and banks. This means that Australian entities can no longer do business with these institutions or invest in the state development bank. Sanctions implemented under the Autonomous Sanctions Regulations 2011 that applied to Crimea and Sevastopol have also been extended to Donetsk and Luhansk, targeting and prohibiting trade in the transport, energy, telecommunications, and oil, gas and minerals sectors in these regions.

But Australian measures in support of Ukraine have not been limited to sanctions alone. At home, on 23 February, the government announced an automatic six-month extension of visa due to expire up to 30 June for Ukrainian nationals currently in Australia, as well as a prioritisation of outstanding visa applications from Ukrainian citizens. As part of the international effort to reign in Russia and to ensure that it ‘incurs the high cost it deserves’ for its actions, Australia has committed to work with NATO and other partners to provide ‘lethal as well as non-lethal military equipment, medical supplies, and financial assistance to support the people of Ukraine’. This includes, among other things, a contribution of US$3 million to NATO’s Trust Fund for Ukraine and a pledge of AUD$70 million to buy military equipment and weapons (including anti-tank missiles). It has further stated that it ‘strongly supports’ the announcements by other nations on their respective economic measures, emphasising that it would take any necessary complementary steps if required. In a statement this week, PM Morrison signalled that he would also like to see Russia expelled or suspended from this year’s G20 leaders summit in Indonesia, stating that Russia had ‘self-selected themselves as a pariah state and that’s how they should be known all around the world […]’. However, this is unlikely to happen, as such a decision would require the approval of nations such as China, India and Saudi Arabia.

Australian businesses, too, have voiced and demonstrated their strong support of Ukraine, with investments in Russian assets being reviewed or withdrawn, and some major retailers pulling products made in Russia off the shelves after calls for boycotts from the Ukrainian community.

The Australian Ukrainian community has been very vocal in its condemnation of Russia’s incursion. President Putin’s claim, the purpose of the invasion was to drive out Ukraine’s ‘Nazi rulers’ has been perceived as especially offensive. As a result, there is a growing interest from some parts of the community to join the fight. This has raised an interesting question for the Australian government – that of the legality of Australians going overseas to join up with foreign armed forces. The government cited the Foreign Incursions and Recruitment Act to warn that joining a foreign conflict might leave Australian citizens exposed to sanctions on their return to Australia. Despite these warnings, there are still Australians willing to take the risk and make their way to Ukraine.

Although the Australian public has widely welcomed the government’s approach to the war so far, in some instances questions were raised with regards to its rhetoric. For example, while Prime Minister Morrison was quick to condemn China for not decisively speaking out against Russia, he did not comment on India’s similar silence on the matter. To an outsider this might not appear to be of much significance, however, when taking a closer look at Australia’s relations with the two nations, this changes. From China, in light of its own ambitions towards Taiwan, its well-known opposition to foreign interference in what it perceives as internal matters, and its recent announcement of a ‘no-limit’ partnership with Russia, a non-committal attitude towards the conflict was only to be expected. In fact, the fact that it did not openly support Russia but recently even went so far as to state that no actor should ‘recklessly harm the sovereignty and security of other countries out of seeking its own absolute military superiority and absolute security’, was probably more of a surprise to many observers of the situation.

From India, a nation generally perceived as close ally to the West and in its role as a member of the Quad, this attitude should at least have raised a few eyebrows in Australia. It is likely that the Australian government’s reluctance to criticise India’s stance on the conflict lies precisely in the fact that India is considered a closer ally to Australia. A second potential reason might be that the Australian government recognises that India is in a similar situation regarding Russia as Australia was in at the beginning of the deterioration of its relations with China.

Regardless of these criticisms, Australia’s approach to Russia invading Ukraine has generally been well-received nationally as well as internationally. And to the current coalition government, this war of aggression offers the additional benefit of allowing it to represent itself as a strong and security-focused global player in the run-up to the upcoming federal elections in May.

Press Conference – Sydney, NSW | Prime Minister of Australia
PRIME MINISTER: At 2:00 p.m this afternoon, the Russian Government declared that they had commenced a so-called ‘special military operation’ in Ukraine. And they said this after months of aggression and intimidation. But I’ll call it what it is. The Russian Government launched a brutal invasion, unp…

Economic measures against Russia and lethal military equipment for Ukraine
The Australian Government is deeply concerned at Russia’s brutal invasion of Ukraine, which is a gross violation of international law and the United Nations

Australia’s response to Russia’s aggression against Ukraine
The Morrison Government is taking immediate action to sanction Russian individuals, organisations and banks as part of the international effort to impose a s 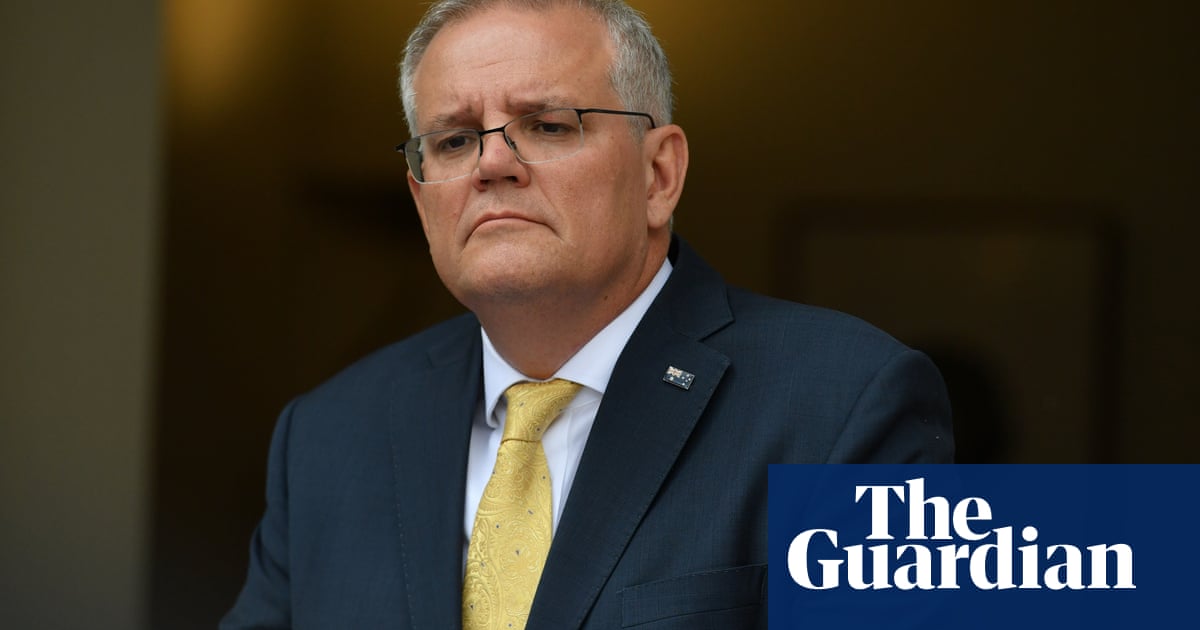 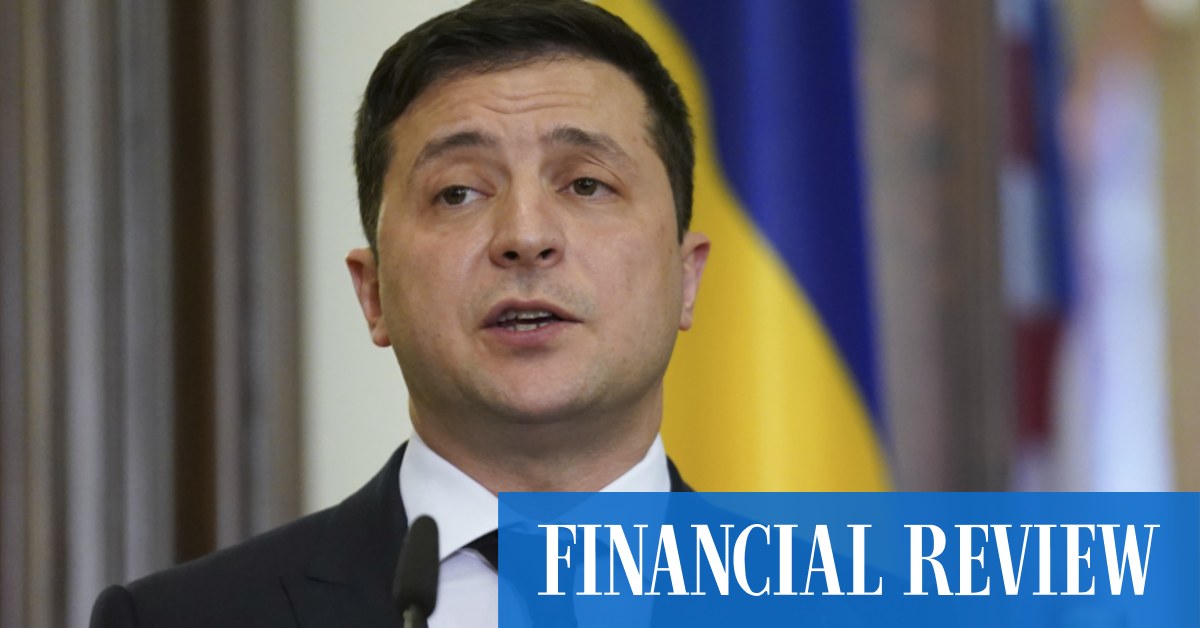 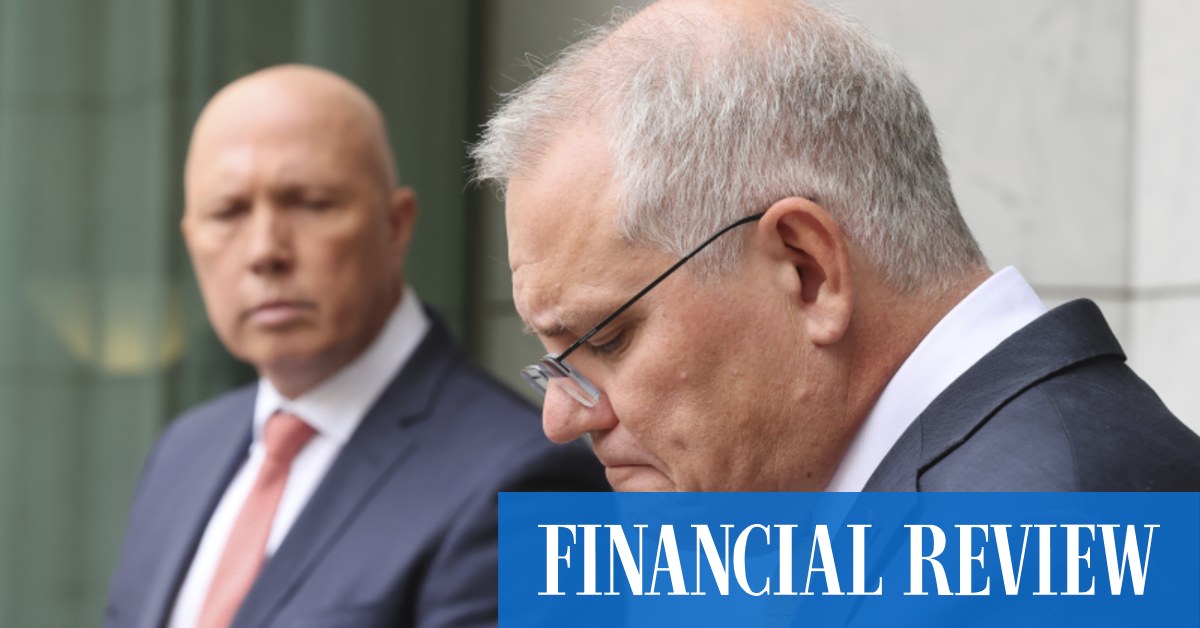 Ukraine weapons pledge increases cyber-attack risk: PM
Scott Morrison has indicated he would like Russia expelled or suspended from the G20 leaders summit, to be held in Indonesia. 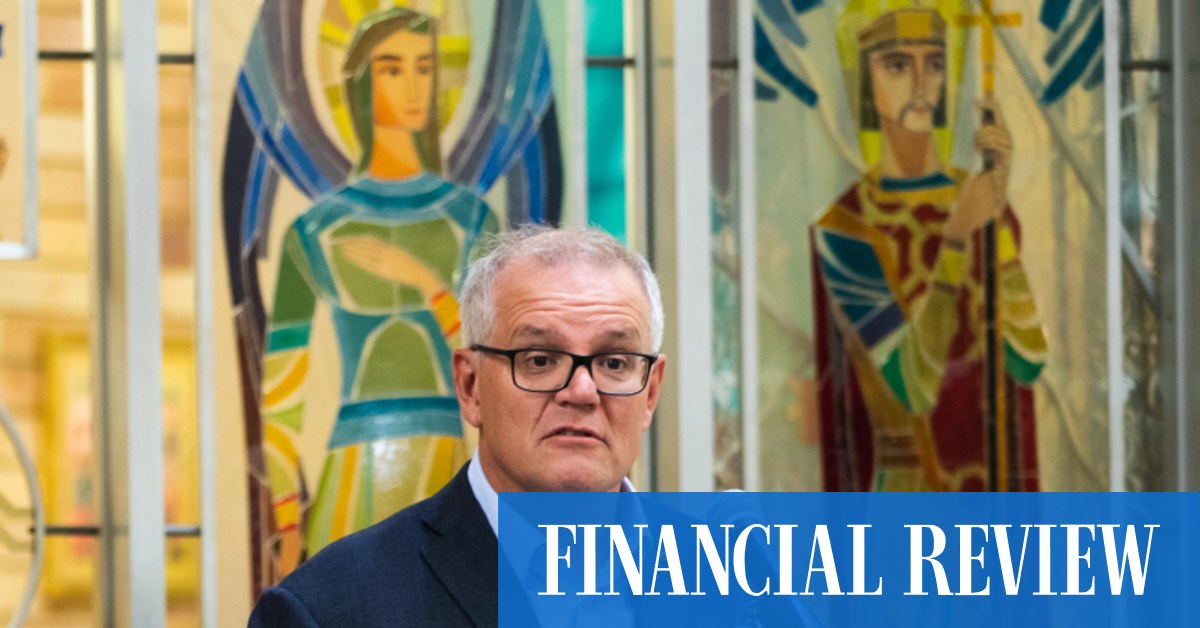 Australia to help arm Ukraine, offers sanctuary to refugees
Australia will buy weapons to help the Ukrainian people repel the Russians as part of an escalation of assistance and sanctions by Western nations. 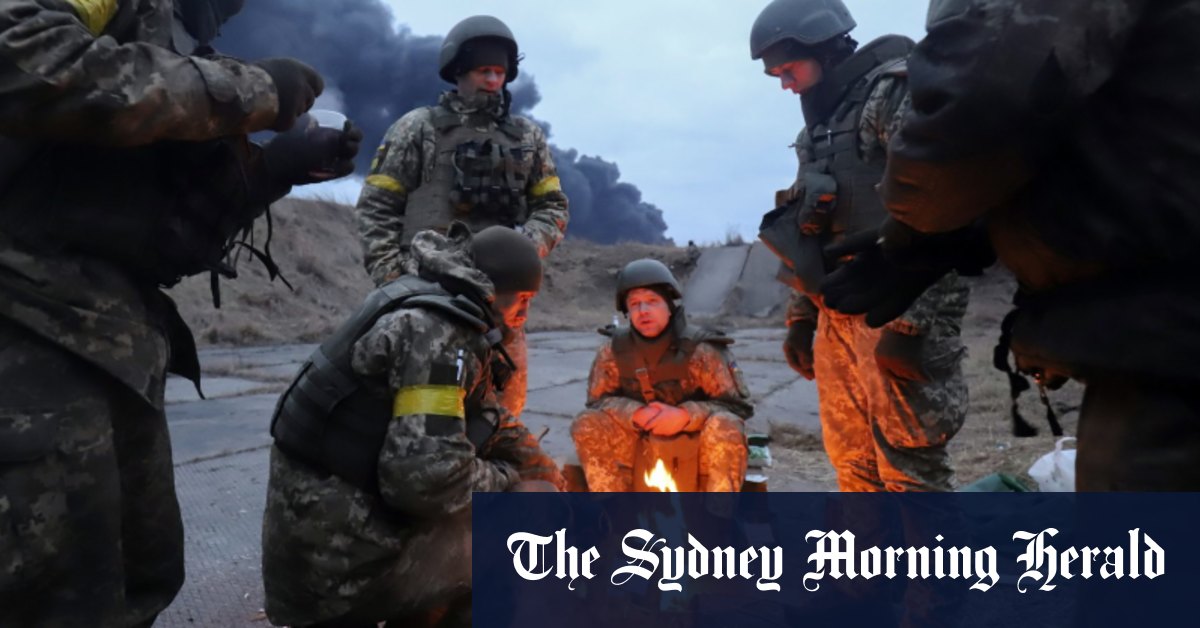 ‘Not an adventure’: Legal fear over global call for Ukraine volunteers
Ukraine’s embassy in Canberra has been approached by Australians who want to travel to join the Ukrainian forces, prompting a warning from Scott Morrison. ‘Suicide mission’: Australians warned that travelling to fight in Ukraine could reduce them to ‘cannon fodder’
Australians are warned they could end up being “cannon fodder” for the Russian war machine if they volunteer — without military training — to fight in defence of Ukraine. 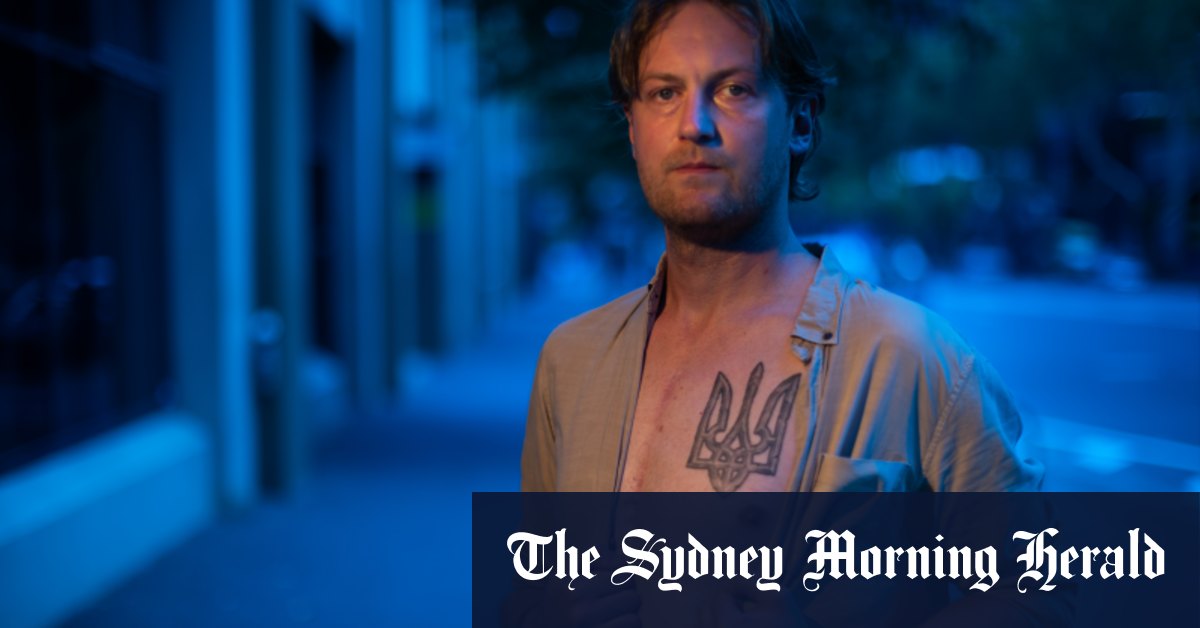 They were told to stay home, but these Ukrainian Australians are going to war
“Seeing children armed … doesn’t sit right with me,” Nick Janiw says. “I don’t think children should die when there are able-bodied, capable men.” Dan Murphy’s, BWS to remove Russian-made products from shelves
Products made in Russia will be pulled off shelves at major liquor retailers Dan Murphy’s and BWS after calls for boycotts from the Australian Ukrainian community. 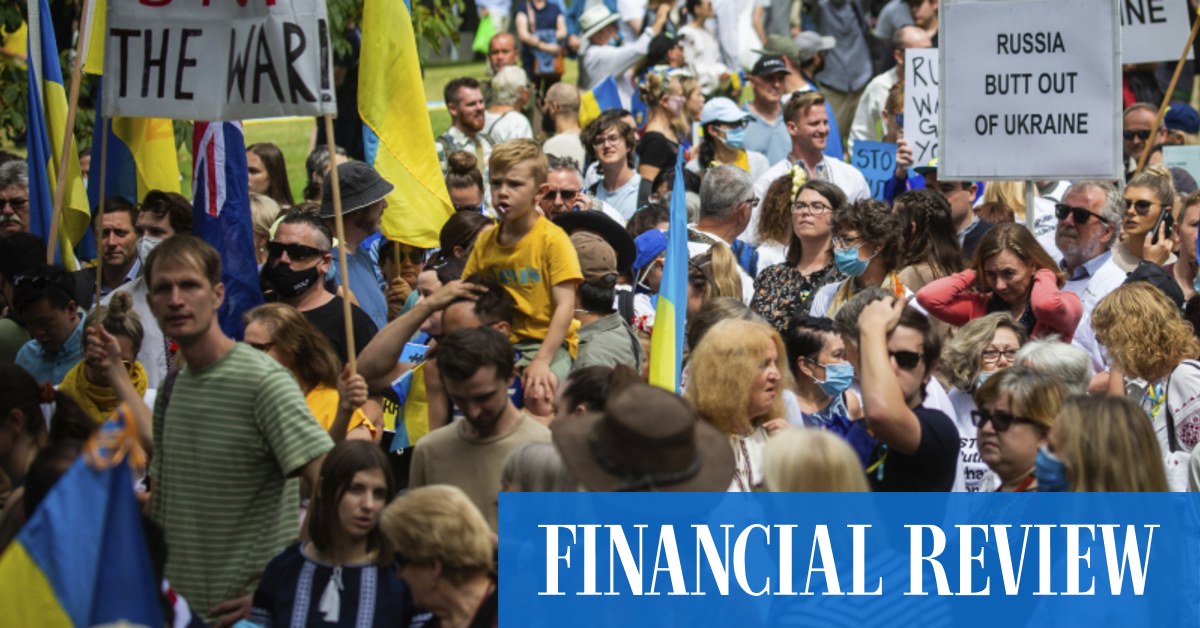 Australian investors dump Russian assets
Some of the largest super funds such as AustralianSuper and Rest refuse to say if they will liquidate hundreds of millions of dollars of investments. 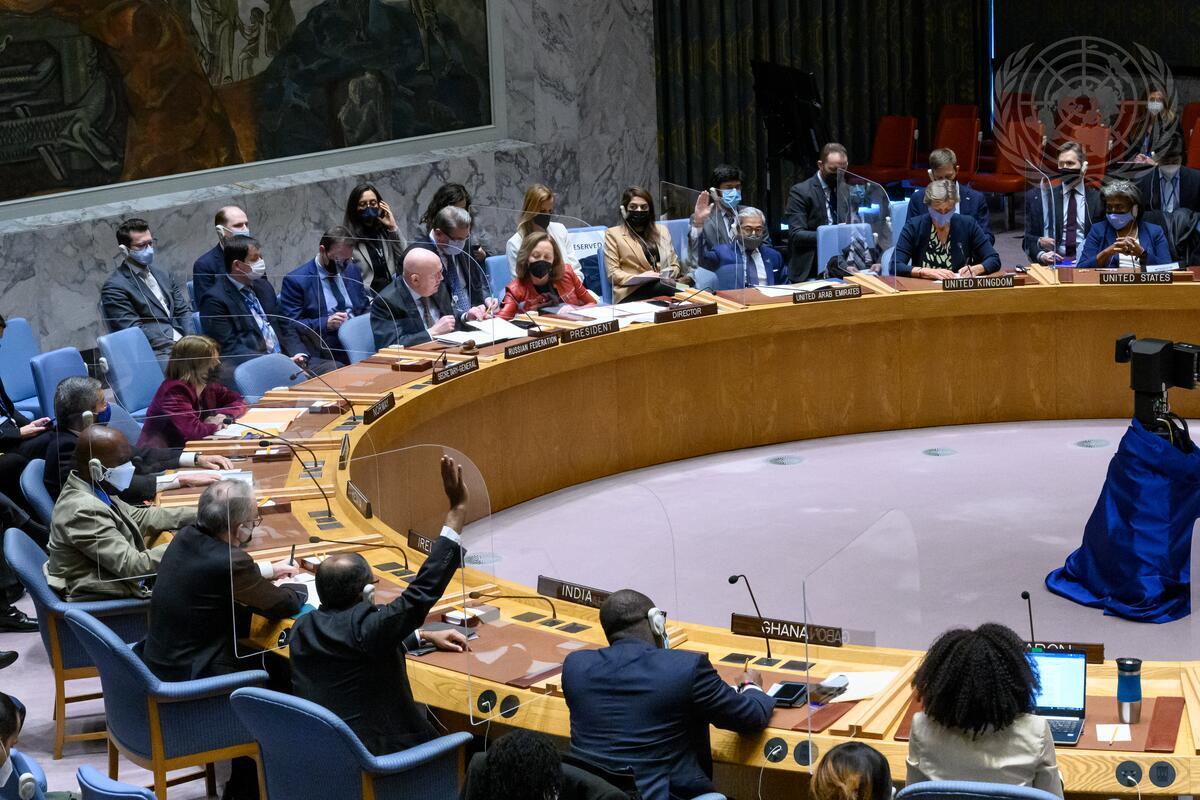 India’s stake in the Ukraine conflict | The Strategist
Last Friday, the United Nations Security Council voted on a draft resolution condemning Russia’s invasion of Ukraine and calling on it to stop the attack and withdraw its troops. Sponsored jointly by the US and …

China Was Content To Leak US Intel To Russia. Its Tune Has Suddenly Changed
China is changing its tune on the Ukraine conflict after months of refusing to condemn Russian military buildup and even leaking US intelligence to the Kremlin.
australia-was-quick-sanction-moscow-why-not-myanmar
Lowy Institute 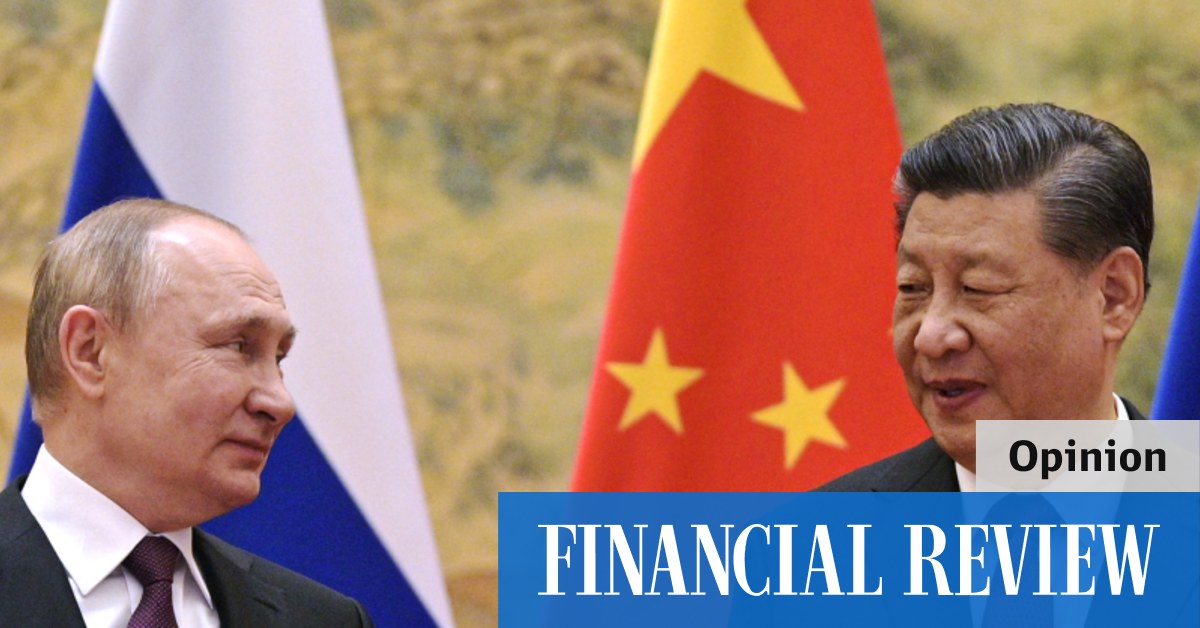 Russia’s war in Ukraine is a wake-up call on Australia’s China risk
Would Australia be willing to suffer massive economic pain to push back if Beijing moves to take over Taiwan?