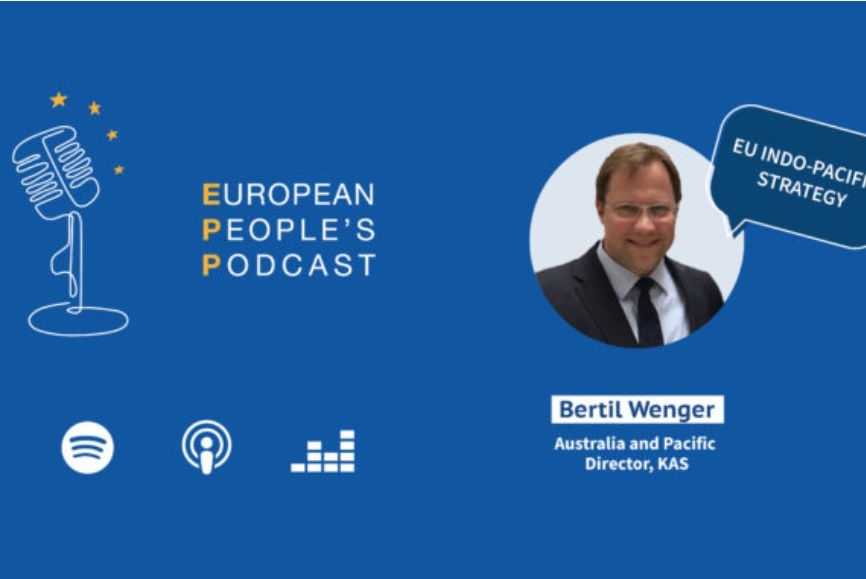 In his interview with the European People’s Podcast, KAS Australia and Pacific Director Bertil Wenger discusses the EU’s Indo-Pacific Strategy and relations with Australia, AUKUS and the future of German foreign policy post election, offering an insight into his current role and his experiences as International Secretary of the German Christian Democratic Union (CDU) during the last ten years of the Merkel government.