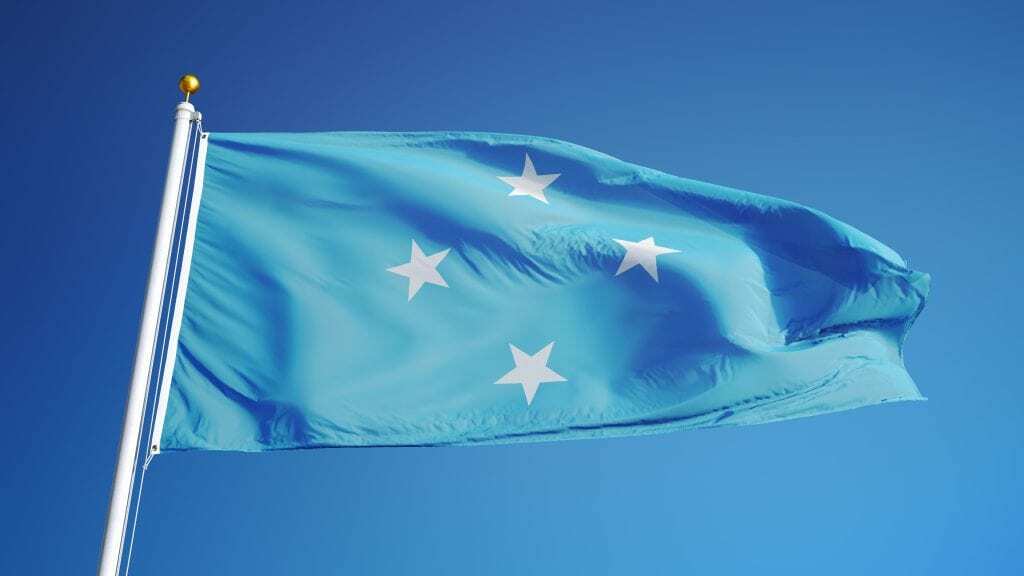 The Federated States of Micronesia (FSM) held general elections on 2 March 2021. Of the unicameral Congress’ 14 seats, ten were available. In the absence of political parties, all candidates stood as independents for the two-year parliamentary term.

Micronesia has about 110,000 inhabitants living in four states: Yap, Chuuk, Pohnpei and Kosrea. The states are represented by a senator at large each for a four-year parliamentary term, while the remaining smaller districts are represented by a senator each for two-year terms. Candidates must be at least 30 years old and have been citizens for at least 15 years to be eligible. The president is elected by the four state senators at large.

Since 2019, President David W Panuelo serves as head of state and head of government. Mr Panuelo holds a Bachelor’s degree in Political Science from Eastern Oregon University. He started his career as a foreign service officer with the Department of Foreign Affairs and was soon after appointed as Deputy Head of Mission (DHOM) of FSM’s Embassy in Fiji. From 1993 to 1996, he was posted as DHOM to FSM’s Mission to the United Nations. Upon his return, he took up a Cabinet position with the Pohnpei State Government. From 1997 until 2001, he served as Director of the State Department of Resource Management and Development. In 2001, he resumed his work with the Department of Foreign Affairs, this time in the role of Assistant Secretary for American and European Affairs. Between 2003 and 2010, Mr Panuelo turned to the private sector and established various businesses, including the non-profit Care Micronesia Foundation. In 2011, with the objective to develop the nation’s economy and human capacity, he ran in the general elections. From 2011 until 2015, he was senator for the State of Pohnpei’s District 3. In the 2015 special election*, Mr Panuelo was elected as the State of Pohnpei’s senator at large for the four-year term until 2019. His 2019 campaign for re-election was successful and, on 11 May that year, he was elected by the Congress as the nation’s president.

*Special election: at least every 10 years as part of a general or special election, voters are asked whether to hold a constitution convention; a majority of affirmative votes is required to proceed.

According to the Office of the President’s Press Release of 4 March 2021, the unofficial election results are as follows:

The official election result is expected to be published once any absentee ballots due by 16 March have been counted.

FSM was administered by the United States after World War II and became independent in 1986. Since then, FSM is in a Compact of Free Association with the United States. The financial provisions of the Compact are due to expire in 2023; renewal negotiations are ongoing. Under the terms of the Compact, the US provides financial aid and visa-free access to the US in exchange for a strategic monopoly (ie certain operating rights and denial of access to its territory by other nations). At the same time, Chinese companies are heavily involved in the fisheries industry and have attempted to develop a tourist industry in the State of Yap. China has made significant contributions to Micronesia’s Trust Fund** and paid for a Chinese corporation to build roads. In return, we are told, FSM is committed to the One China policy and has signed up to China’s Belt and Road Initiative.

** Trust Fund: The Fund’s objective is to provide FSM financial independence by 2023. According to President Panuelo’s official biography, one of the accomplishments on which he ran his 2019 election campaign was to grow the Fund from $11,000,000 to more than $250,000,000.

The State of Chuuk, FSM’s most populous state, is dissatisfied with the distribution of US funding and seeks to secede by way of an independence referendum next year. Chuuk is strategically important because it includes one of the Pacific’s deepest lagoons, used as a Japanese naval stronghold during WWII. The State is located relatively close to US military facilities in Guam.

Following the Pacific Islands Forum’s Special Leaders Retreat in February this year, and election of the Cook Island’s candidate over the Micronesian candidate for the role of secretary general, FSM was one of the five Micronesian states to announce it would leave the Forum (see Digital Snapshot #3/21 Pacific Islands Forum – Regionalism in Crisis).

The term ‘Micronesia’ is a combination of two Greek words, “micro” (small) and “nesoi” (islands). While its land mass is small, FSM has the world’s 14th largest exclusive economic zone. The national anthem ‘Patriots of Micronesia’ was adopted in 1991. Its tune is reportedly based on the 1820 German patriotic song “Ich hab’ mich ergeben”.

Office of the President 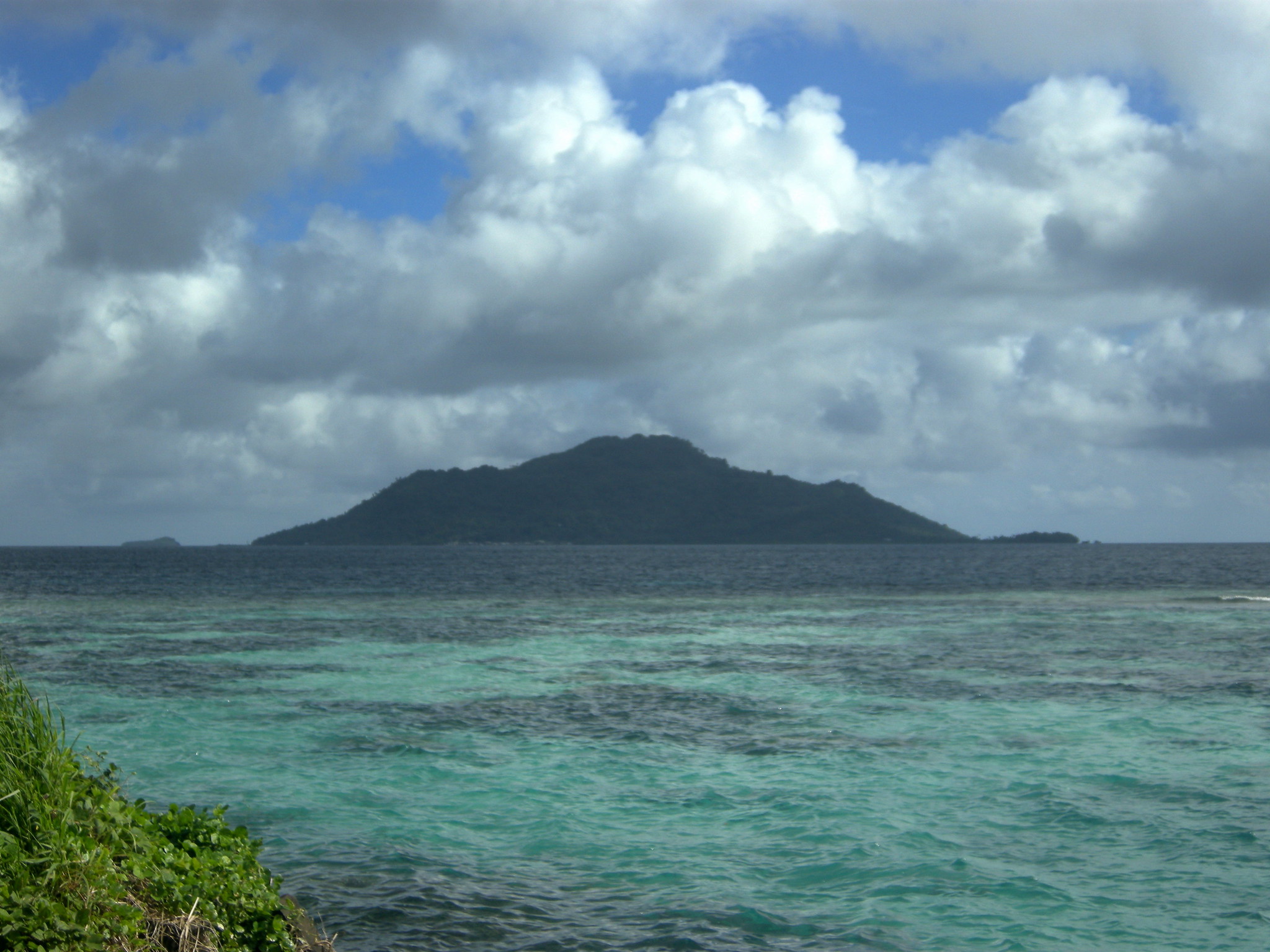 Micronesia Parliamentary Elections: March 2, 2021 – 21votes
An overview of Micronesia’s upcoming and recent elections, plus curated news and analysis of elections in Micronesia, with political and geopolitical context.

Policy & History | U.S. Embassy in the Federated States of Micronesia
Compact of Free Association The Compact of Free Association is the agreement which established the relationship between the Federated States of Micronesia and the United States. Under the terms of the Compact, the U.S. provides the FSM with economic assistance, defense, and other services and benefi… 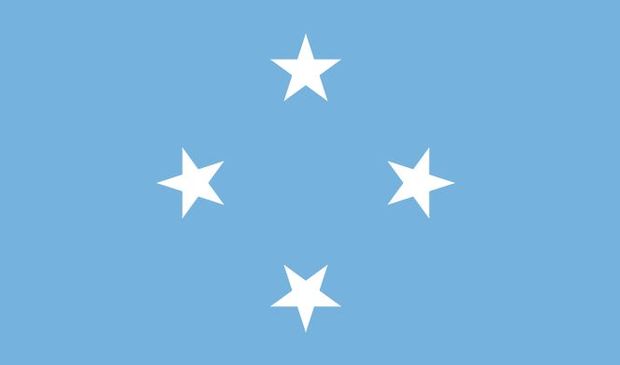 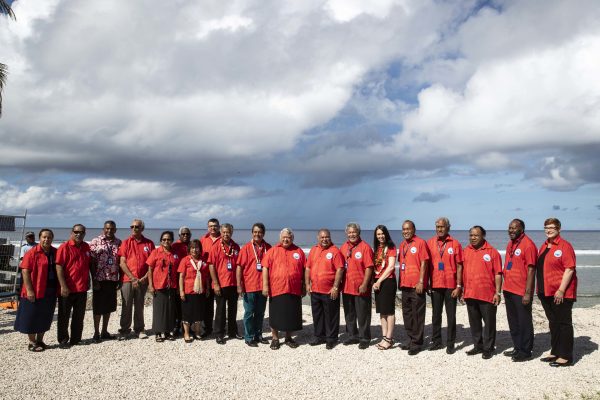 How the Pacific Islands Forum Fell Apart
The decision by Micronesian countries to leave the PIF will have major strategic implications. 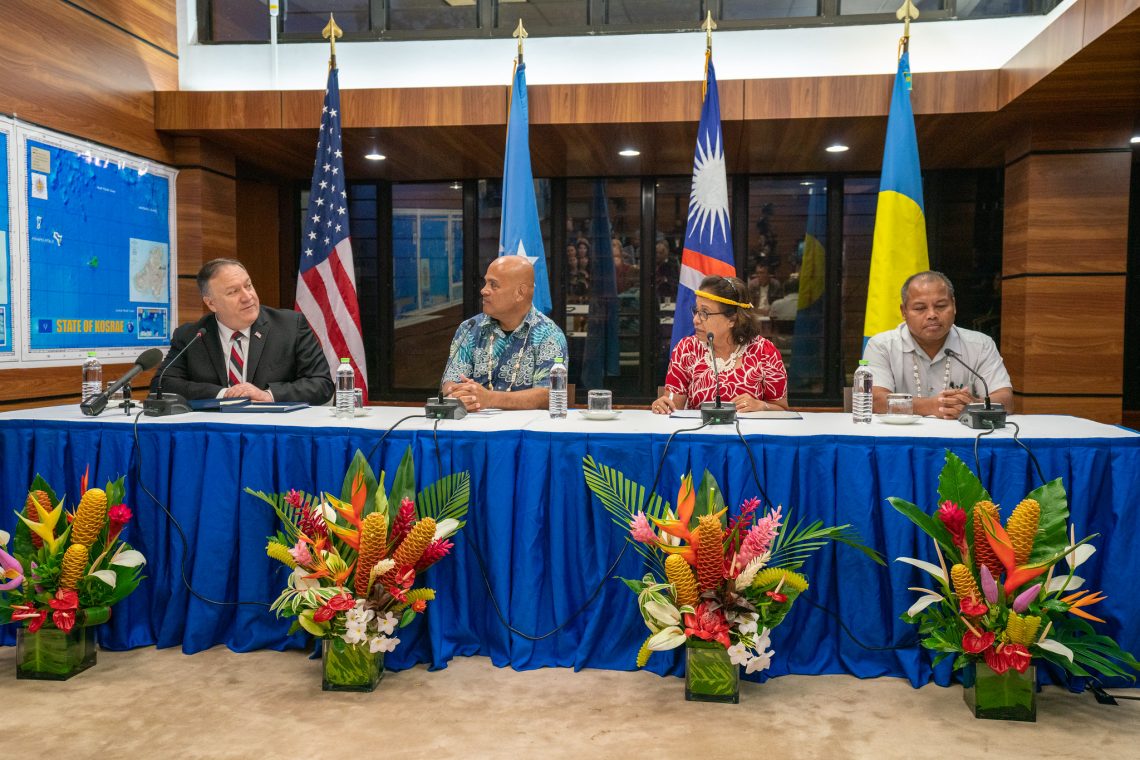 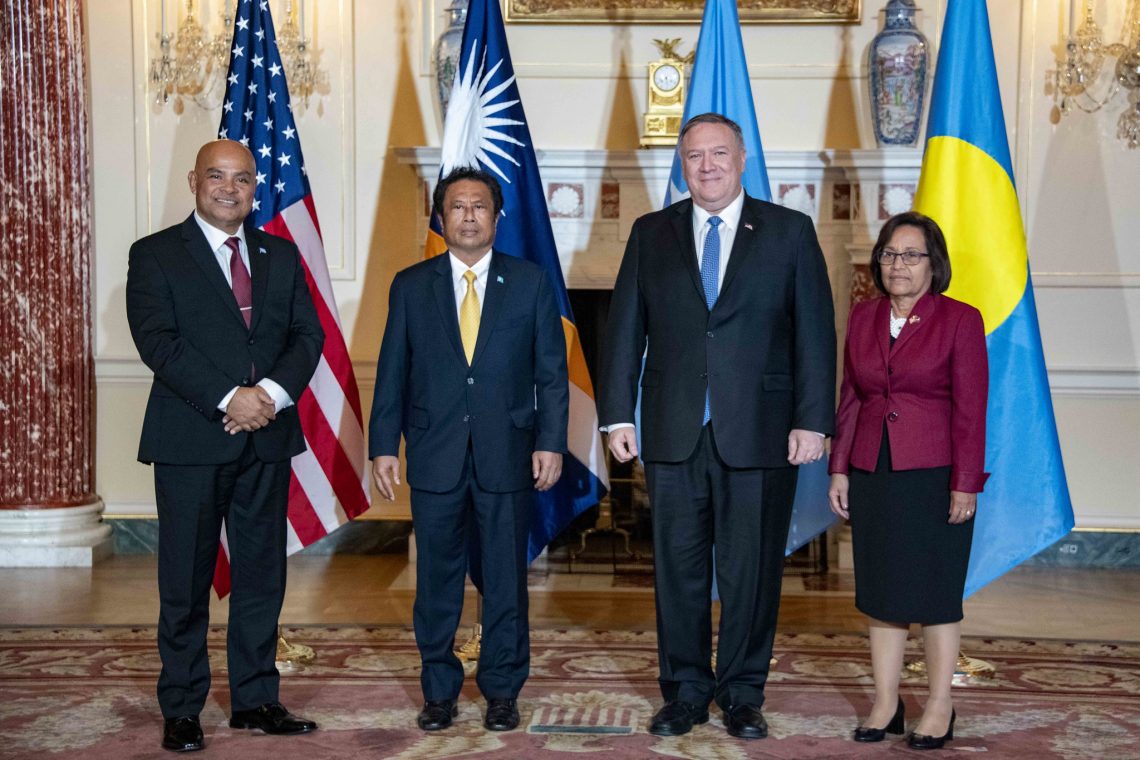 American strategic considerations drive compact negotiations in Micronesia: part 2 – Devpolicy Blog from the Development Policy Centre
The rise of China in the Pacific means the US is likely to listen carefully as it negotiates its compacts with the freely associated states of Micronesia, Marshall Islands and Palau.

Chuuk independence vote postponed as China-U.S. Pacific contest builds
A closely watched independence vote in the Pacific state of Chuuk, part of the U.S.-aligned Federated States of Micronesia (FSM), scheduled for next month has been postponed until 2022, the island told Reuters. 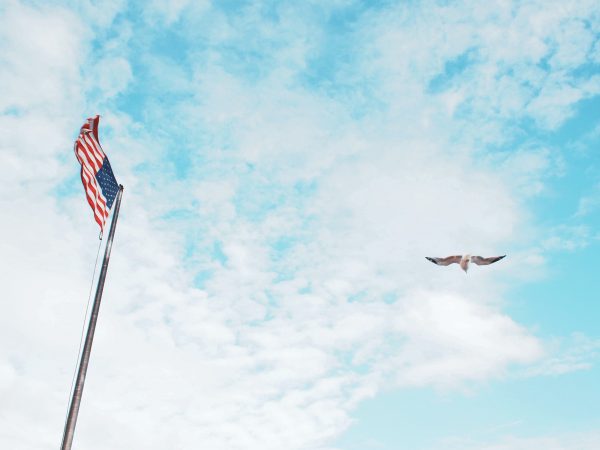 Why the Compacts of Free Association Matter to Washington
With its eyes on China, the United States seeks to reaffirm its presence in the western Pacific. 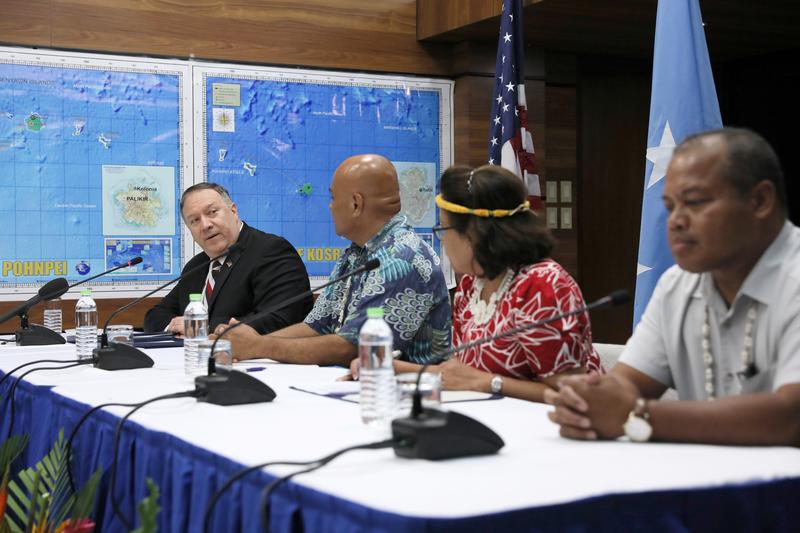