Geoconomics and Trade – Australia, China and the WTO

Over the last month, three major topics have dominated Australian political discussions: the AUKUS agreement, climate policy (or the lack thereof) and the nation’s strategy out of Covid-19 restrictions. Preceded by the withdrawal of international forces from Afghanistan and the rapid escalation of the Covid-19 situation in two of Australia’s biggest states, these issues momentarily distracted the public eye from another, previously major Australian concern: China and its increasingly coercive trade tactics. This, however, changed rapidly last week, when Australian representative to the World Trade Organisation, George Mina, in an unusually forceful statement, accused China of using politically motivated, disruptive measures in trade relations.

To understand the significance of the Australian WTO statement, we need to take a look at recent developments within Australian-Chinese trade relations. The recent Covid-19 pandemic changed the already somewhat strained bilateral Australian-Chinese relationship into one mired in hostility, when, after Australia openly requested an international investigation into the pandemic origins in Wuhan, China suddenly introduced high tariffs on a variety of Australian import goods, justified as “anti-dumping” and “anti-subsidy” measures, and banned some imports entirely. Before these incidents, the discussion of topics that had the potential for disagreement, such as Australia’s concern over potential human rights violations in China, were avoided due to economic considerations. And even after China implemented the first restrictions on trade, Australia was reluctant to openly call China out for what was generally perceived as politically motivated actions. But when the Chinese embassy in Canberra presented the Australian government with a list of 14 grievances in November 2020, Australian politicians became less inclined to overlook China’s increasingly coercive tactics.

Although the Chinese government never confirmed an official policy regarding the import stops – the reasons provided to justify them were problems with biosecurity or labelling –, Chinese actions were generally perceived as punitive measures, meant as a warning that a nation that opposes China would have to endure the consequences. This was all but confirmed when, in July this year, Chinese Foreign Ministry spokesman Zhao Lijian declared “We will not allow any country to reap benefits from doing business with China while groundlessly accusing and smearing China and undermining China’s core interests based on ideology.”. Only last week, China banned imports from yet another Australian beef processor after it failed a random test for tainted meat. Although this measure might have been justified, it raised suspicions on the Australian side, with Federal Agriculture Minister David Littleproud remarking that “these suspensions are a reminder of the need for us to create, maintain and expand market access for all our agricultural exporters.”.

After several unsuccessful attempts by Australian officials to engage in an open dialogue with their Chinese counterparts, the Australian government instead redirected its efforts to expanding and diversifying its export markets, while at the same time instigating WTO mediation procedures to sort out Australian-Chinese trade grievances (a WTO dispute process over wine was initiated by Australia just this week). One can argue that this Australian acceptance of China’s disinterest in engaging in a constructive dialogue on a bilateral ministerial level is also the reason for the Australian officials’ recent willingness to become more outspoken about China’s increasingly coercive trade tactics.

In view of the recent, more prominent focus on China’s military expansion, trade had somewhat faded into the background. Its sudden rush back to the front of the current affairs queue last week came all the more as a surprise. On 20 and 22 October, the WTO held its “trade policy review” on China, a self-scrutiny review required of all its members every three or four years. The hearing started with a statement from Chinese Commerce Minister Wang Wentao, who praised China’s efforts to “open up its economy and deepen reform, while defending the importance of the multilateral trading system”. Being the country under review, it was to be expected that the Chinese statement would be a positive one. The WTO review itself was also fairly uncritical, among the only criticisms was a note of a lack of information from China on its support programmes, stating that “information on subsidies going beyond the 2019 notification was not made available”. This changed with the above mentioned statement made by Australia’s representative to the WTO, George Mina, which he later also published on Twitter.

In his statement, Mina starts out by outlining how “China has benefitted significantly from the transparent and predictable access to markets that WTO membership offers” and recognising “China’s efforts to engage actively in WTO rulemaking”. He slightly restricts this latter point, however, by pointing out that China’s contribution to WTO rulemaking is “not yet commensurate with its economic weight” and encouraging China to “relinquish its access to special and differential treatment” (this being aimed at China still being considered a developing country, thus, receiving different conditions). Mina then proceeds to describe just how much, over the last 18 months, Australia has been suffering from increasingly disruptive Chinese trade measures, inconsistent with WTO rules and commitments, which have reduced and even ended some of Australia’s trade with China across a variety of commodities. But rather than simply continue this criticism in terms of a bilateral issue between the two countries, Mina then starts to reframe the issue as an international concern, by shifting the focus away from specifically Australian grievances onto China’s obligations according to the WTO in general. “The implications of China’s actions go beyond their impact on Australian exporters – they raise the risk and uncertainty of the China market for the global business community. By undermining agreed trade rules China also undermines the multilateral trading system on which all WTO Members rely.”. This is a well-crafted statement, designed to include the international community by highlighting that China’s actions could well impact, as in some cases they already have, other states’ dealings with the Chinese market in the future.

Jeffrey Wilson from the Perth USAsia Centre describes this as a “classic name and shame campaign”, targeting China’s grey-zone trade punishments. “By re-framing this as being about China’s behaviour as a rule-abiding member of the global economy, it allows Australia to marshal an international coalition against its coercive trade practices.”. Judging by the support the Australian statement received from subsequent speakers – i.e. the United States’ WTO ambassador (who accused China of “economic coercion”), Great Britain (who lamented China’s “lack of reciprocity”), the EU (who raised concerns about “the increasing politicisation of China’s business environment”) and Japan (who noted that “trade-distorting measures”, subsidies, lack of clarity in laws “raise fundamental challenge to free and fair competition”) – the speech appears to have been effective. By China, who has been using the WTO to portray itself as a responsible global power supporting multilateral institutions, these reactions may well be perceived as a set-back. Especially as the WTO review comes at a time, when China is pushing hard to be admitted to the Comprehensive and Progressive Agreement for Trans-Pacific Partnership (CPTPP), another multilateral trade agreement. More significantly, a multilateral trade agreement for which it is in need of Australian approval. A fact that Australia is willing to use in its efforts to re-establish a direct ministerial dialogue with its Chinese counterparts.

Without presenting an actual ultimatum, Australian Minister for Trade Dan Tehan stated that it was “just the practical reality—that as part of the accession process, we need to be able to sit down at the ministerial level to work through it.”…”There’s never been a free trade agreement that’s purely been negotiated at official’s level.”. Even though Tehan stressed that this was not a condition, it is implied that Australia will not consider China’s bid to join the CPTPP unless China agrees to reinstating ministerial-level meetings with Australia.

Together with the Australian WTO statement, these comments portray a general shift in Australia’s strategy for dealing with China. Rather than ignore the issue in the hope of avoiding confrontation, Australia has become bolder and more outspoken in its approach. Realising that Chinese punitive trade measures would probably remain in place for some time to come, Australia has accepted that it cannot appease China and, thus, might as well speak out. By reframing its own bilateral trade problems with China as an issue of international significance, it is able to look for support from equally concerned countries and stand up to China’s tactics by using (well-established) multilateral institutions to make its point. On its own, Australia might struggle to achieve a satisfactory outcome, whereas together with partner states, it might succeed in redirecting some of the pressure back at China. 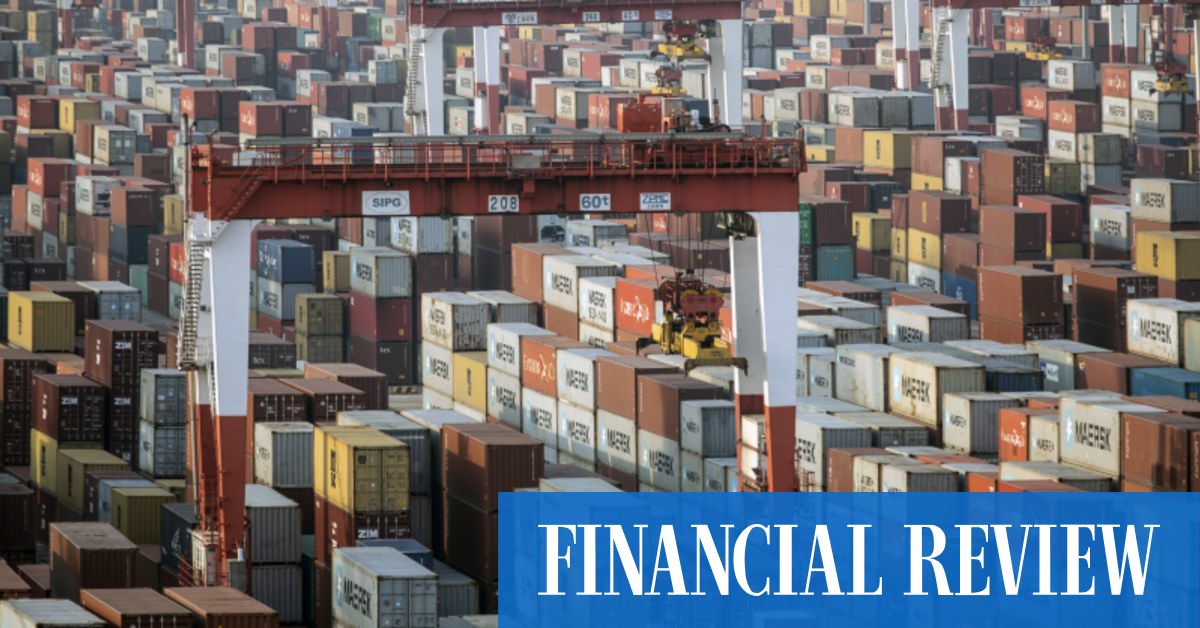 Will China end its deep freeze of Australia to join the CPTPP? | The Strategist
China’s application to join the Comprehensive and Progressive Agreement for Trans-Pacific Partnership free-trade agreement is dead in the water unless its commerce minister, Wang Wentao, agrees to meet his Australian counterpart, Dan Tehan. Tehan has …
WT/TPR/S/415• China Executive Summary 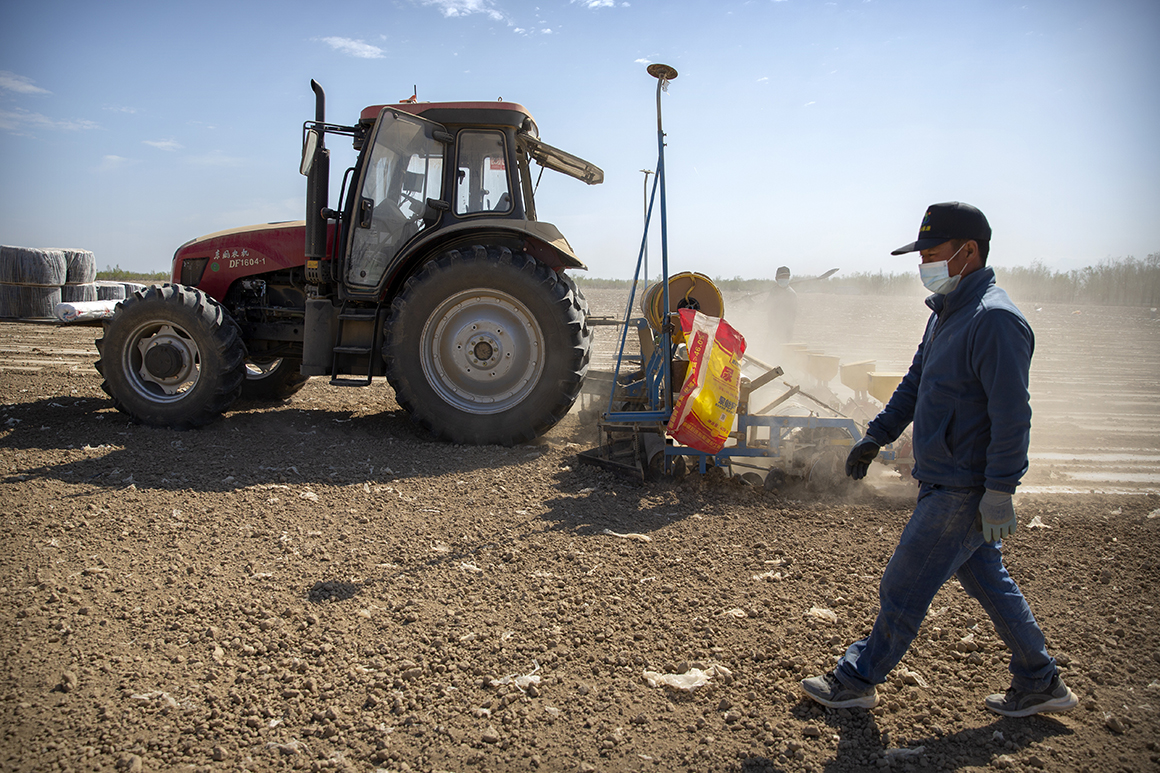 WTO members blast China during 20th anniversary trade policy review
The U.S. has pressed China to give up its claim to special and differential treatment at the WTO, given its huge role in the international trade system. 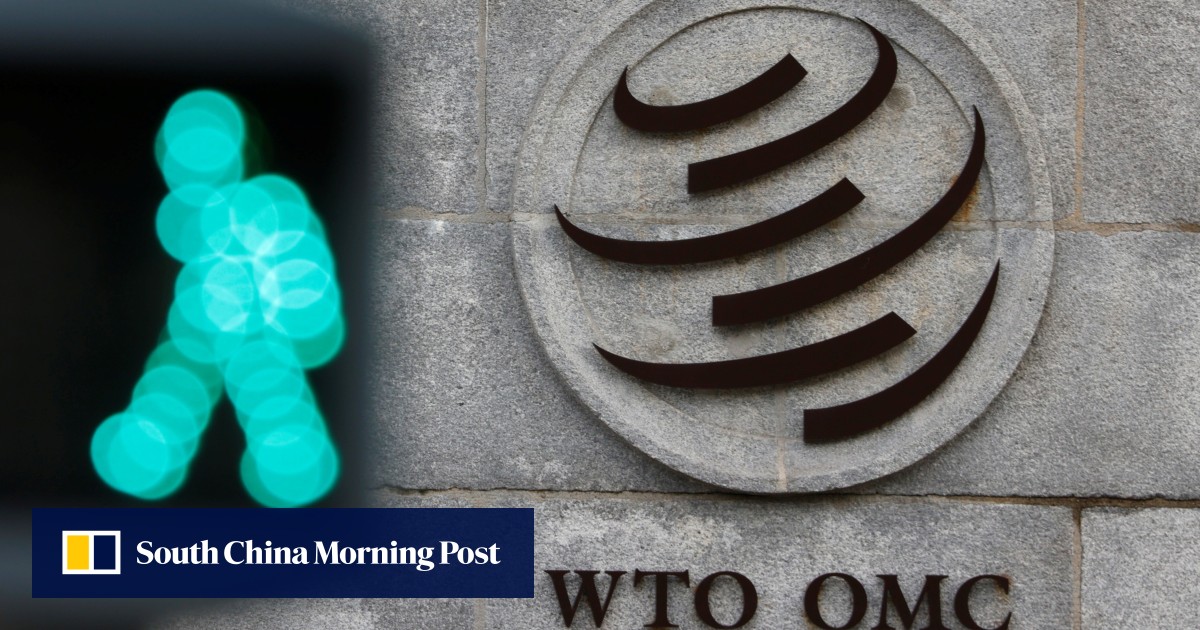 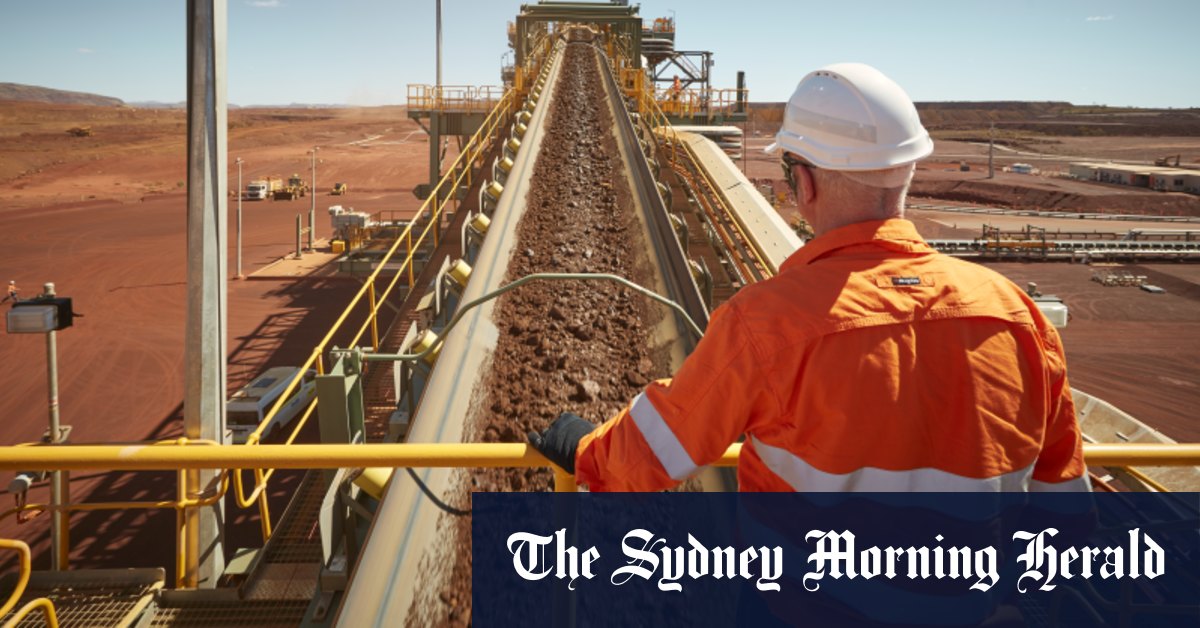 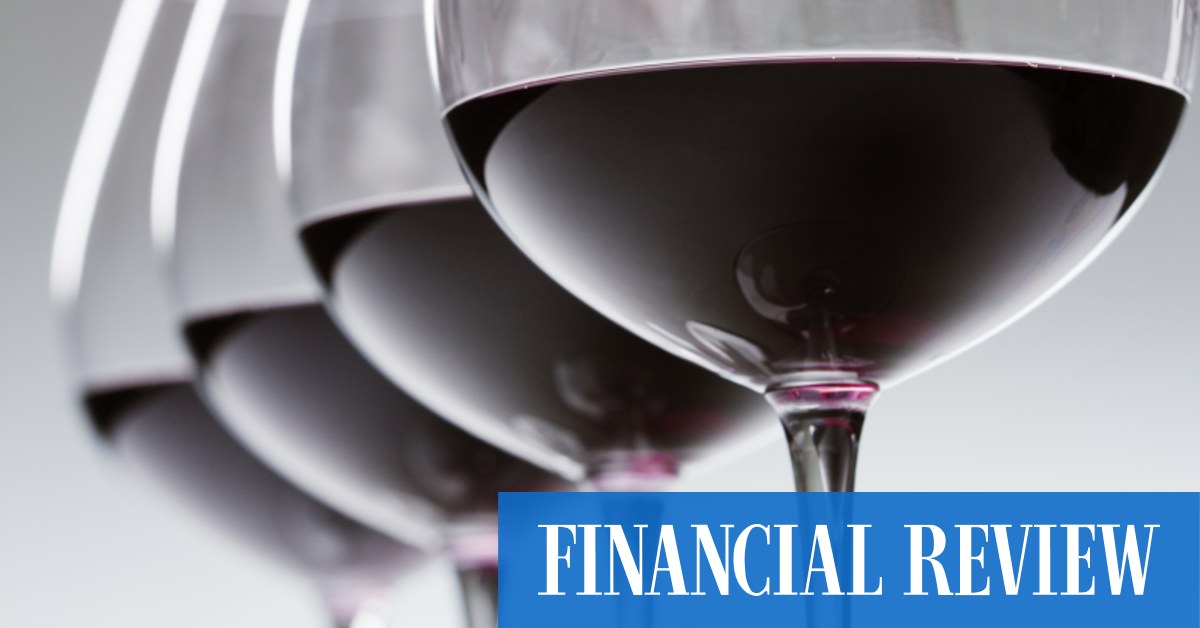 Wine exporters hope for WTO ‘exit ramp’ from China tariffs
The World Trade Organisation will on Tuesday set up a formal dispute panel, which will decide whether Beijing’s massive tariffs on Australian wine are legal. 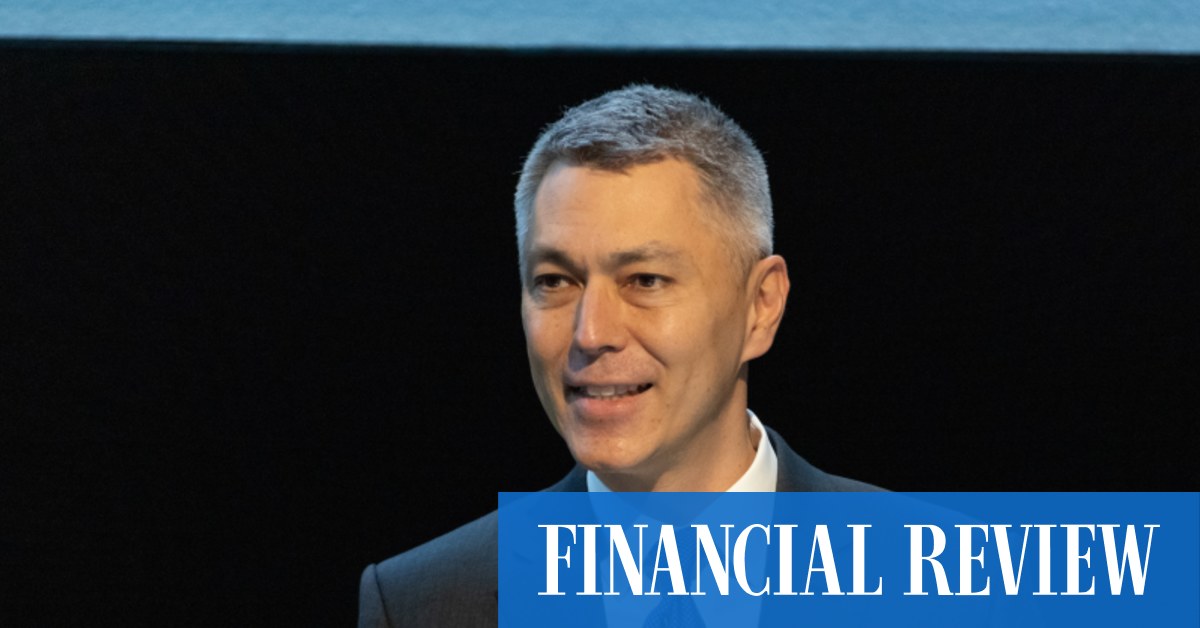 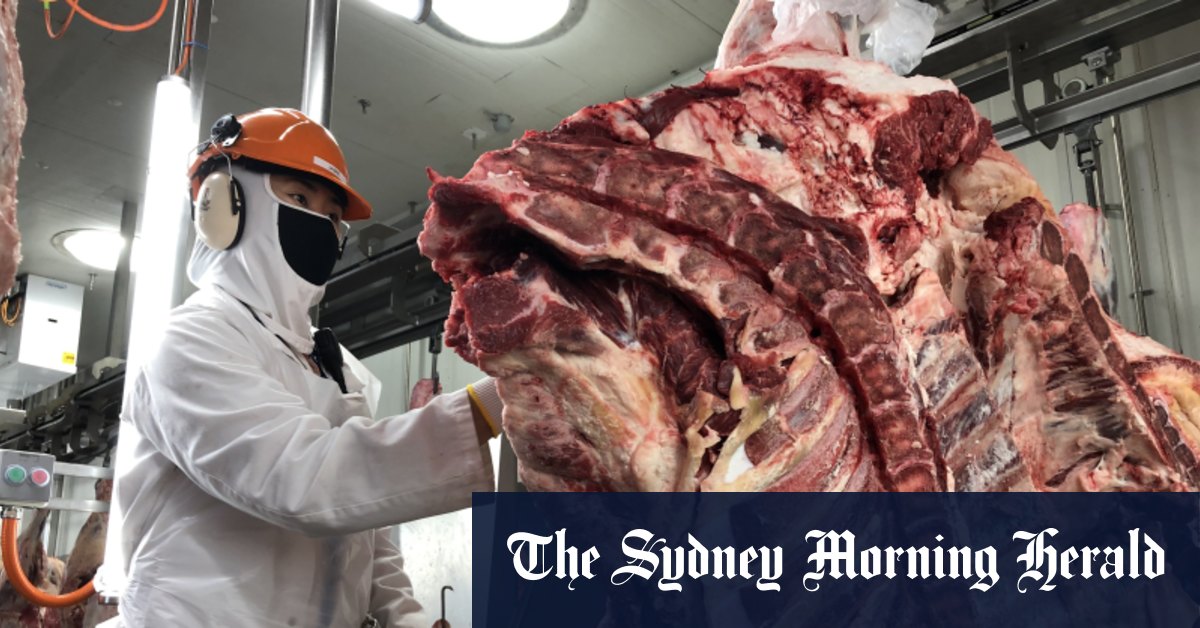 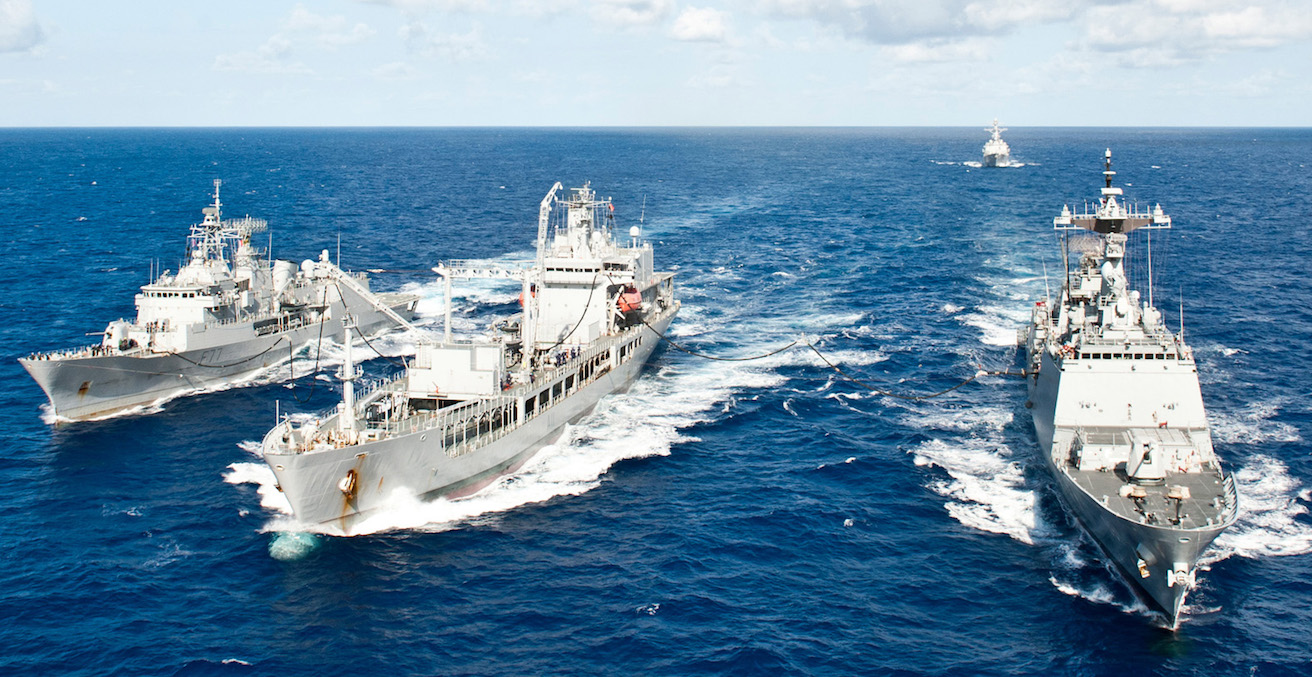 A Geoeconomic Alliance – Australian Institute of International Affairs
China has increasingly engaged in coercive economic behaviour on an international scale. Australia and its allies will need to unite to coordinate a strong geoeconomic response.