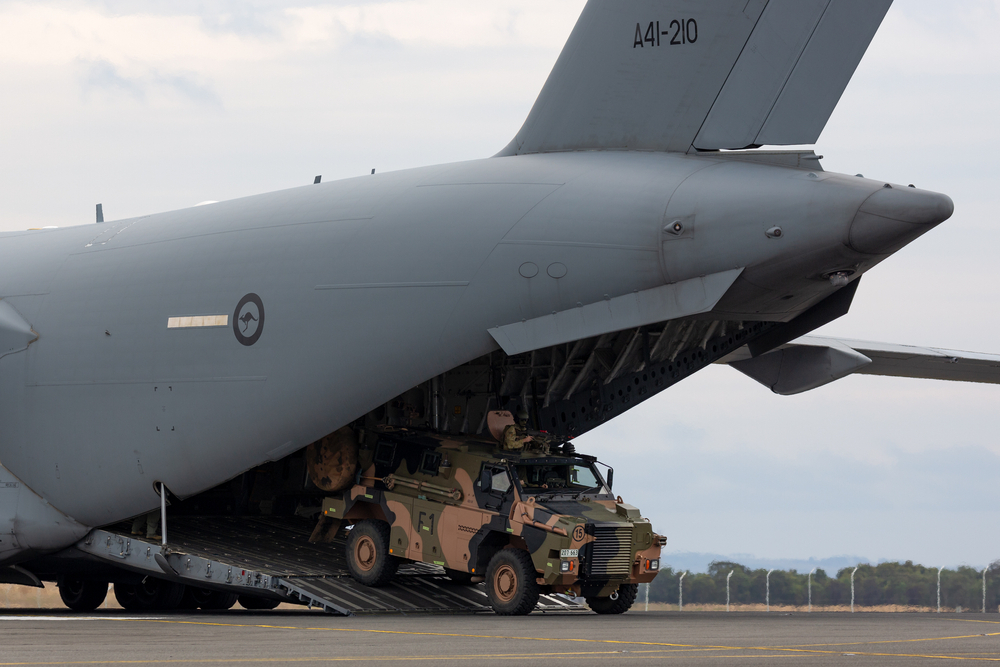 Geopolitical Considerations and Disaster Relief – The Future of the ADF

With recent government announcements of plans to expand the Defence Forces and the deployment of the military to assist with flood recovery in Queensland and New South Wales, the future role of the Defence Force in general has become a major topic of discussion in Australia.

Over the last two weeks, the government has made a series of announcements concerning defence capabilities and spending. Firstly, a pledge of $4.3 billion (AUD) for a naval shipyard upgrade in Western Australia to facilitate the building of bigger warships and the servicing and maintenance of visiting US navy ships, as well an upgrade of the Stirling naval base so that it can house part of Australia’s future nuclear submarines. Secondly, a $650 million (AUD) investment towards the acquisition of 24 new uncrewed aerial surveillance systems for the Army. And, thirdly, the development of a new submarine base on Australia’s east coast to accommodate the new nuclear-powered submarine fleet and provide a second, strategic base in addition to the Western Australian naval base.

This expansion of equipment and capabilities will be in addition to projects already under way, such as the AUKUS nuclear submarine deal, the LAND 400 armoured fighting vehicles project and the SEA 5000 Future Frigate program, the upgrade and extension of the RAAF and BAE System’s in-service support for the Hawk 127 Lead-In Fighter Training System, the Australian Signals Directorate (ASD)’s newly unveiled cyber and foreign intelligence facility, and the recently opened, expanded Blackrock military camp in Fiji. Together with the government’s decisions to replace the European-designed Taipan helicopters with US Black Hawks and Seahawks earlier than planned, these announcements highlight a renewed focus on strategic preparation in light of the current increase in geopolitical tensions and fast-evolving perceived threat environment.

In addition to military equipment, the government further announced plans to increase the total number of personnel across the three services from 60,000 to 80,000 by 2040. This is meant to guarantee high enough staff levels and provide the additional skill-sets needed to operate and service the new equipment once it becomes operational.

At the same time as Australia prepares for its strategic environment, crises at home have seen ADF deployment on Australian soil. In recent years, the government has been quick to call in troop support for natural disaster relief. From rescue missions and clean-up operations during the disastrous 2019 bushfires, to assistance with hotel quarantine, the vaccine roll-out and the dispatch of military medical units to aged-care facilities at the height of the Covid-19 pandemic, and, most recently, the flood relief and rescue missions in QLD and NSW. This has lead to raised expectations among the general population of the ADF being used as a first response unit, and states have come to rely on ADF support rather than on their own emergency services. As a result, during the recent floods, increasing pressure was put on the federal government to deploy the military to disaster zones, and disappointment was great when this did not happen as quickly as desired.

Part of the problem herein is that the more frequent deployment of ADF troops to natural disaster regions has created a misconception within Australian communities regarding the actual capabilities and resources of the ADF. Contrary to general belief, the Defence Forces’ being equipped for conflict missions does not automatically mean they are equipped for natural disaster relief. Especially since disaster response traditionally is a state responsibility, which requires state-own emergency services to act as first responders.

This then leads to the question of what the future of the ADF should be. According to the experts, with the ongoing climate change, an increase of natural disasters in Australia is to be expected – from longer and more intense bushfire seasons to other events related to more extreme weather conditions, including droughts and floods. While, at the same time, the Russian war of aggression in Ukraine has made the possibility of a potential China-Taiwan conflict more real, and, thus, the necessity of a prepared defence force more urgent.

Some experts argue that the ADF should create a fourth service, dedicated to disaster relief missions in Australia and the region. While others warn this would mean the ADF would be stretched too far and lose its efficiency on all fronts as a result. According to former Chief of the Defence Force Sir Peter Cosgrove, the government should aim to create a joint Commonwealth and state specialised, civilian emergency response force, as relying on the military would be ‘unviable’ in the long-term. A solution that would be hindered too much ‘by the red tape of federalism’, according to Michael Shoebridge, Director of Defence, Strategy and National Security Program at ASPI, who would prefer a new, semi-civilian capability developed within the ADF structure.

It is undeniable that the question of the role of the ADF and the issue of state emergency response solutions have become a major consideration when discussing Australian security concerns. In the current climate, the government cannot afford to overstretch its defence resources, but neither can it risk delays in disaster response. With a major research project by the Bushfire and Natural Hazards Cooperative Research Centre (CRC) recently finding that the traditional model of volunteering is declining, it has also become clear that the states’ own emergency services are no longer able to deal with climate-related disasters on their own due to staff shortages. So far, the federal government has not presented its own solution to the problem. 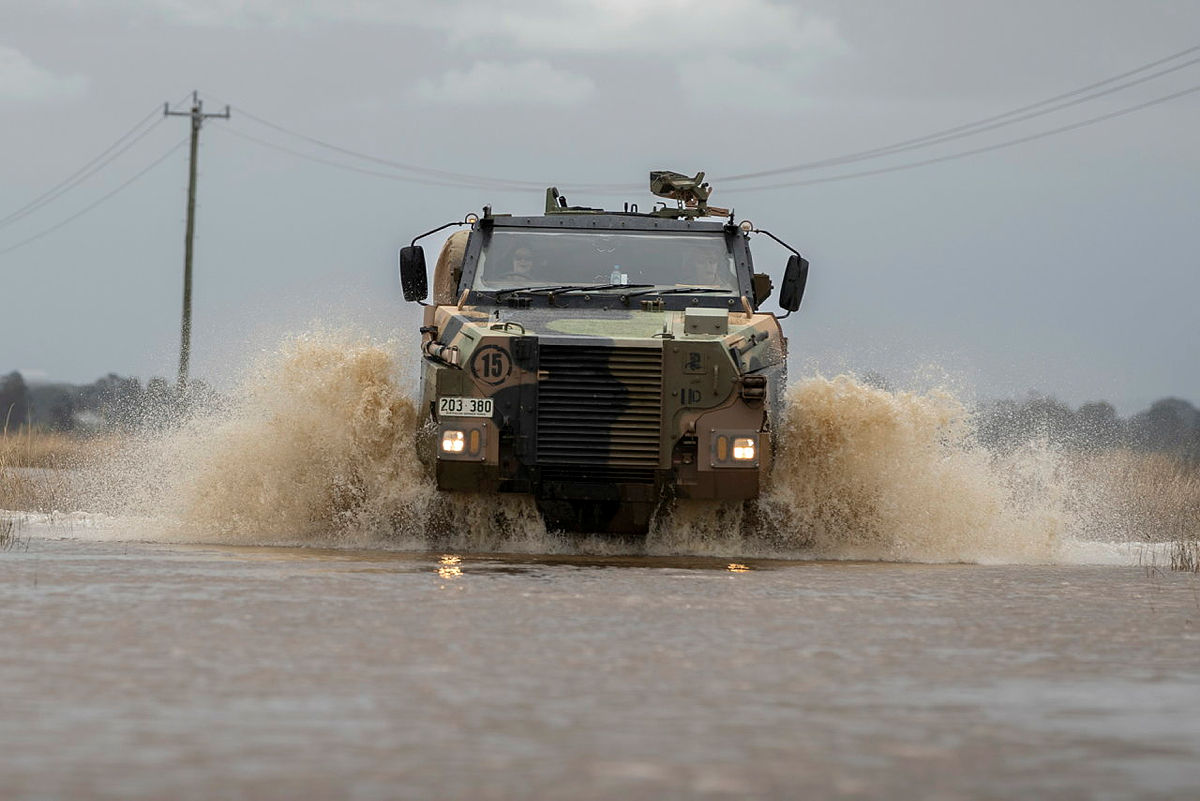 What is the ADF’s ‘core role’ in today’s complex strategic environment? | The Strategist
Prime Minister Scott Morrison’s recent announcement of a plan to increase the size of the Australian Defence Force to 80,000 uniformed personnel by 2040 reflects the step change that’s expected in Australia’s strategic outlook over … 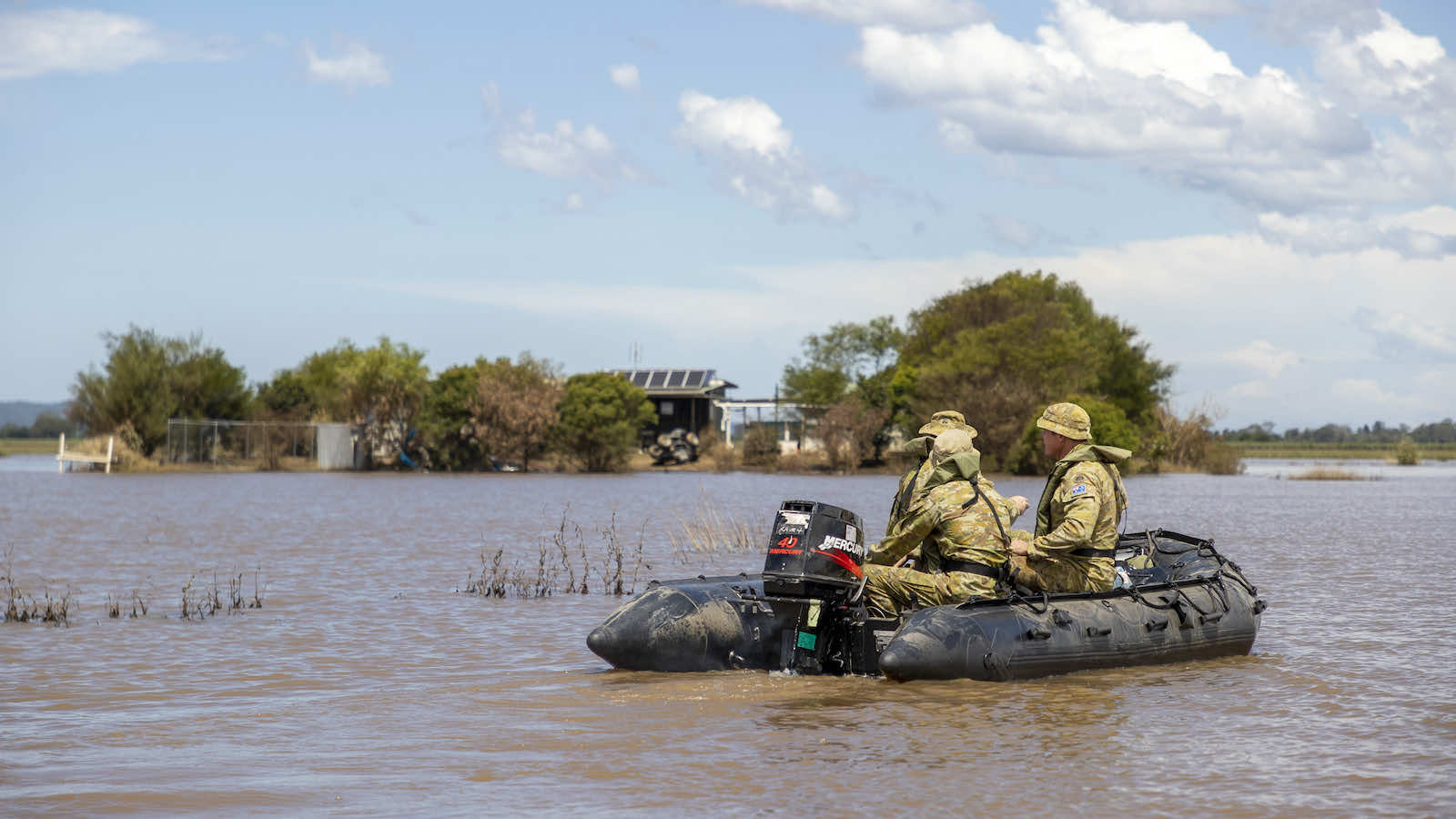 Defence’s bullet for disaster isn’t silver, it’s brass
Rushing in with troops in emergency response could make matters worse at home and muddle efforts to engage the region. 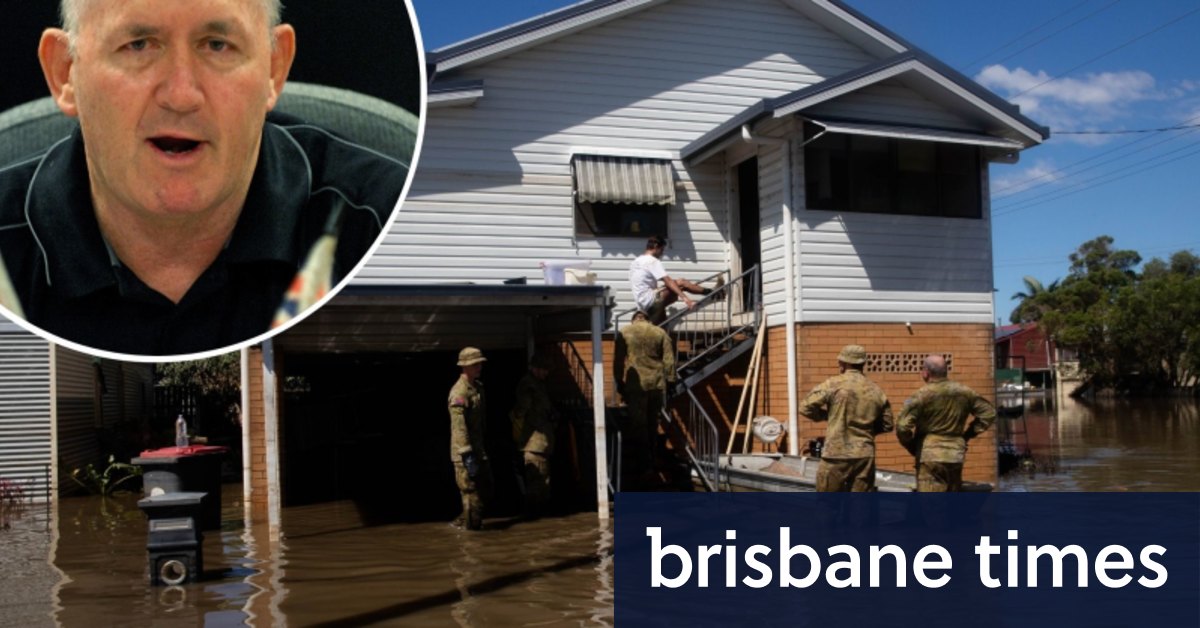 Army Reserve-style emergency force could improve disaster response: Cosgrove
Defence experts say the military cannot be relied upon to help in natural disasters as they become increasingly frequent and intense. 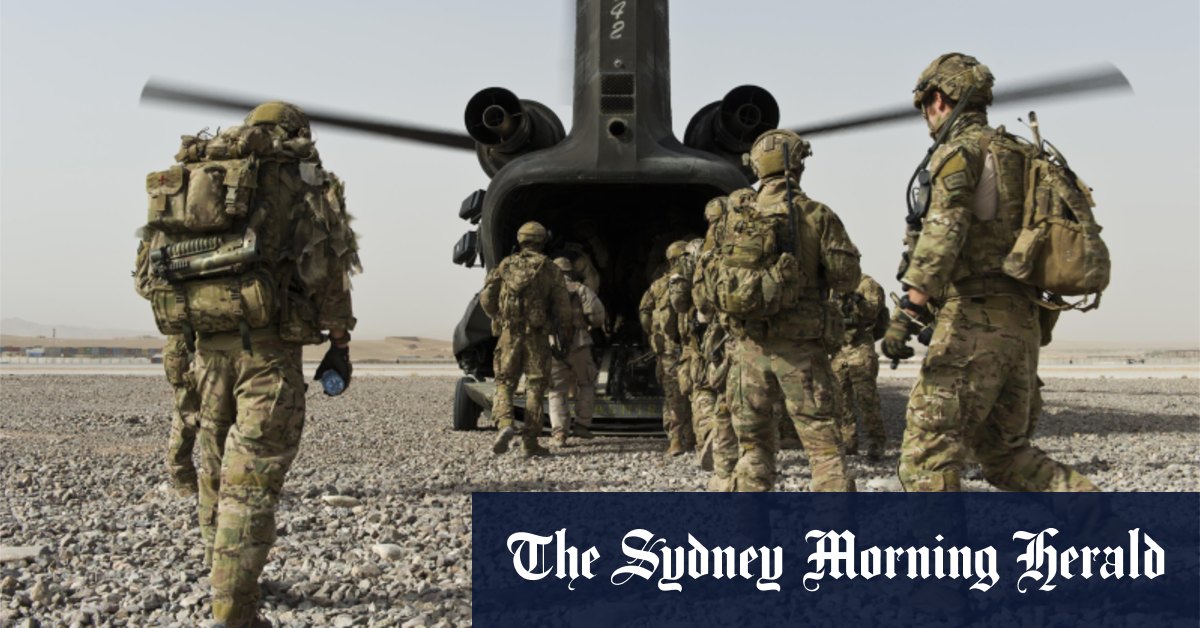 Defence workforce to grow above 100,000
The size and capability of the Australian Defence Force will be significantly increased by the Morrison Government to keep Australians safe in an increasingly uncertain global environment. Under the plan, the number of ADF personnel will increase by around 30 per cent by 2040, taking the total perm… 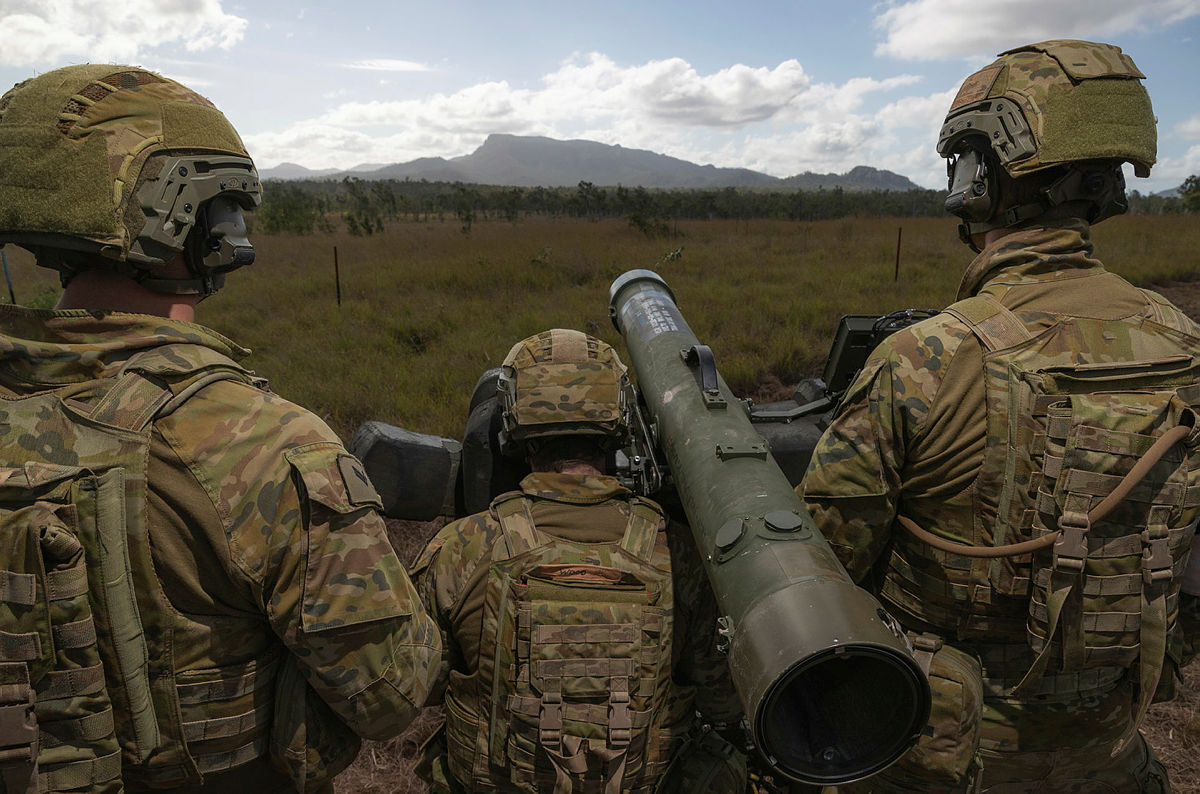 Urgent need for radical thinking on Australia’s defence | The Strategist
Opposition leader Anthony Albanese began his Lowy Institute speech last Thursday referring to Prime Minister John Curtin’s 1941 declaration that Australia ‘looked to America’ in our moment of deepest strategic danger. In 2022 we have … 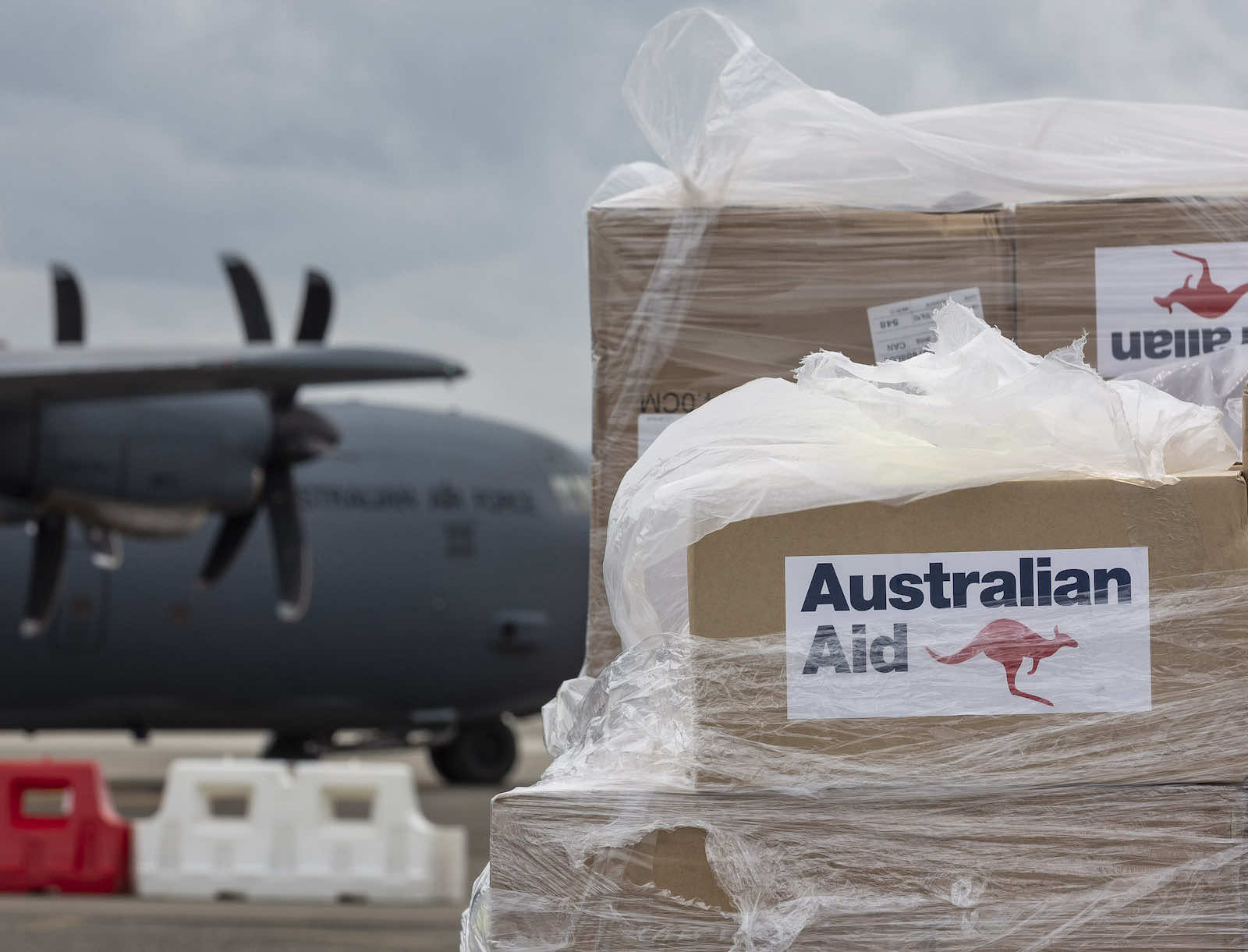 An agenda for aid and development in the 2022 federal election
Australia needs a debate about strategy, budget and capability to best use all aspects of national power – aid included.

Fijian defence hub to safeguard Pacific sovereignty (theaustralian.com.au)
Subscribe to The Australian to get unrestricted digital access, home paper delivery, Apps for iPad and Android, member only +Rewards and much more… ‘Uncertainty is growing’: Australian and Fijian troops to train at $100m Blackrock military camp
The federal government has plunged about $100 million into expanding and redeveloping the facility, which is emerging as a key strategic asset in the Pacific.

We must support the democracies in our own region (theaustralian.com.au)
Subscribe to The Australian to get unrestricted digital access, home paper delivery, Apps for iPad and Android, member only +Rewards and much more…

Troop surge to tackle twin threats (theaustralian.com.au)
Subscribe to The Australian to get unrestricted digital access, home paper delivery, Apps for iPad and Android, member only +Rewards and much more… 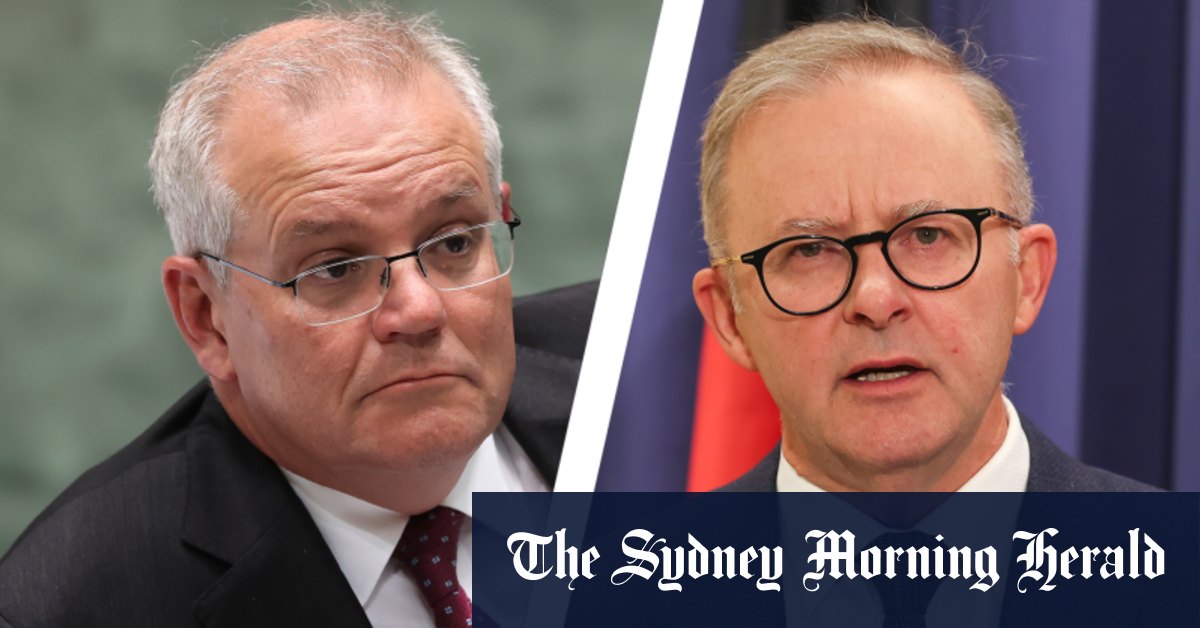 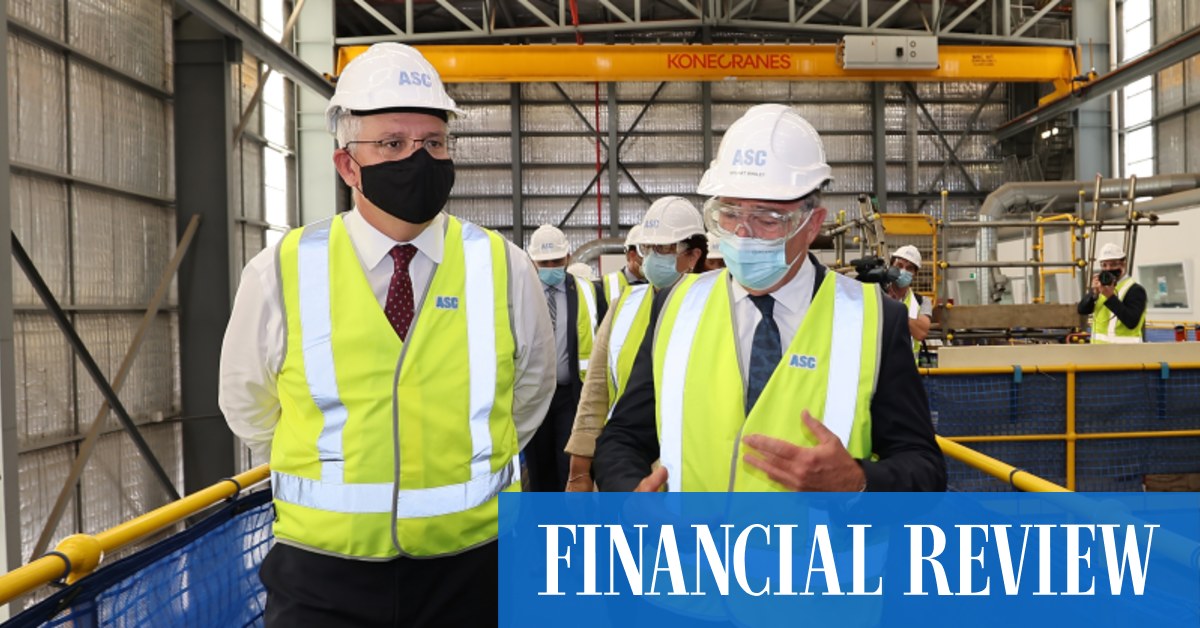 PM boosts critical minerals and defence spending amid China threat
Scott Morrison has pledged $4.3 billion for a naval shipyard and a further $243 million for metals and rare earths in his first visit to WA in nine months.

Australian defence: what the 1930s foretells for the present
A new volume on the country’s interwar foreign policy decisions takes us back to the future.

Australia to build additional submarine base | Department of Defence Ministers
Joint media release: Prime Minister, the Hon Scott Morrison MPA new submarine base will be built on the east coast of Australia to support the nation’s new nuclear-powered submarines, providing deployment opportunities in both the Indian and Pacific oceans. 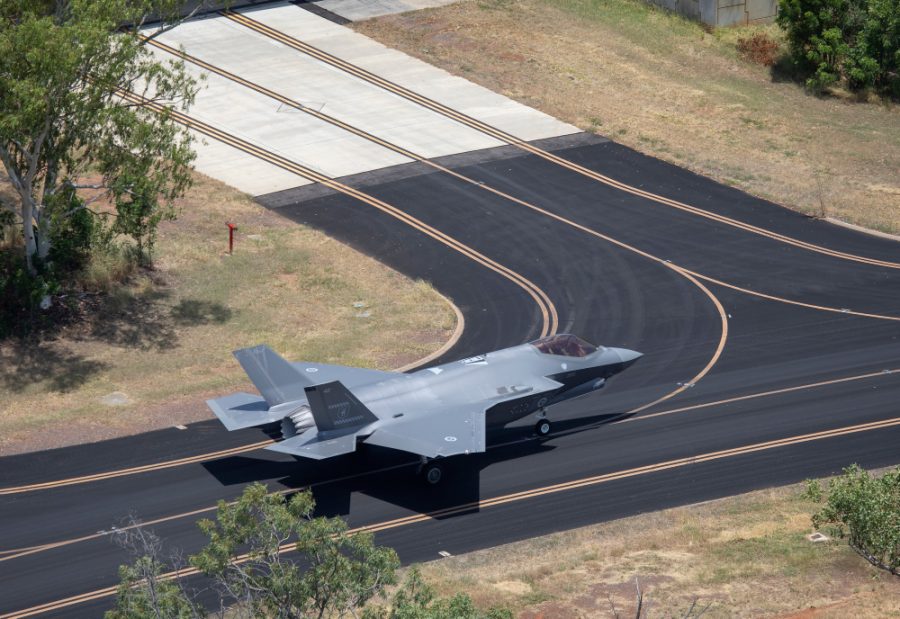 Defence needs a clear plan for investment in northern Australia | The Strategist
During World War II, hushed voices in Nazi-occupied Europe shared the words, ‘The Americans are coming!’ At the time, it was a message of hope among many Europeans who felt utterly helpless. February marked the … 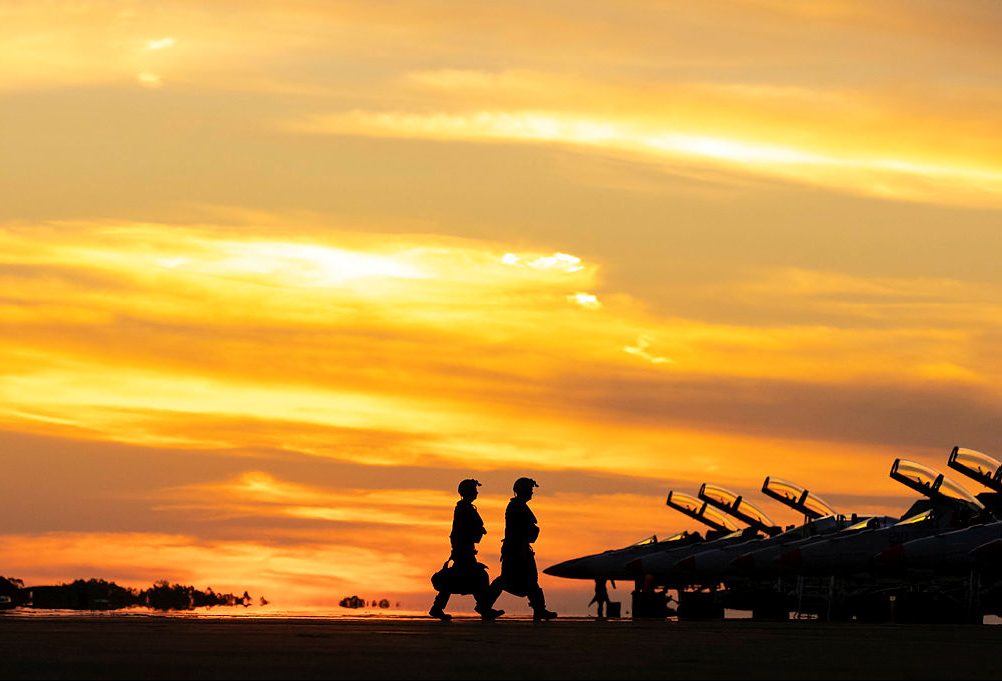 Where will Defence find 18,500 more people? | The Strategist
Last week, Prime Minister Scott Morrison announced an increase of 18,500 to the Department of Defence’s full-time workforce by 2040. I’ll spare you the (semi-)snarky commentary about (semi-)announcements this time and get straight to unpacking …