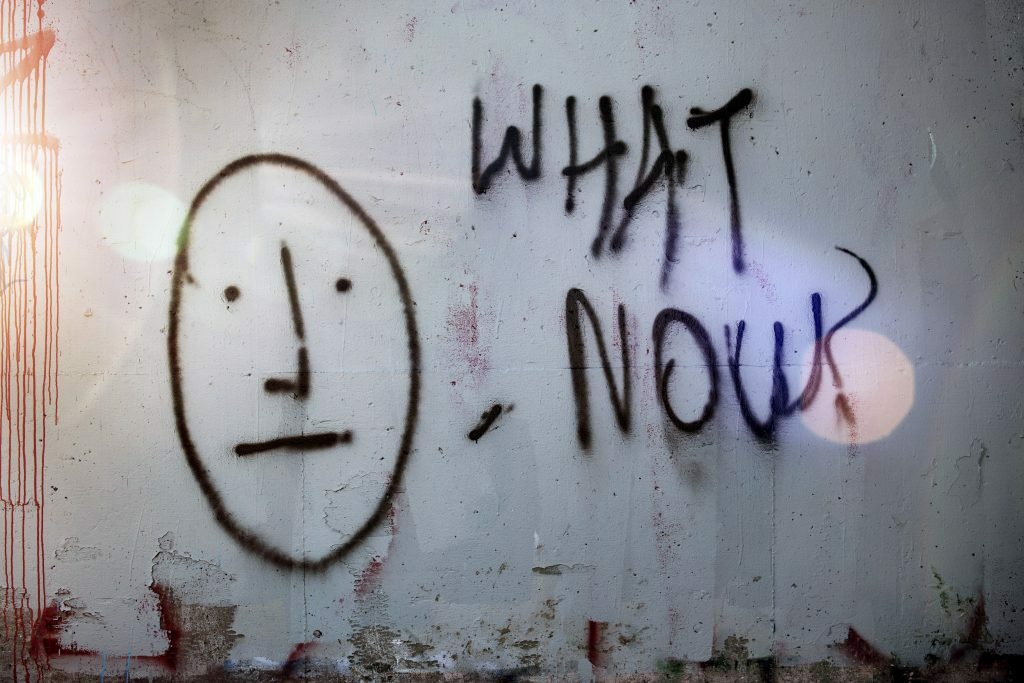 Global Order, Sovereignty and Territorial Integrity – Why what happens in Ukraine matters to Australia

Although it may appear far away from an Australian perspective, recent events surrounding the increased tensions at the Ukrainian-Russian border have not gone unnoticed Down Under. On the contrary, Australian officials are closely watching the situation and have clearly stated that Australia would not shy away from imposing further sanctions on Russia should the situation escalate and lead to an invasion of Ukraine.

Australia considers itself a strong supporter of a rules-based international order and as such, highly values sovereignty and territorial integrity. Thus, when in 2014 Russia invaded Crimea, the Australian government was quick to condemn the move and take a ‘principled stance on Russian aggression against Ukraine’. The controversial attack on Malaysian Airlines flight MH17 in July 2014, which included the death of 38 Australians, led to Australia being more personally affected by the conflict. After a long investigation process, in 2018, Australia informed Russia that it held it responsible for the attack and imposed sanctions against it.

But for Australia the Ukraine-Russia conflict is about more than just a struggle over borders. A Russian invasion would threaten the global order and impact international trade and security. And, although Russia is geographically distanced from Australia, Russian influence stretches into regions much closer to home. A fact that was highlighted most visibly during the recent meeting between Russian president Putin and China’s president Xi Jinping on the margins of the Beijing Winter Olympics opening ceremony.

Over the years, Russia has built strong ties in Southeast Asia and, thus, has become a significant backer of arms and energy deals in what Australia considers as its ’backyard’. The Philippines, Vietnam and Australia’s closest neighbour Indonesia receive Russian arms exports, and Quad partner India has been Russia’s largest military buyer since 2016. Though this Russian presence in the region is a silent one, with Russia being more of a background player compared to more direct and assertive nations such as China, Australia is still aware of the Russian presence. Despite this, the Australian Department of Foreign Affairs and Trade has described Australian-Russian relations as ‘mature’, which allows them ‘to confront [their] differences directly when necessary but work constructively where [their] interests intersect’.

In recent weeks, however, Australian government officials have become more outspoken about their concerns regarding Russian ambitions and intentions concerning Ukraine. These concerns, a few weeks ago, leading to the recall of the dependants of Australian Embassy staff in Kyiv on 24 January, due to the increase in Russian troops at the Ukrainian border. In an interview, Australian Defence Minister Peter Dutton called on the international community to ‘put as much pressure on Russia as possible’ in order to discourage an invasion of Ukraine. He emphasised that such an invasion would inevitably disrupt the world economic market and threaten energy security. He further likened Russian President Vladimir Putin to an ageing dictator who is becoming ‘more and more irrational’ in his effort to leave a legacy. Last weekend the Australian government then went a step further and announced the move of its operations and the relocation of its Kyiv embassy staff to Lviv in western Ukraine.

A Russian invasion of Ukraine would further violate the assurances made under the Budapest Memorandum in 1994, which included the commitment ‘to respect the independence and sovereignty and the existing borders of Ukraine’ and security assurances against ‘threats or use of force against [its] territorial integrity or political independence’. It would also violate the terms of the Minsk II Accord, signed by Ukraine, Russia, France and Germany in 2015. Such a violation would undermine the underlying concept of the international order in that it would eradicate the security that nations like Russia will abide by agreements made in order to guarantee stability.

From an Australian perspective, this aspect of the Russia-Ukraine conflict is highly significant, especially in view of the afore mentioned, recent announcement of a ‘no limits’ Russian-Chinese partnership against the West. An announcement which has caused great concerned among Quad partners and, thus, topped the agenda during last week’s Quad meeting in Melbourne. Australian Foreign Minister Marise Payne warned that such a partnership ‘sets out a vision of the global order that is at odds with that of Australia and that of our allies and ­partners, and I’m confident that includes all of our Quad ­partners’. She further emphasised ‘that the autocratic, unilateral actions of Russia [are considered] to be threatening, and bullying Ukraine is something that is completely and utterly unacceptable’.

Although Australia is not planning to send troops to Ukraine, the government has assured Ukraine of its support. Foreign Minister Marise Payne has asked top security officers to look into potential cyber assistance that could help protect Ukraine against further attacks on its systems. The government is further considering sending liquefied natural gas (LNG) to Europe in order to counteract potential Russian threats to ‘turn off’ the gas supply.

In case of a Russian invasion, Australia has already flagged its support of a joint international sanctions package against Russia. Other potential means of support could include countering Russian propaganda spread in Australian online networks and an expansion of intelligence sharing with Ukraine. Whether or not further actions by Australia will be required depends on how the crisis continues to unfold.

Ukraine country brief
Australia is a consistent supporter of Ukraine’s sovereignty and territorial integrity. The Australian Embassy in Ukraine formally opened in November 2014. Why events around Ukraine matter for Australia | The Strategist
Australia is a consistent supporter of Ukraine’s sovereignty and territorial integrity. This support has always been bipartisan. Two like-minded nations, Ukraine and Australia champion world order based on international law. Australia’s respect for international law … 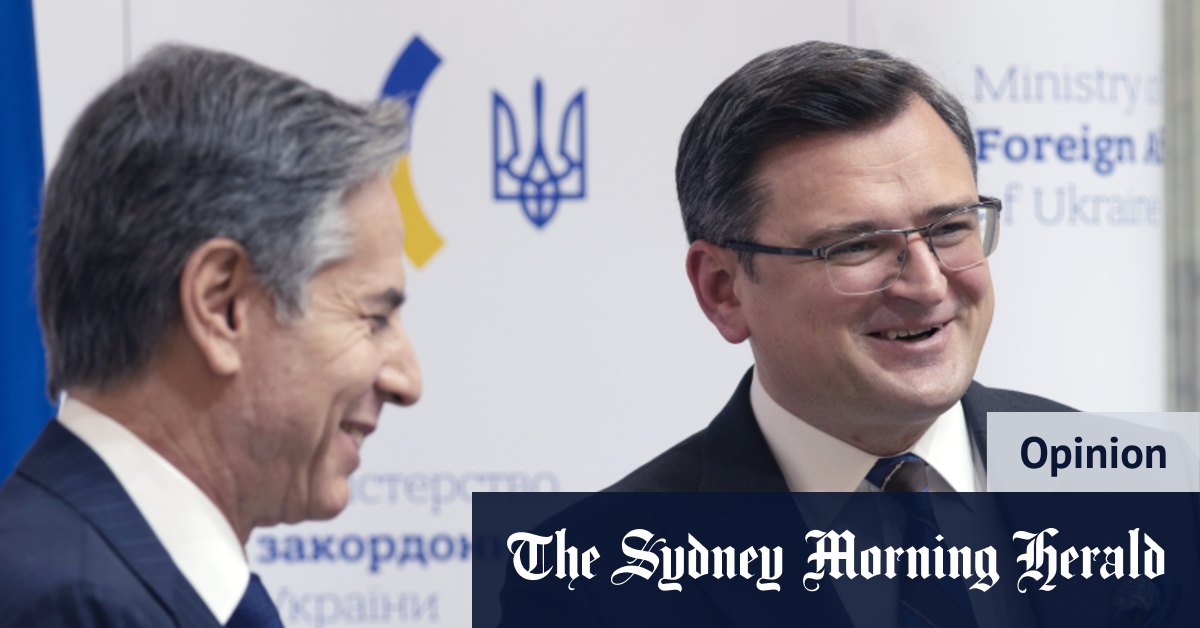 Why my country matters to Australians – and what you can do to help Ukraine
Ukraine’s Foreign Minister writes that there is much Australia can do – short of military involvement – to help his country in the face of a looming Russian threat. 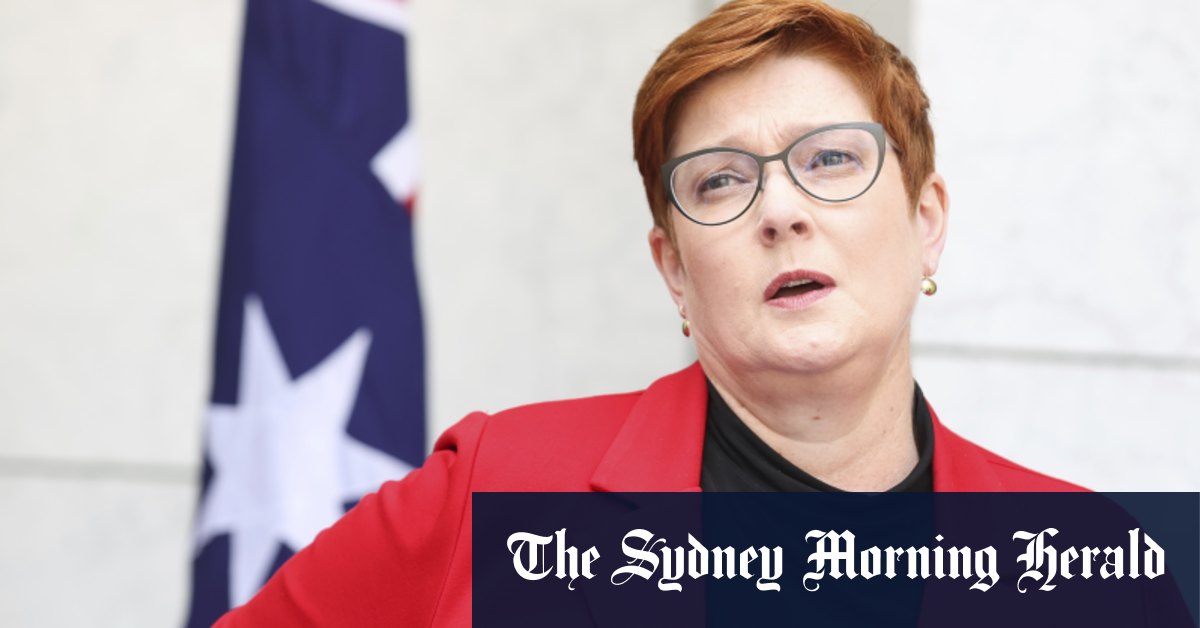 Australia offers Ukraine help, urges citizens to leave amid invasion fears
Australia’s critical technology ambassador is leading talks with Ukraine officials on ways to defend against cyber attacks while Russia assembles troops on the country’s border.
Looking Beyond Ukraine: A View From Australia – Australian Institute of International Affairs
Russia continues to expand its influence in the Asia-Pacific. Although thousands of kilometres away, the tension in Ukraine will be felt in Australia. 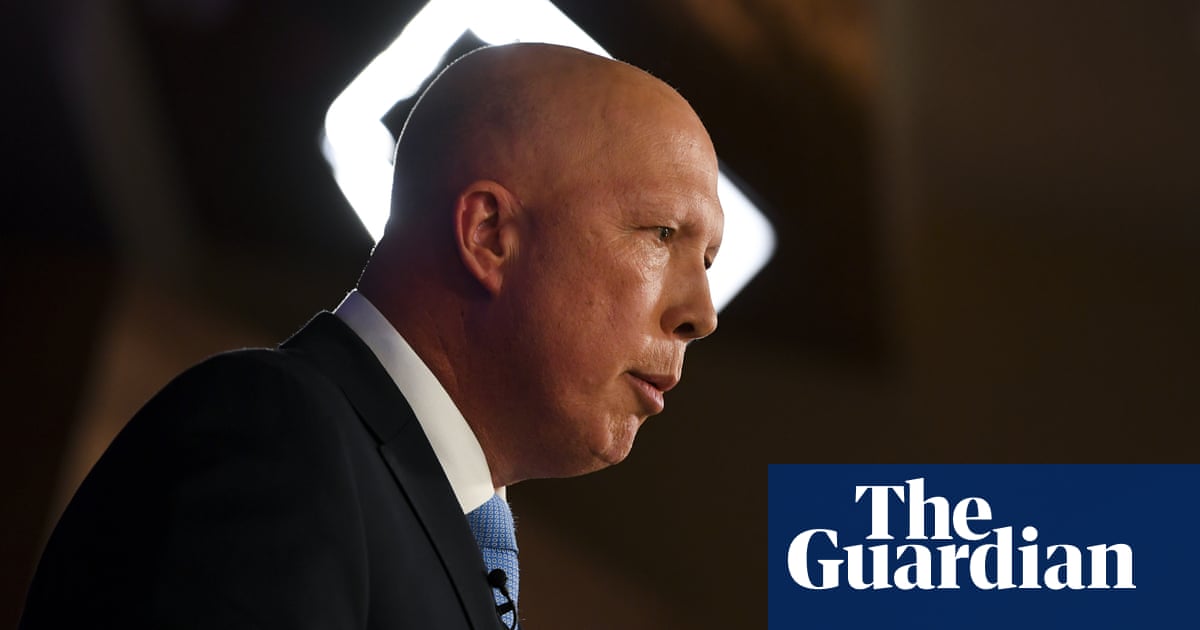 Ukraine envoy hits back at Russian counterpart’s ‘false’ and ‘strange’ claims
The Ukrainian ambassador to Australia says Russia is violating international law and threatening its neighbours by amassing troops along its border. 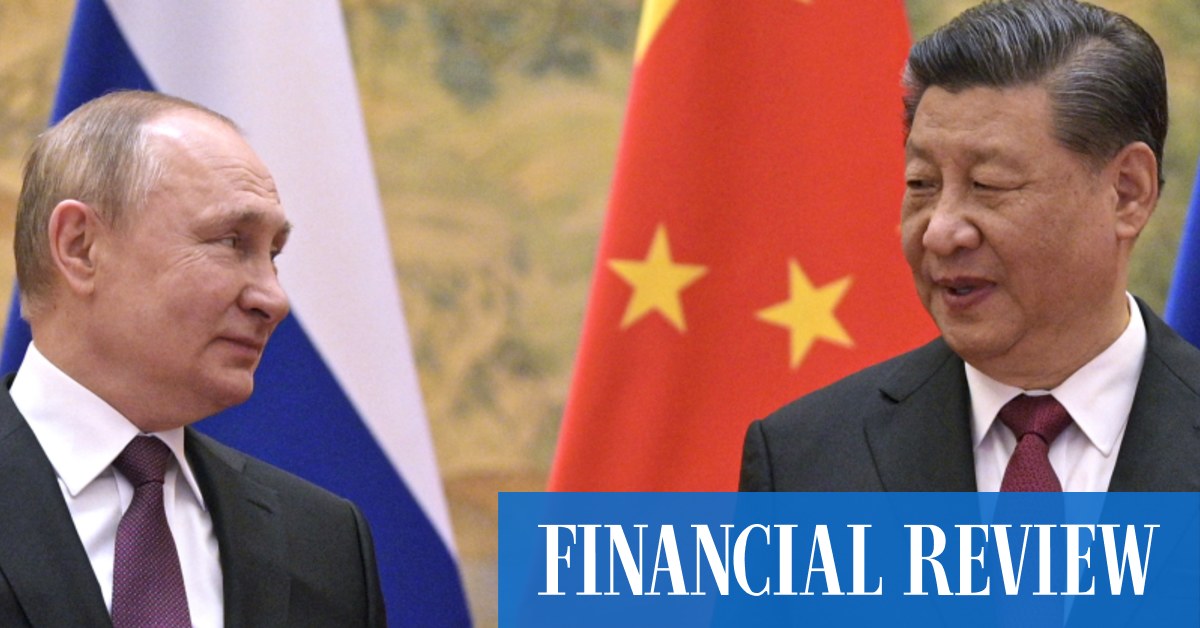 China, Russia accuse AUKUS pact of increasing arms race risk
China and Russia have used a meeting on the sidelines of the Winter Olympics to declare they may back each other on Ukraine and Taiwan. 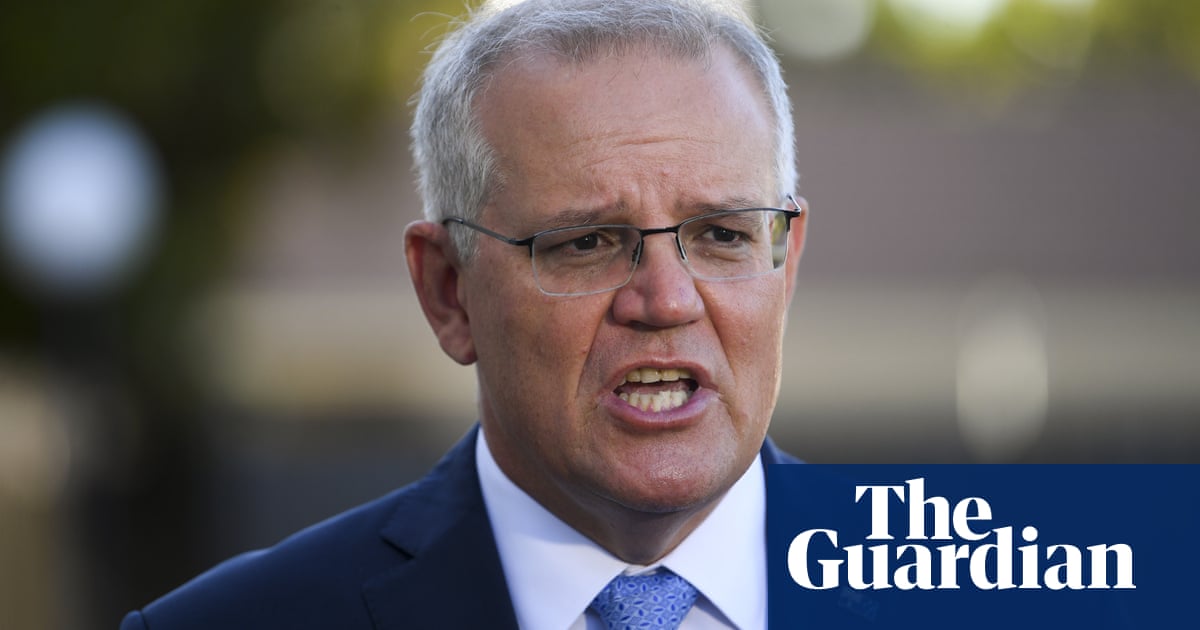 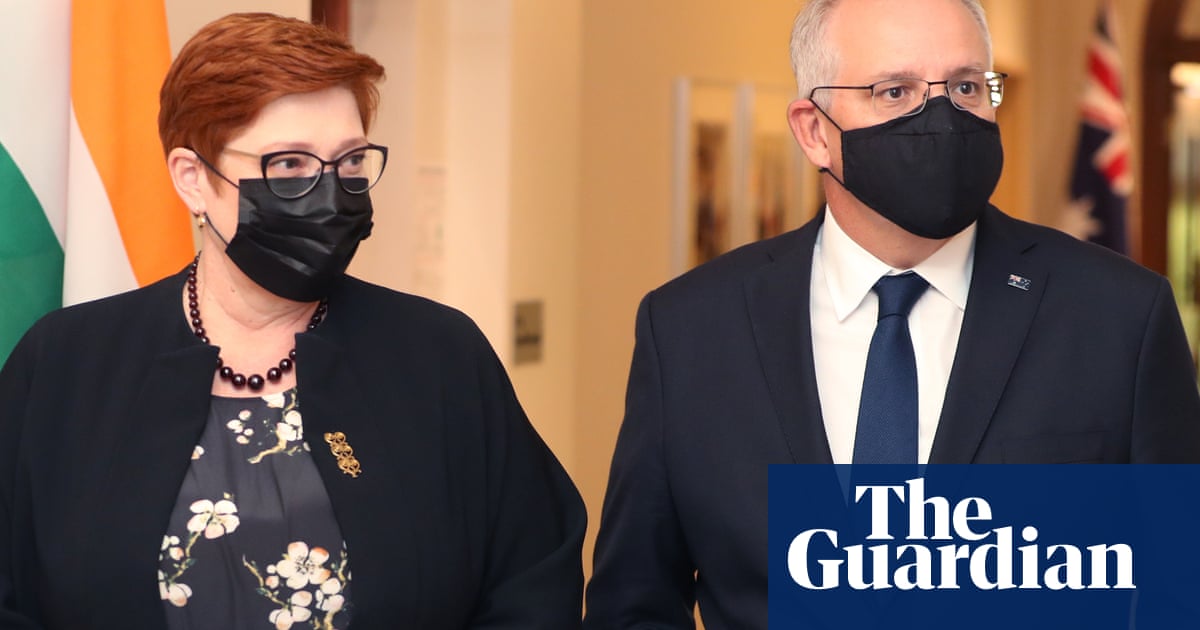 Australia moves embassy staff to western Ukraine amid fears Russian invasion is imminent
Foreign Minister Marise Payne says the government will move its Ukrainian embassy staff to Lviv, a few hundred kilometres west of Kyiv and close to the Polish border, as the situation on the Russian border deteriorates.