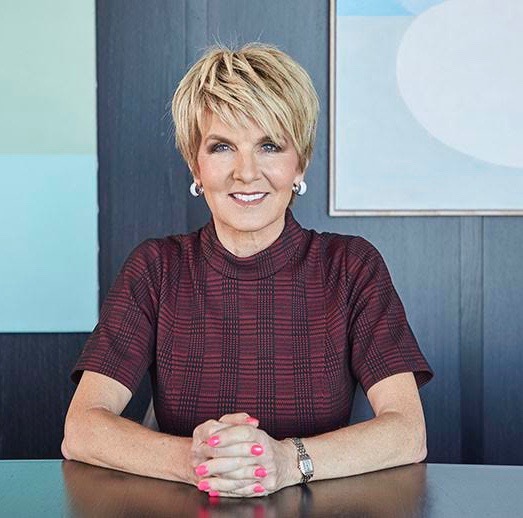 Interested in diplomacy, geoeconomics and cooperation in the Indo-Pacific?

Tune into this video with Australia’s former Foreign Minister of Australia and current Chancellor of the Australian National University who answers some questions we posed to her as a contribution to the 5th German-Asian Business Dialogue.

Ms Bishop, who was also Deputy Leader of the Australian Liberal Party, is widely regarded as one of Australia’s finest Ministers for Foreign Affairs; she is credited with strengthening Australia’s strategic and economic relationships and positioned the country as the largest aid donor to the Indo-Pacific region. Under her leadership, Australia’s 2017 Foreign Policy White Paper – a comprehensive policy framework for the subsequent decade – was developed. As the first woman to hold the role of Foreign Minister, she made gender equality and women’s empowerment a key priority in Australia’s foreign policy.