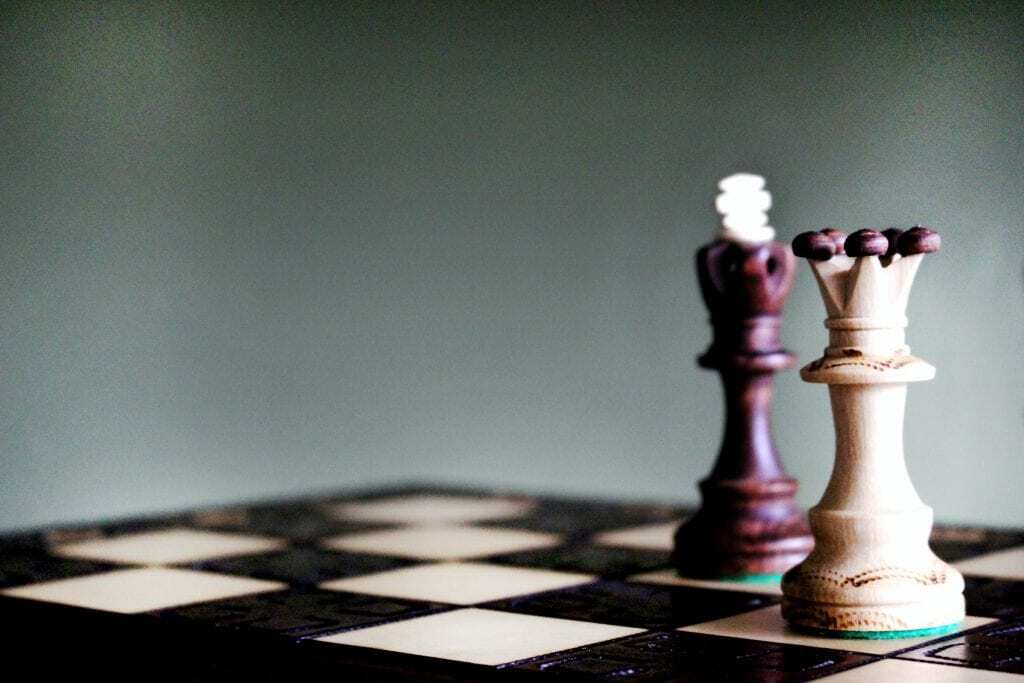 SAMOA – A FAST End to an Era of Political Dominance?

In Samoa, events have unfolded thick and fast since the general election held on 9 April. In order to understand them, some basic details are needed.

20 April The Electoral Commission allocates an extra seat in parliament to the female candidate who came closest to winning an electoral seat (Aliimalemanu Alofa Tuu’au from the HRPP).

21 April The independent candidate announces that he will side with the FAST Party, after HRPP’s leader did not give in to his call for resignation.

22 April The FAST Party challenges the appointment of an additional woman to parliament, arguing the constitutional requirement of five women was met.

7 May The caretaker prime minister claims to have been appointed by God to lead the country, and that the judiciary has not authority over his appointment.

17 May The Supreme Court unanimously holds that the Electoral Commission’s decision on an additional seat was unconstitutional. The Court also finds that the Head of State has no constitutional power to call for a second election, and confirms that parliament must convene within 45 days from the election.

19 May HRPP challenges the Supreme Court’s decisions on the second election and the additional woman in parliament, and advises the Head of State not to convene parliament.

21 May The Court of Appeal rejects a stay on the voiding of the appointment of an additional woman to parliament. The Head of State calls for parliament to convene on 24 May.

22 May The Head of State suspends parliament until such time as to be announced and for reasons that he will make known in due course.

23 May The Supreme Court meets urgently in a rare Sunday session and overrules the suspension of parliament.

24 May Samoa’s first female prime minister and her cabinet are sworn into office in a tent, after being locked out of parliament by the Speaker, Leaupepe Toleafoa Fa’afisi, a member of HRPP.

27 May The Attorney General, Savalenoa Mareva Betham-Annandale, seeks court orders declaring the FAST Party’s swearing in as unconstitutional and unlawful, and suspending the legal effect of the ceremony. The former prime minister accuses the Supreme Court of treason, claiming the Chief Justice was related to the FAST Party leader and the Party co-founder and deputy leader, La’auli Leuatea Polataivao Schmidt. The Attorney General reportedly says: “All four cases between FAST and the Government all went against the Government and favoured FAST … There is now substantive evidence before our office that is questioning the appearance of impartiality and integrity of the judiciary presiding over this matter.”

1 June Samoa celebrates its 59th Independence Day. Women march in support of the appointment of a sixth woman to parliament.

2 June The Court of Appeal upholds the Supreme Court decision against the appointment of a sixth women in parliament on the ground that a decision on the appointment of additional women could not be determined until after the electoral petitions and the by-elections are complete. According to FAST Party lawyer Taulapapa Brenda Heather-Latu, however, the Court also ruled that six women would be the correct number under the Constitution.

The events in Samoa have triggered various international responses. The United Nations Human Rights Council, for example, expressed its concern over the challenges to the rule of law, emphasizing the key role of an independent judiciary, and urged Samoa to respect and to protect democratic institutions and the rule of law. The European Union reaffirmed its longstanding partnership with Samoa, calling on all parties involved to respect the principles of democracy, the separation of powers and the rule of law, and to agree through dialogue on a solution reflecting the democratic choice of the people of Samoa. New Zealand Prime Minister Jacinda Ardern called for all parties to continue to uphold the rule of law and to demonstrate respect for the democratic process. Australian Foreign Minister Marise Payne noted that the outcome of the election was still being contested in the courts and that Australia would respect [the outcome of] that process. The Secretary General of the Pacific Islands Forum encouraged all parties to pursue peaceful means to resolve their difficulties but refrained from referring to the prime minister-elect as Samoa’s new prime minister. The President of the Federated States of Micronesia, David Panuelo, quickly announced his country’s formal recognition of Fiame Naomi Mata’afa as the newly elected prime minister saying that “Australia and New Zealand, and the Pacific Islands Forum for that matter, all have important economic and cultural ties with Samoa [but] I can disagree with them for being silent for now.”

The Lowy Institute considers a “fast end to an era of political dominance in Samoa”. The Sydney Morning Herald reads: “Boys’ Club: Samoa’s Crisis Casts Shadow Over Gender Equality in Pacific Politics.” The Conversation comments: “Samoa is a microcosm of […] the struggles between democracy and […] autocratic political regimes […]. Samoa moved closer to China under Tuilaepa but that may now be reversed under Fiame.”

There are various petitions pending before the courts. Depending on their outcome, by-elections may be required which, in turn, could require the appointment of one – or more – additional women, or remove such a need. Samoa’s former prime minister and the newly elected prime minister are scheduled to meet again today.

Samoa: Meeting of divided leaders ‘only the beginning’
Samoa’s caretaker Prime Minister and Prime Minister-elect met are set to meet again on Monday following on from Thursday afternoon’s secretly-held negotiations. 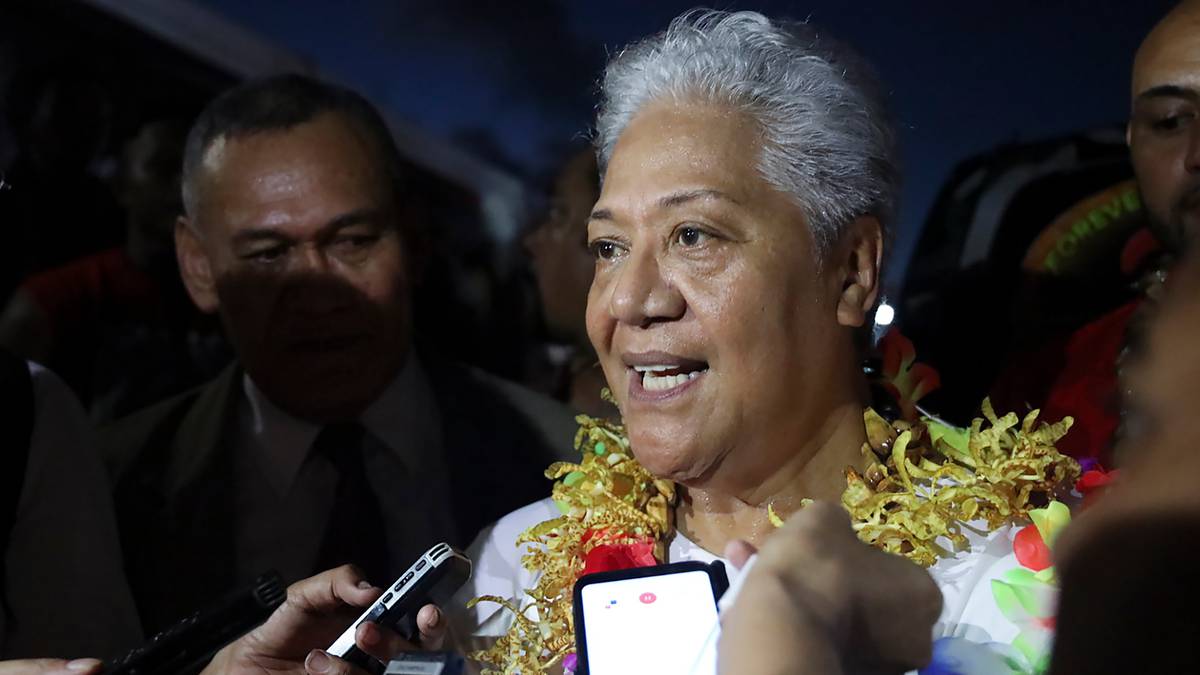 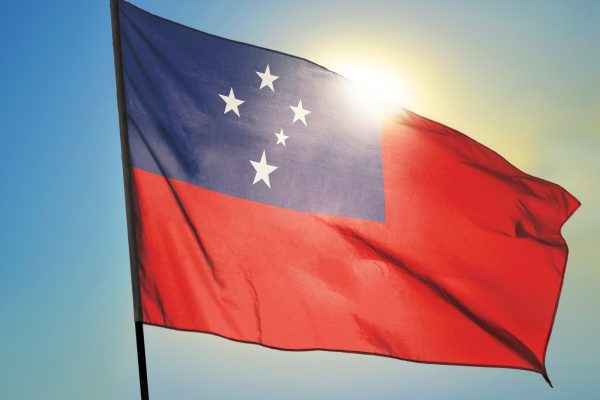 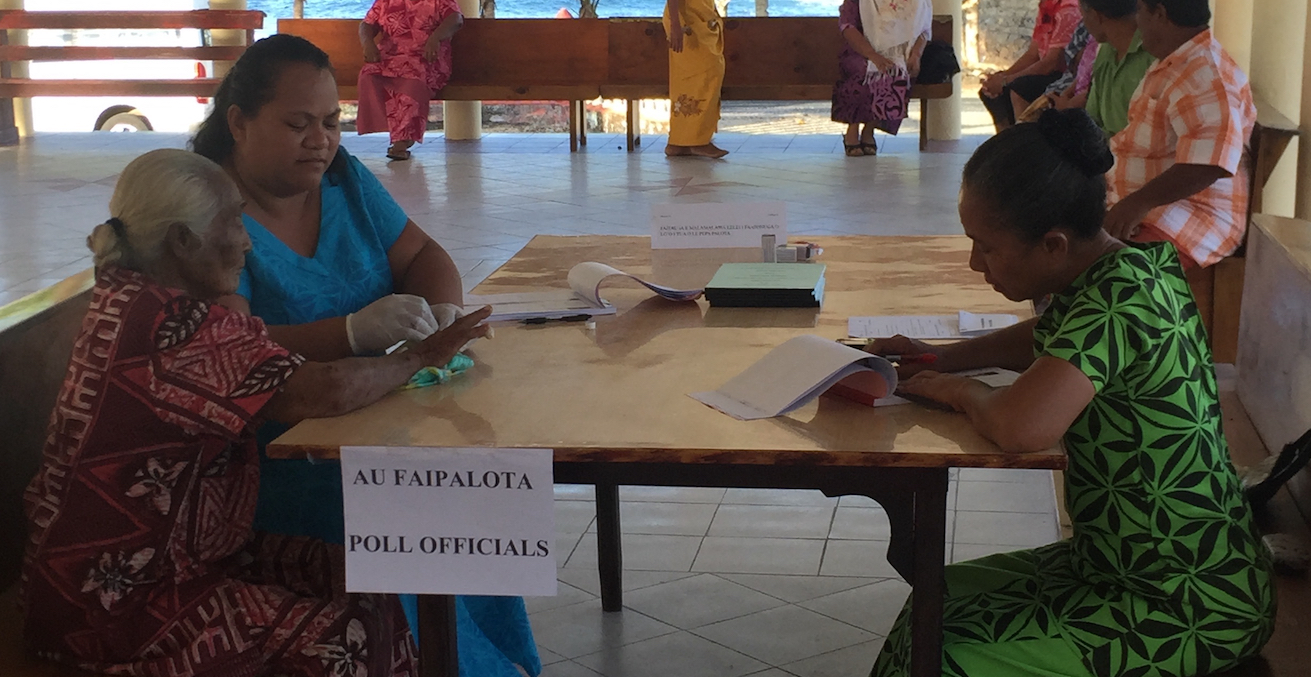 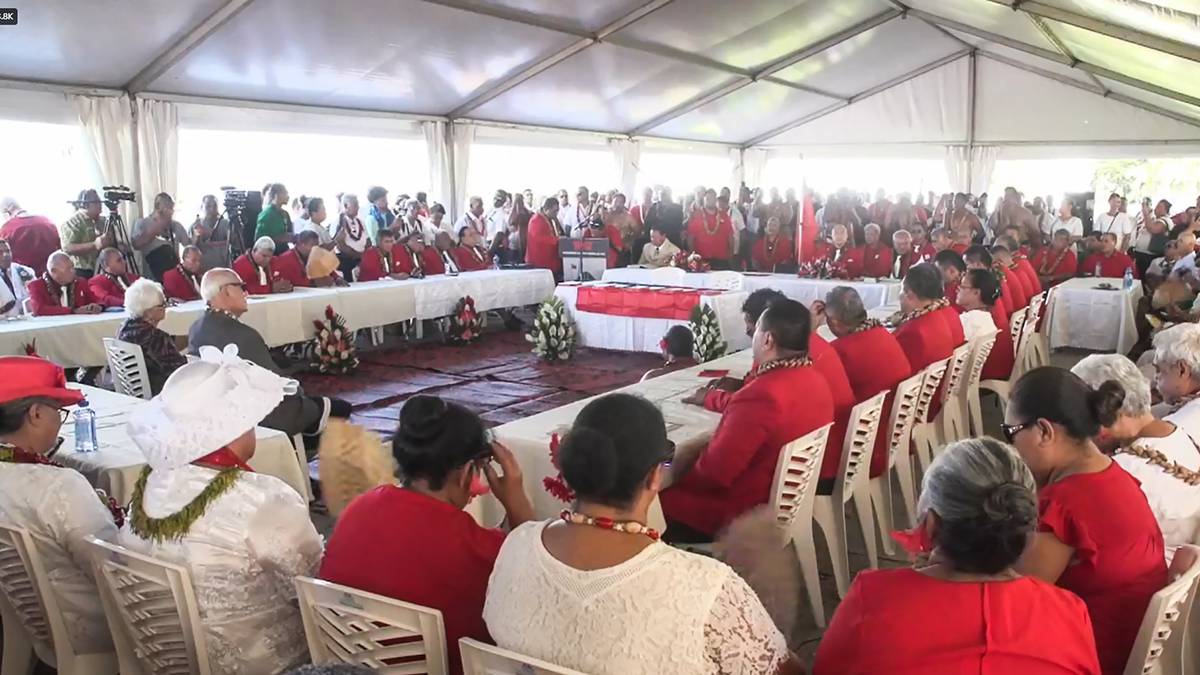 Samoa election crisis: What you need to know – NZ Herald
Samoa has been struggling with a constitutional crisis – here’s what is happening.

Samoan democracy hangs in the balance as a constitutional arm wrestle plays out — with the world watching
Samoa’s constitutional crisis has caught the world’s attention, but diplomatic rhetoric may not be enough to support the country’s democratically elected government. 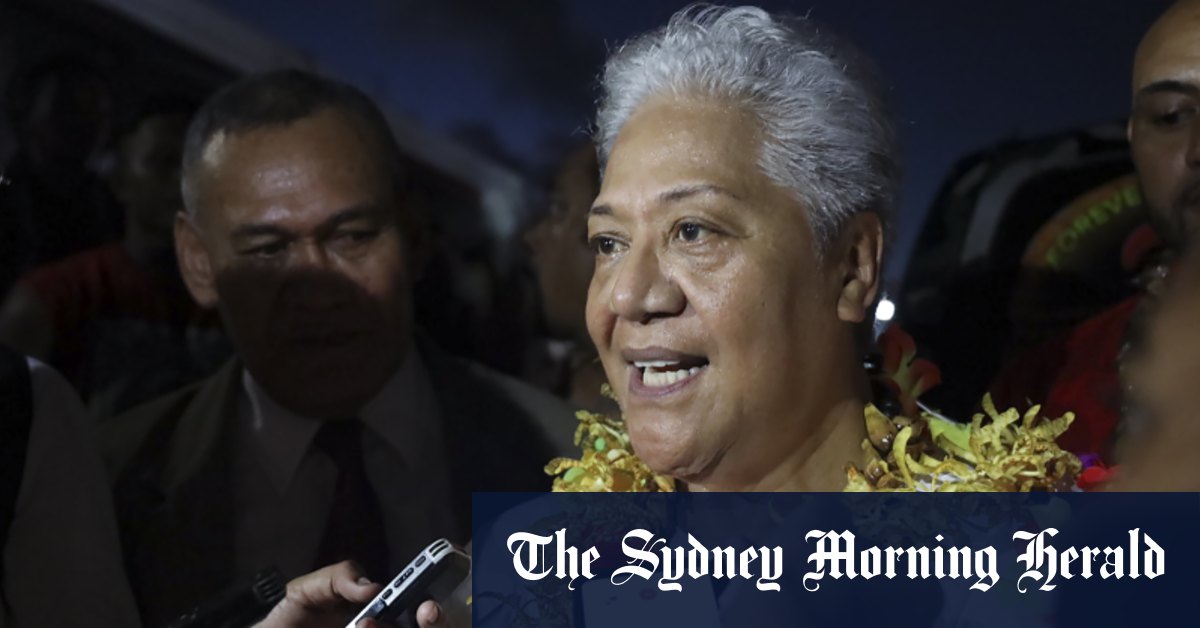 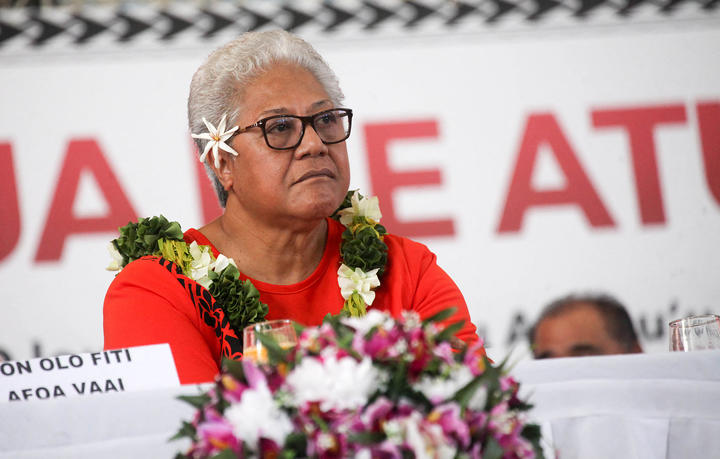 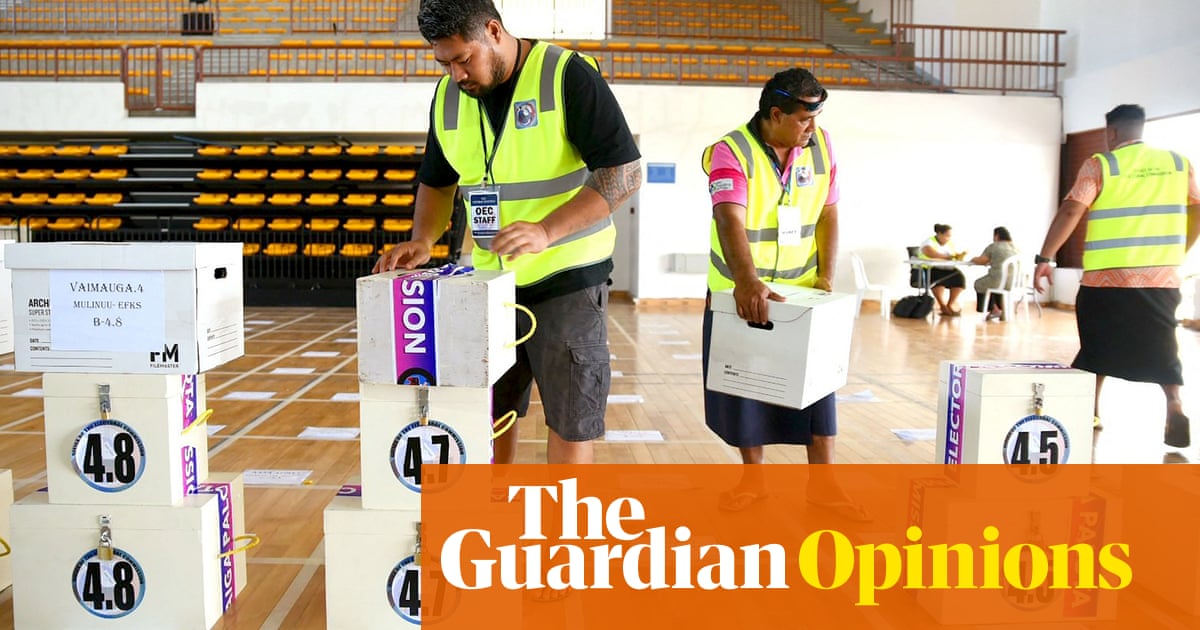 Samoa is experiencing a bloodless coup. The Pacific’s most stable democracy is in trouble | Fiona Ey
The government’s actions after last month’s elections call democracy into question and sets a dangerous precedent for developing nations A fast end to an era of political dominance in Samoa
The Human Rights Protection Party has been in power almost continuously for nearly 40 years. Perhaps no longer.