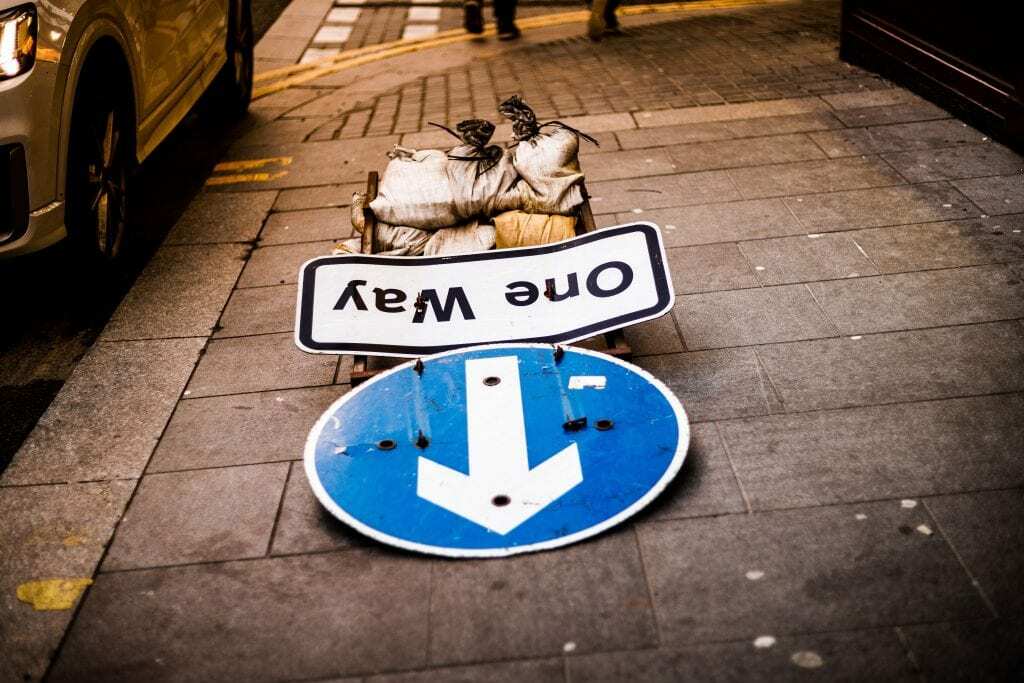 In Australia, another attempt to maintain or regain its sovereignty in the face of competition from a powerful actor has dominated the headlines.

“People in free societies like Australia who go to ballot boxes, and go and they vote — that’s who should run the world, the people and citizens of the nations of the world, not big global tech giants.

“They produce amazing technology that does amazing things … and it’s exciting, but at the end of the day, all of these things must be accountable to sovereign elected governments.

“Which means at the end of the day, Australians should be in charge.”

The highly contentious media bargaining bill, formally titled Treasury Laws Amendment (News Media and Digital Platforms Mandatory Bargaining Code) Bill 2021, passed both houses of Parliament last week. Facebook responded with the drastic , and much reported on move of blocking the sharing and publishing of Australian news on its platform. This involved prohibiting Australian news and media organizations from sharing news posts, and Australian users from seeing news from international sources as well. The ban also removed posts from government and essential services sites (such as emergency/fire updates during bushfire season).

This new law constitutes an expansive regulatory measure that forces tech platforms to pay Australian media companies for the content users share (and that platforms earn ad revenue from). The context to this is that due to the COVID-19 crisis’ slowing of the global economy, media advertising dropped, and in Australia, a number of local newspapers stopped printing or closed, and major news companies laid off staff.

The passing of the legislation is the result of  long, hotly contested process between the Australian Competition and Consumer Commission (ACCC), the Australian Government and Google and Facebook. And whether the News Media and Digital Platforms Mandatory Bargaining Code is the right policy move is still an ongoing question that has been much-debated in Australia over the past week. After pressure from the Australian government, Facebook promptly reversed the ban and is back at the negotiating table to broker a deal similar to Google’s agreement with Seven News to pay the private media company for hosting their content across their sites.

Growing concern around the dependency of news organisations on platforms like Facebook and Google for audience traffic had led the Australian government to commission a report by the independent Australian Competition and Consumer Commission with recommendations for new legislation in the form of a code of conduct for tech platforms Google and Facebook. While initially optional, the Australian Government requested that the ACCC make the code mandatory. This now requires platforms to share data with news media, provide “early notification of changes to the ranking or display of news content”, to not “impede news media businesses’ opportunities to monetise their content appropriately”, and share revenue or offer compensation if “the digital platform obtains value, directly or indirectly, from content produced by news media businesses” ( as per the Australian Competition and Consumer Commission.)

Addressing the institutional relationship between platforms and the media industry, the new legislation reflects a recognition of power imbalances which have long constitute a policy challenge. While the central motivation behind this policy is the concern that news media are becoming too dependent on platforms for audiences (at the same time intensifying news media’s ongoing financial struggles), it is also reflective of growing concern – shared by many governments – about the opacity of platform algorithms and the rise in misinformation and disinformation.

As a law to transfer revenue from platforms to publishers, it is said to support journalism through the direct funding of commercial outlets. At the same time, it also imposes measures that establish some level of algorithmic transparency and addressed misinformation and disinformation by focusing on the issue of news quality. The Australian government had specifically asked platforms to work with the media regulator (ACMA) to develop a voluntary code of conduct that would “outline what the platforms will do to tackle disinformation on their services and support the ability of Australians to discern the quality of news and information”.

Australia’s reforms are seen as a turning point for platform regulation, which could spur other governments to impose similar measures and possibly lead to an internationalisation of the Australian approach.

As one Australian commentator remarked in a highly publicized opinion piece for the Washington Post,

“It’s now the turn of Big Tech to be bent to the human will. We need to keep the good and dump the bad. We need to demand it pays its way.”

And the world shouldn’t let plucky Australia stand on its own. Consider this an urgent friend request.

The View to Europe:

Especially in Europe, where platform governance is high on the political agenda. countries have conducted similar reviews and inquiries in an attempt to curb platforms’ power over of news media.

Facebook’s reaction to pull Australian content from its services has precedent in Europe: In 2014, Google withdrew Google News from Spain and barred content from certain German publishers after they sued the corporation over intellectual property rights. Similarly, France’s competition authority recently forced Google to negotiate with publishers and pay them for the use of their content.

At the EU member state-level, Germany and France are seeking to carve out a role as innovators and global leaders’ in platform governance: the German Network Enforcement Act – adding to the existing regulatory e-commerce framework, introduced new procedures and significant fines. Germany is also considering adding provisions to its media law that would impose ‘media pluralism obligations’ on internet intermediaries.

The French government is developing an overarching five-tiered approach to social media regulation in direct cooperation with Facebook. It also has its own version of the German NetzDG, requiring platforms to remove certain types of content within one hour, backed also by serious fines. Its Press Law and Electoral Code set out transparency obligations and a requirement to actively implement measures to combat the dissemination of false information ‘likely to disturb public order or to affect the integrity of a ballot’. Moreover, France’s controversial ‘civil procedure’ introduced in 2020 allows political parties, candidates and even individuals to apply for a judicial order to stop ‘factually inaccurate or misleading allegations or accusations’ from being shared online.

Overall, Europe’s regulatory approach has been described as designed to curb platform power and algorithmic opacity by “infus[ing] some public value standards into corporations”

Whether the Australian measures can achieve this remains an open question:

Shortly after Facebook banned Australian news sources on its platform, The Australian Broadcasting Company’s (ABC) News app shot to the top of the Apple’s App Store charts in Australia. Other key media outlets, such as for example the Sydney Morning Herald also displayed banners above each article in their online edition that encouraged readers to download their app due to the ban; and news media organisations had already started to diversify their distribution strategies and the business models associated with them in response to Facebook’s algorithm changes.

While Facebook remains important, recent research suggests that greater attention needs to be paid to the complexity behind the relationship between news organisations and platforms.

Against the context of Australian public service media organizations and local media outlets are struggling to retain a dominant market position, this leads to questions about publicly funded news versus commercial journalism. Recently, successive governments in Australia has been critical of the publicly funded broadcaster ABC, with bipartisan efforts to cut the ABC’s budget (which in turn have seen funding decline significantly.

For many critical commentators and experts, this means an opportunity for democratic nations to secure critical democratic infrastructure through public service media is wasted and instead used to regulate the private market.

There are certainly public interest issues associated with the online distribution of news, with the legislation being framed by the following statement:  “Government intervention is necessary because of the public benefit provided by the production and dissemination of news, and the importance of a strong independent media in a well-functioning democracy.”

Yet, Experts worry that this will lead to commercial interests being favored over genuine public interest concerns, especially since Australia’s mandatory code is still oriented around commercial relationships following codes developed by the ACCC to regulate other sectors. This would mean that the power of commercial actors, despite a changing regulatory environment still trumps that of journalism in the public interest.  So, whether sovereignty is restored and independent journalism saved remains to be seen. Prime Minister declares Australians should be in charge, not tech giants | ZDNet
Told ZDNet the government will ‘always step up’ when Australia’s sovereignty is being compromised or challenged.

There was ‘definitely one loser’ in Facebook’s battle with the government
The government got its bargaining code, news businesses will get their cheque, and Facebook gets a few key concessions. So who won and who lost the battle of the media bargaining code?

Web’s inventor says news media bargaining code could break the internet. He’s right — but there’s a fix
The code could require Google and Facebook to pay up for simply including links to news articles from other sites. This has never been a requirement on the web.

Why Google is now funnelling millions into media outlets, as Facebook pulls news for Australia
The timing of Google’s deals raises questions, coming just as the News Media Bargaining Code is set to be introduced into federal parliament. 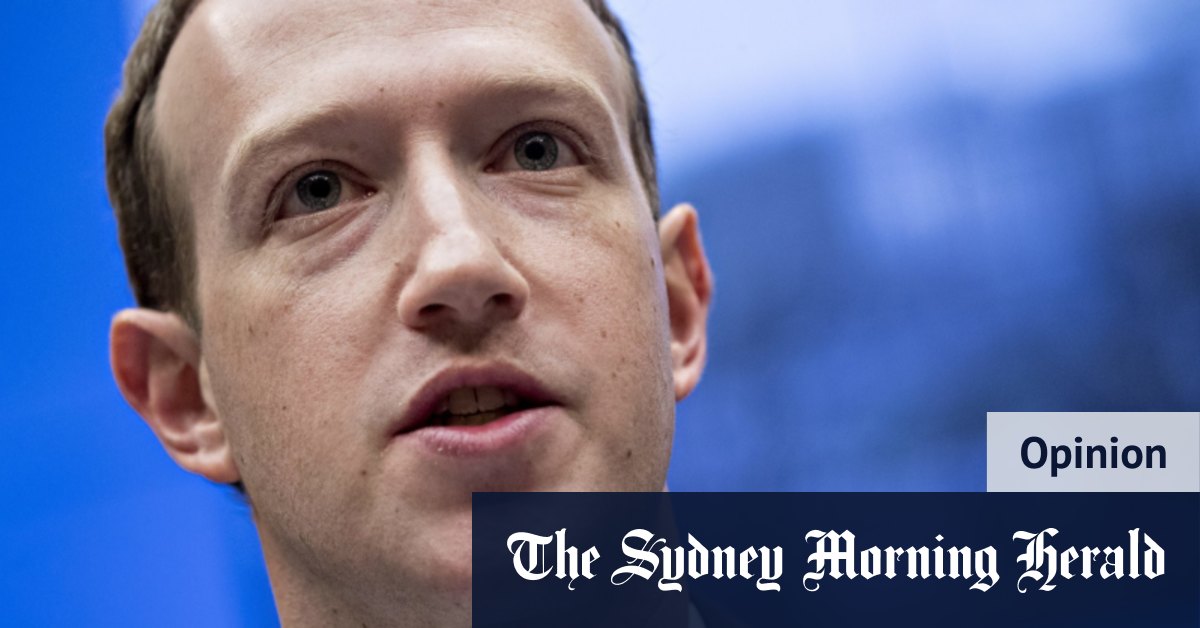 Why Facebook’s news ban was a predictable move
Facebook’s decision to pull the plug on news was both foreshadowed and preventable.
Opinion | Australia is standing up to Facebook and Big Tech. It shouldn’t fight alone.
For those who have long argued that Facebook is too powerful, Zuckerberg has just proved them right. 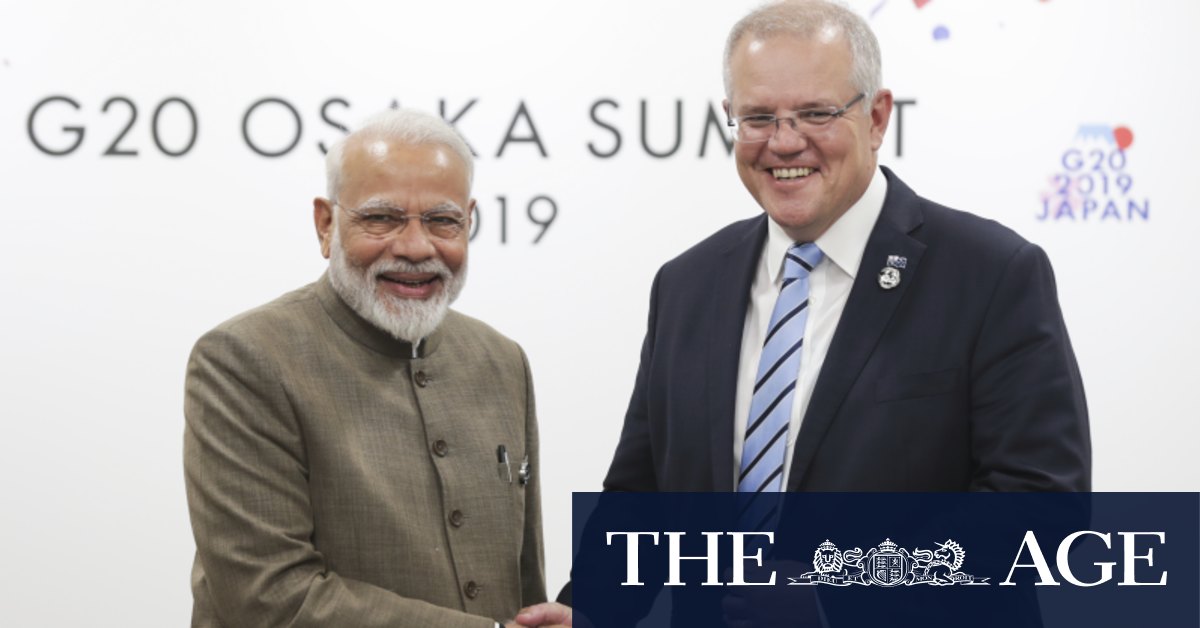 ‘We will not be intimidated’: PM takes Facebook fight to India and the world
Global leaders will be asked to back Australia in a fight with Facebook after the social media giant silenced news, health and emergency services in a bid to halt a federal law.