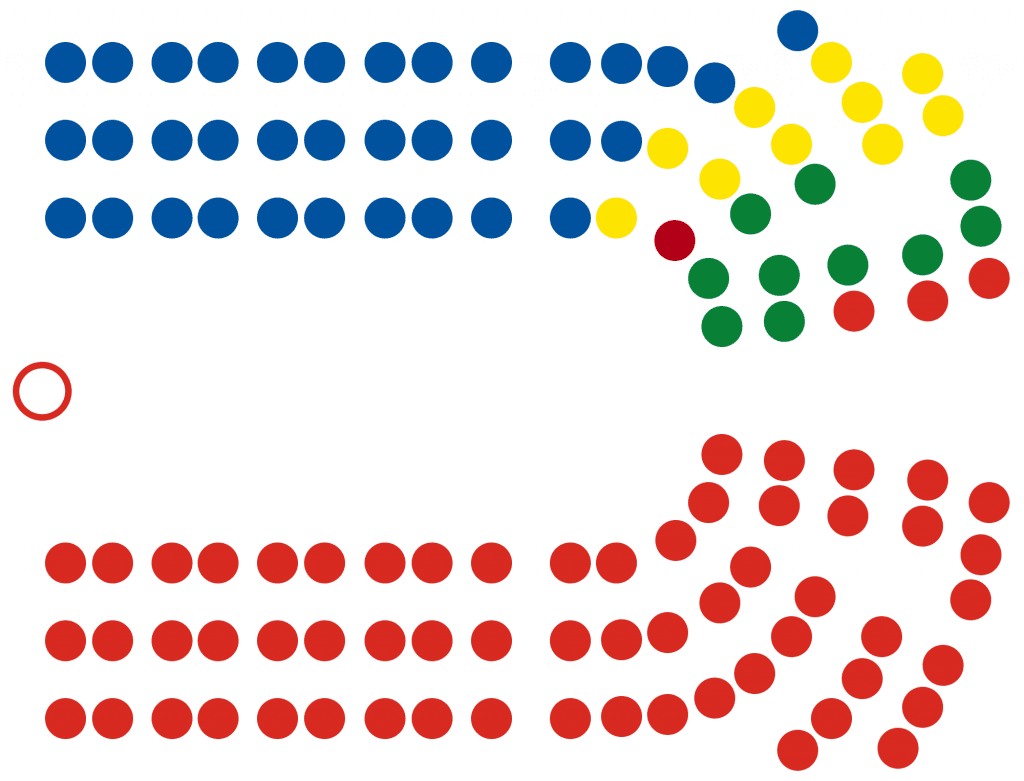 New Zealand has elected a new parliament on 17 October 2020. The preliminary election results are in line with the pre-election polls and show that Prime Minister Jacinda Ardern’s Labour Party has gained the absolute majority. For the first time since the introduction of the mixed members proportional (MMP) voting system by way of a referendum in 1993, one of the parties will be able to form government without a coalition partner and/or supporting party, provided the so called special declaration votes (including overseas votes, estimated at 480,000 or 17% of total votes) do not significantly alter the official election result. The National Party, on the other hand, has suffered enormous losses. The media report a tectonic election result for the country located alongside the ring of fire.

The Electoral Commission has published the following preliminary election results at the end of the election day:

The most important implications of the preliminary election result include: (1) Labour may govern alone or choose to form a coalition, for example, with the Green Party. In any case, it is likely that the party will shift to the left again despite Jacinda Ardern’s announcement that she would govern for all New Zealanders. (2) The National Party’s identity crisis with four leaders in three years, and three leaders this year, is ongoing. The party will have to overcome this crisis to perform its opposition role in a meaningful manner. (3) The ACT Party continues to gain voter support and thus influence in New Zealand politics. Notably, the party that resulted from the Association of Consumers and Taxpayers not only continues to support the firearms community but explicitly targeted its members in the election campaign. (4) The Maori Party is represented in parliament again after it lost its seats to Labour in the 2017 elections. This should provide New Zealand’s indigenous people with a stronger voice in parliament again. (5) The NZ First Party, its founder, leader and former foreign minister, Winston Peters, are out of parliament – for the first time since the party’s inception in the 1990s.

The Labour Government’s track record in the first half of the parliamentary term fell short of its 2017 election commitments and meant the Labour Party was polling behind the National Party. The second half of the three-year term, however, brought with it three key events that would increase voter support and ultimately result in the party winning the election. First, the Christchurch terror attacks (March 2019) and the Labour Government’s and, in particular, the Prime Minister’s crisis management. Jacinda Ardern showed empathy with the victims and their surviving relatives (“they are us”), photos of which went viral around the world. What’s more, her Government acted decisively by introducing a ban on semi-automatic weapons. Second, the Whakaari/White Island volcanic eruption (December 2019) and the Labour Party and, in particular, its leader’s crisis management. Jacinda Ardern was omnipresent in the media and inter alia supported a royal commission into the tragedy. Third, the ongoing coronavirus pandemic and – again – Labour and, in particular, its leader’s crisis management. By way of an “early and hard” lockdown and entry ban, not least triggered by the revelation that there are 153 ICU bed’s available only, the Government nearly eliminated the virus. It did so again after the re-occurrence of local transmission in Auckland. In the same period, the National Party changed its leader three times, from Simon Bridges (who was never very popular with the voter) to Todd Muller (who resigned after 53 day due to health reasons) to Judith Collins (who simply did not have enough time to turn her party’s fortunes around).

The new government and – to a lesser degree – the opposition’s key challenge will be the economic recovery from the pandemic. The country depends on immigration for economic growth and on tourists and students for revenues from these sectors. The entry ban has stifled immigration and cut off the country from its main sources of income. Notably, the Treasury’s Pre-election Economic and Financial Update (PREFU) predicts that the entry ban may be partially lifted by mid-2021 and be revoked by the beginning of 2022. While this may change over time, the economic recovery will likely be a lengthy and difficult one, especially if there is no vaccine anytime soon (if there is one ever). The new government will also have to tackle serious domestic issues, including infrastructure, a reform of the education sector, improvement of the health system, housing and child poverty. In terms of foreign policy and in light of the rising geostrategic competition between China and the US, including in the South China Sea, close collaboration with Australia (and other members of the 5-Eyes Intelligence Network) will remain on top of the agenda. Other foreign policy matters include the neighbouring Pacific and climate change, re-affirmed by the Pacific Island Forum’s Boe Declaration to continue posing the greatest threat to the region’s peoples’ livelihoods. Further, the conclusion of a free trade agreement with the European Union appears more important than ever.

The greatest challenge for the National Party in opposition will be to confirm its leader or to find a new one, possibly someone who brings about generational change, and who unites the party behind him- or herself. The party will also have to develop strategic policies which resonate with voters.

Speaking in figurative terms, one could say that the 2017 “Jacinda effect” has turned into a “Jacindamania” and from there into a “Jacinderella”. Jacinda Ardern has become an international hero when it comes to the fight against terrorism and the management of the pandemic. The question is whether the fairy tale will continue or whether the characters in it will ultimately have to wake up to the post-Covid reality. “Let’s keep moving”, that is, the Labour Party’s election campaign slogan, suggests that the party will keep moving. It is now up to Jacinda Ardern and her Labour Party to determine in which direction.

The preliminary outcome of the two referendums (legalisation of cannabis and end of life choice) held at the same time as the election is due to be published on 30 October. The official election results are scheduled to be published on 6 November. And, Parliament will resume its debates in the Beehive in November/December (see Timeline). 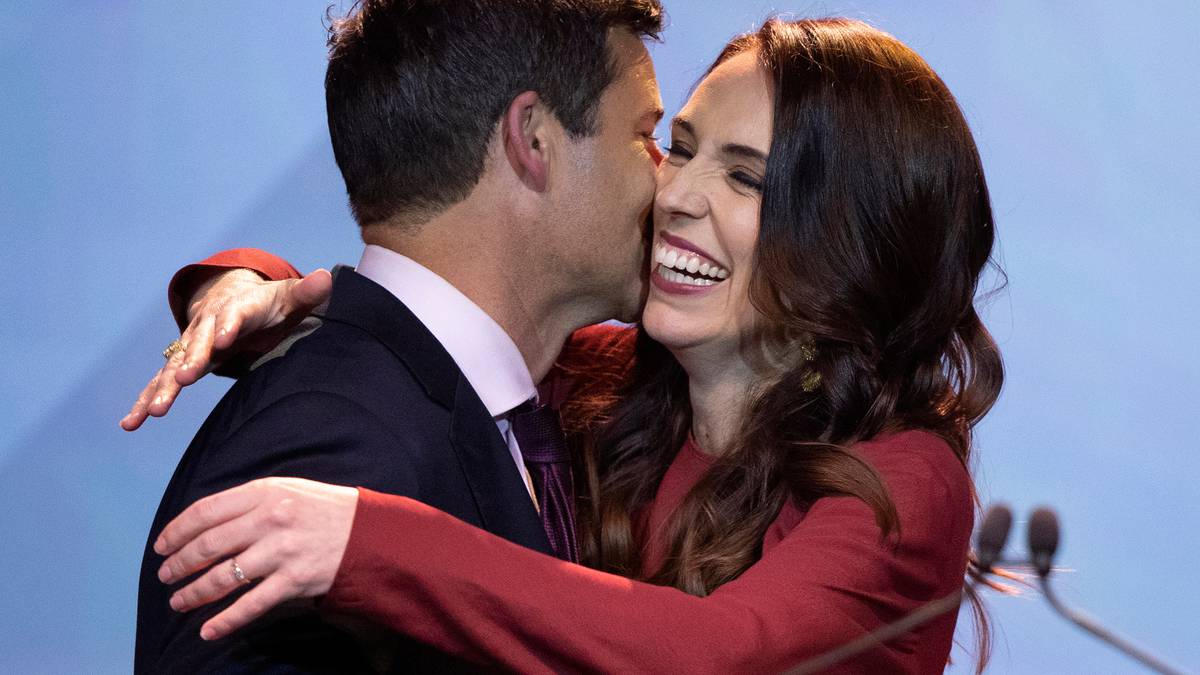 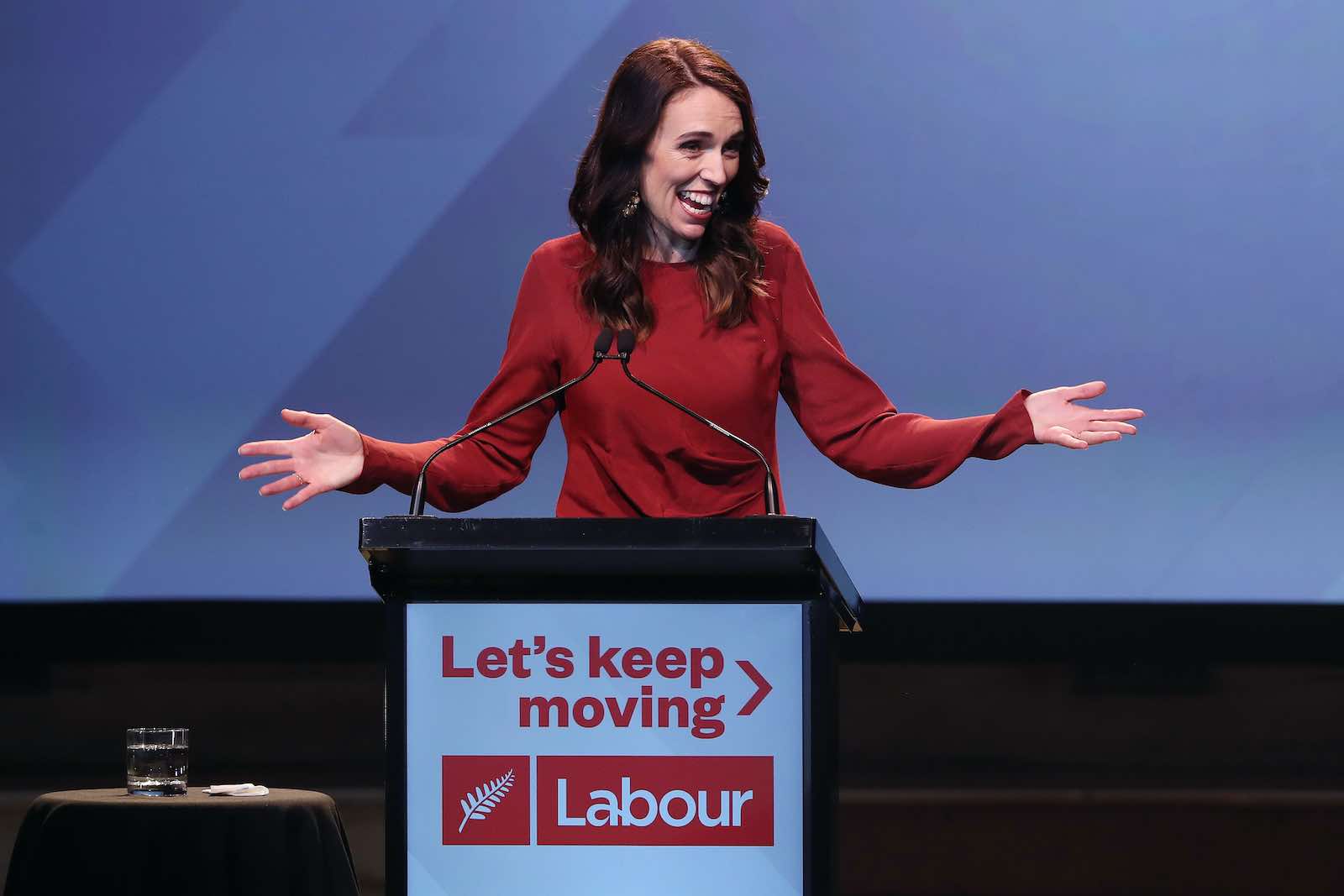 New Zealand’s landslide election and the challenges ahead
A resounding endorsement for a popular prime minister’s virus response. Economic rebuilding stands as the next test.

NZ Election Roundup: Not Just Jacinda – Australian Institute of International Affairs
New Zealand Prime Minster Jacinda Ardern’s Labour Party can govern alone. But the 2020 election was not just down to her successful leadership style, and electoral considerations may see Labour govern moderately over the next three years.

Election 2020: Special votes explained
Special votes can be returned and counted up to 10 days after election day so there is something of a lag time. Here’s what they are, why they’re special, and what you need to know about them. Election results 2020: 12 giant questions still to be answered – NZ Herald
ANALYSIS: We know who’ll be PM, but what else needs to get sorted in the coming weeks?

New Zealand’s new parliament turns red: final 2020 election results at a glance
Labour’s landslide election win means it could govern alone, without support from any of the other parties.

With a mandate to govern New Zealand alone, Labour must now decide what it really stands for
In politics, what lifts you up can drag you down. To avoid that, Jacinda Ardern’s Labour government will have to examine its political soul. 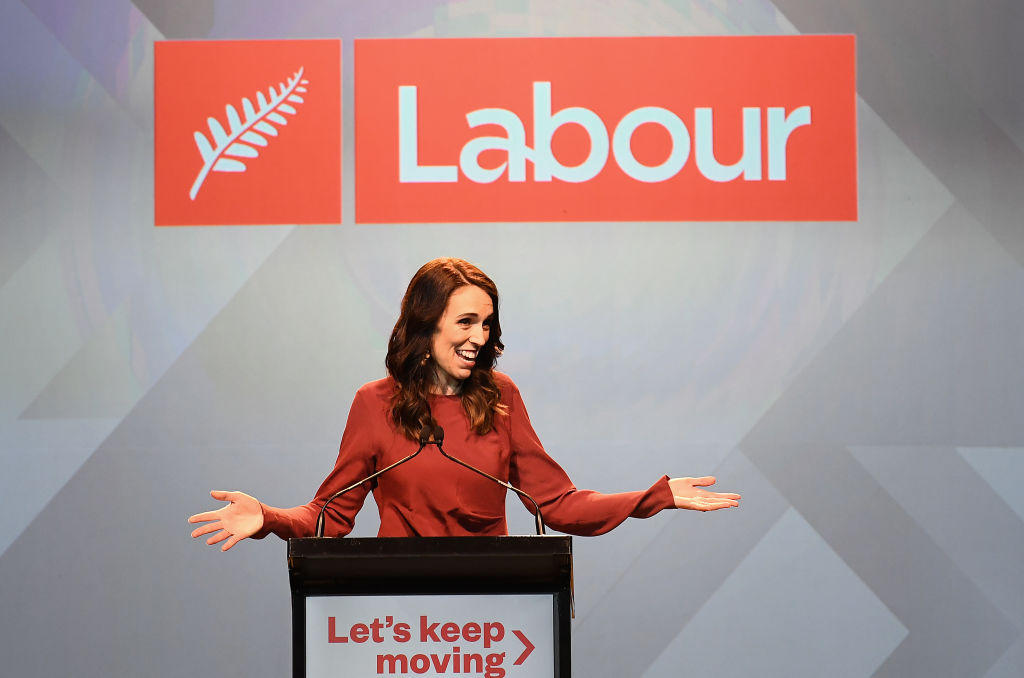 Ardern faces major challenges despite landslide win in NZ election | The Strategist
Jacinda Ardern and the Labour Party secured a landslide victory in Saturday’s New Zealand election. Labour got 49% of the vote and 64 seats in the 120-seat parliament, meaning it can form a government without … 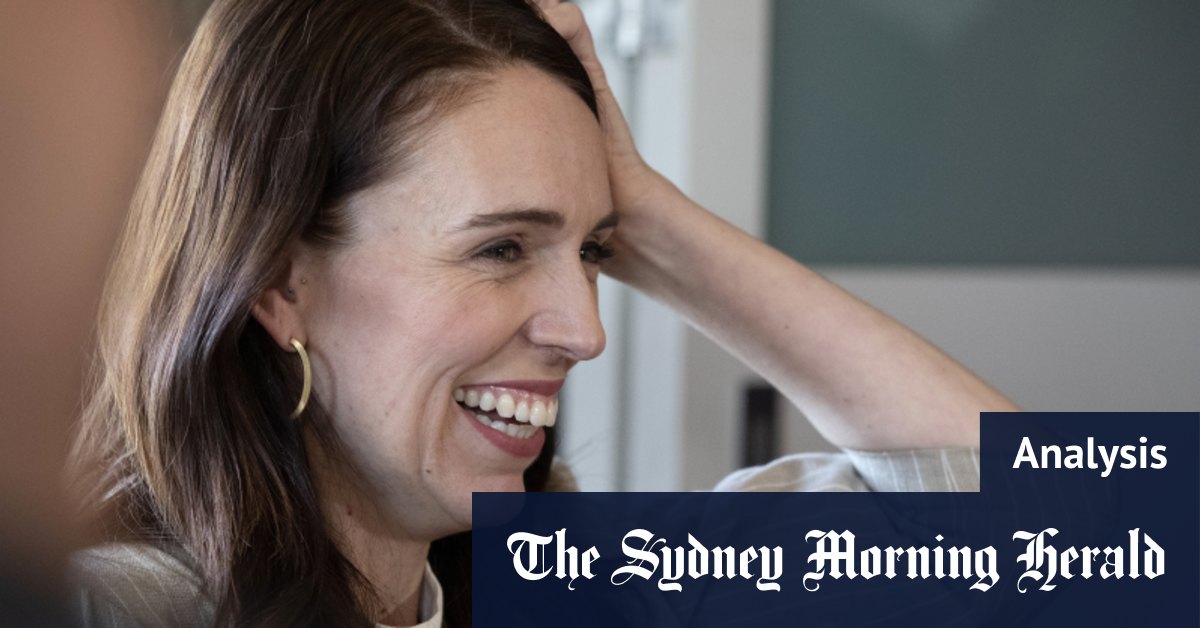 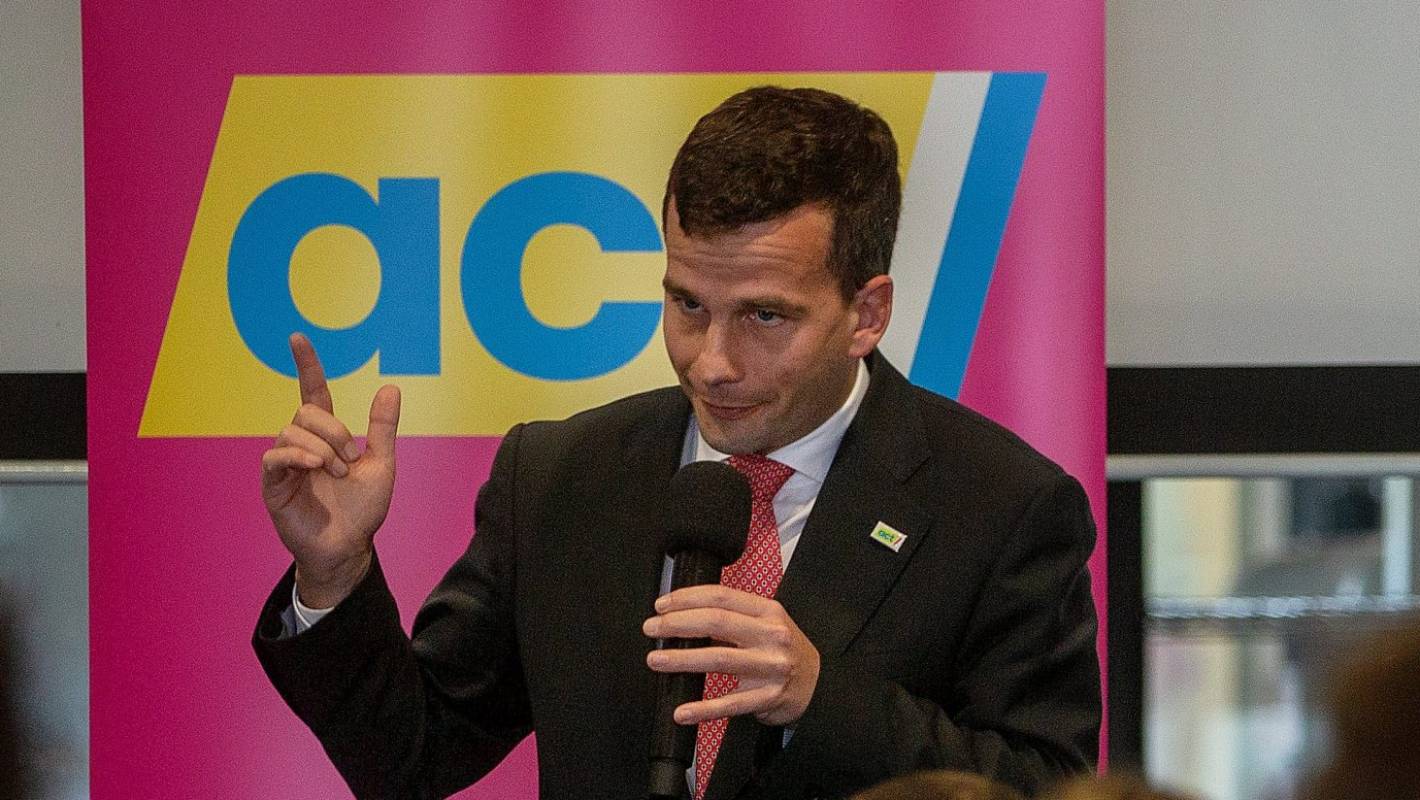 Labour’s single-party majority is not a failure of MMP, it is a sign NZ’s electoral system is working
The people have spoken, and MMP has delivered the right result — even if it means Labour governs alone.

Ardern shows the way in engaging with young voters | The Strategist
As New Zealanders head to the polls, Prime Minister Jacinda Ardern and the Labour Party are in a good position to be able to form government in their own right after three years in a … 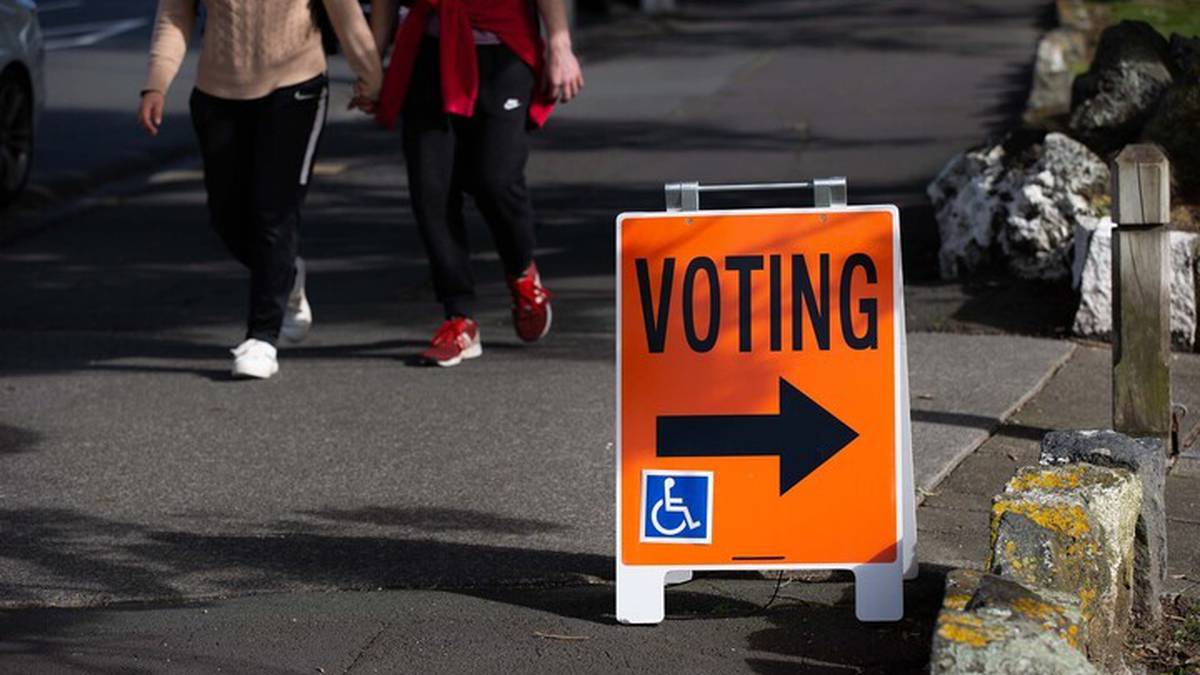 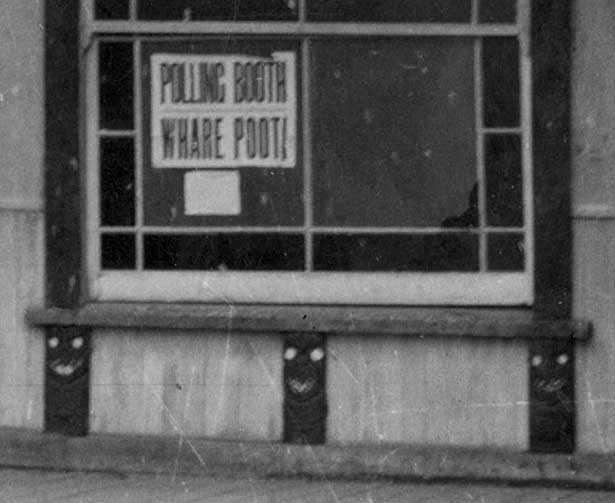 Māori and the vote – Māori and the vote | NZHistory, New Zealand history online
Between April and June 1868 the first four Māori MPs were elected to New Zealand’s Parliament. Despite ongoing debate, the Māori seats remain a distinctive feature of this country’s electoral landscape almost 150 years later.

New Zealand Government referendums 2020
Official information about the cannabis and End of Life Choice referendums, being held at the General Election.