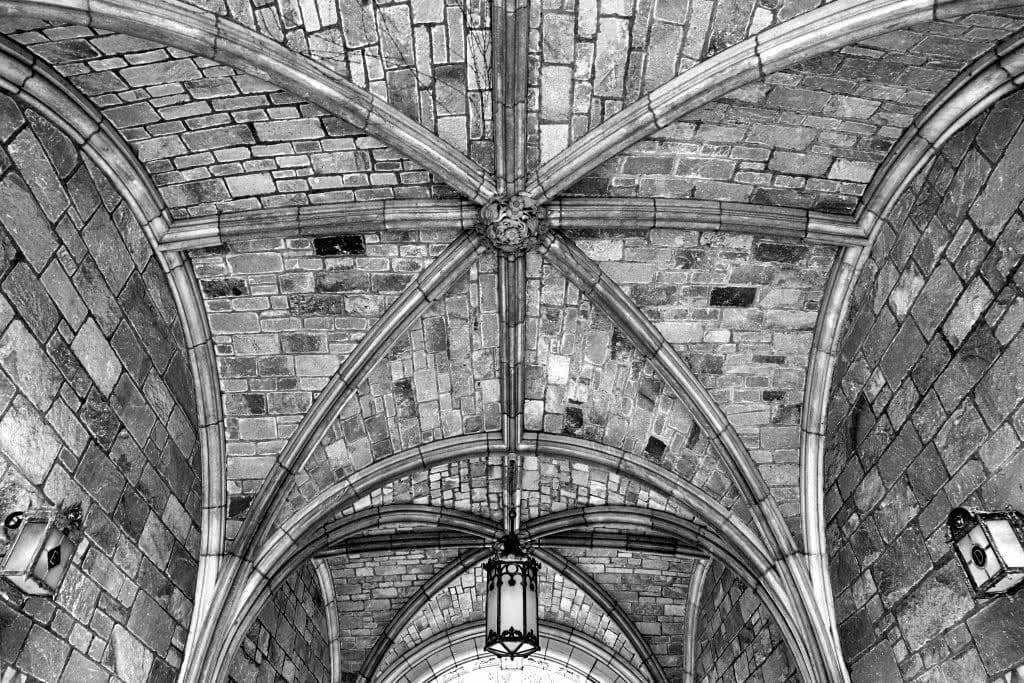 The Quad and Beyond: Constellations, Partnerships and Alliances across the Indo-Pacific and Atlantic

Disclaimer:The views expressed in these articles do not necessarily reflect the position of KAS Australia and the Pacific. Rather, they have been selected to present an overview of the various topics and perspectives which have been dominating the public and political debate in the Australia-Pacific region.

“…the populations across the Indo-Pacific, Europe and North America are looking rather consistent in wanting alternatives to a world or region dominated by the kind of Chinese state we see now.”

“…the populations across the Indo-Pacific, Europe and North America are looking rather consistent in wanting alternatives to a world or region dominated by the kind of Chinese state we see now.”

“The Indo-Pacific concept which now lies at the heart of Australia’s foreign policy… is not just a new way of reading the map. It is a vision of Asia’s strategic and diplomatic future. It imagines that countries right across a vast region stretching ‘from Hollywood to Bollywood’ will stand united and work together to contain China.”

Hugh White, Professor of Strategic Studies at the Australian National University in February 2020

“Australia will need to find new, like-minded partners to push back against China and compensate for any decline in US relative power…The path for Australia might sound refreshingly simple and uncontentious. But it raises serious questions.” Jonathan Pearlman, Editor’s Note to ‘Friends, Allies and Enemies’,

“[T]he four-letter swap from ‘Asia-” to “Indo- is a starting-point, not a solution.” Catriona Corby, ‘Stepping Past the Fatalism Trap’

As global power and wealth have been shifting towards Asia, Australia and increasingly also Europe, are faced with the challenge of how to respond. This is connected to debates about what kinds of alliances, partnerships and collaborative constellations are needed to balance Chinese ambitions.

The Australian government in particular has a vested interest in shaping a safer region, but based on rules and cooperation. The touchstone concept for this of course is the geostrategic construct of the Indo-Pacific. As Rory Medcalf, Head of the National Security College at the Australian National University highlighted in his ‘Contest for the Indo-Pacific: Why China Won’t Map the Future’, “the term Indo-Pacific is a message to a rising China that it cannot expect others to accept its self-image as the centre of the region and the world.”

In this vision, for Australia the Indo-Pacific seeks to provide a counter-weight to Chinese influence by emphasizing “inclusion and solidarity” between middle powers, and continued cooperation and buy-in from the US. Another such effort to define and shape the emerging regional power system is the Quadrilateral Security Dialogue (QUAD) between Australia, India.

The recent QUAD meetings, held in the past fortnight, reflect these objectives. As an example, the trade ministers of Japan, India and Australia are in the early stages of collaboration toward achieving supply chain resilience in the Indo-Pacific region, with the aim of countering China’s trade dominance. This is progress and a reflection of the good intentions and hard work to unite around key issues. But as one commentator cynically remarked last year, both the Quad and the Indo-Pacific “suffer from the significant defect that key members aren’t sure about the meaning of the new club”.

And the pandemic has certainly acted as a unifying force, with some expecting that Quad cooperation will deepen as partner countries across the region are driven by a renewed sense of urgency to counter the increasingly overt agenda for the region as seen by the Chinese Communist Party.

Accordingly, there are still big questions about exactly how Australia will use trade and strategic partnerships across the Indo-Pacific area to balance Chinese-US jostling. At the meetings between the defence and foreign ministers of Australia and the US (AUSMIN) in July, Australia did not openly join the US’ in an escalating US-China rivalry that is often described as a ‘new Cold War’. Commentators observed that even though Australia was not following the US’ line, this did not spell an easy solution to the tensions inherent in efforts to define relationship within the region amidst the changing international geopolitical order

Equally, a similar debate is occurring between partners around another ocean. As the German Defence Minister Annegret Kamp Karrenbauer observed in a contribution for the Carnegie Endowment, “transatlanticism—a robust worldview based on human rights, democracy, and open markets—has been a core pillar of the rules-based international order that is under so much duress at the moment”. Yet, this pillar is also under strain and the United States and Europe are aware of the urgent need to review and reorient their longstanding trade, foreign policy and security cooperation. As another analysis put it,“if the transatlantic relationship is to endure as a lynchpin of the democratic world, it must evolve. Even if the United States and Europe could recover the relationship of years past, it wouldn’t be fit to the purposes the allies will face in the years to come.”

For Defence Minister Kramp-Karrenbauer, this requires a specific German commitment: “Today, the German question is whether Germany can become a protector of the wider West, that is to say, of any country subscribing to and acting upon Western principles and values. Transatlantic relations can only be in full bloom and at maximum impact if Germany can complete its path toward being a much bigger force multiplier for the West, for NATO, and for the EU.”

Overall, rhetoric and action are said to not be sufficiently aligned yet to be able to usher in new and strengthened partnerships. In the Indo-Pacific, this means needing to go beyond a ‘hub and spokes model’, whether that be through bi-, multi-or mini-lateral ties. In reality, ‘like-mindedness’ takes work, and many are pointing out that decreasing aid and the funding of diplomatic efforts is not the way to achieve stronger bonds. For now, when it comes to defining roles and regional relationship amidst the changing geopolitical order, the overarching consensus seems to be that much creativity is required to chart a new course – in both oceans.

Four allies met to discuss an increasingly aggressive Beijing. Only one dared speak China’s name
Amid simmering tensions with Beijing, four regional allies that make up the Quad come together. But the meeting reveals Australia, the US, India and Japan have very different ideas on how to tackle a rising China, writes Jake Sturmer. 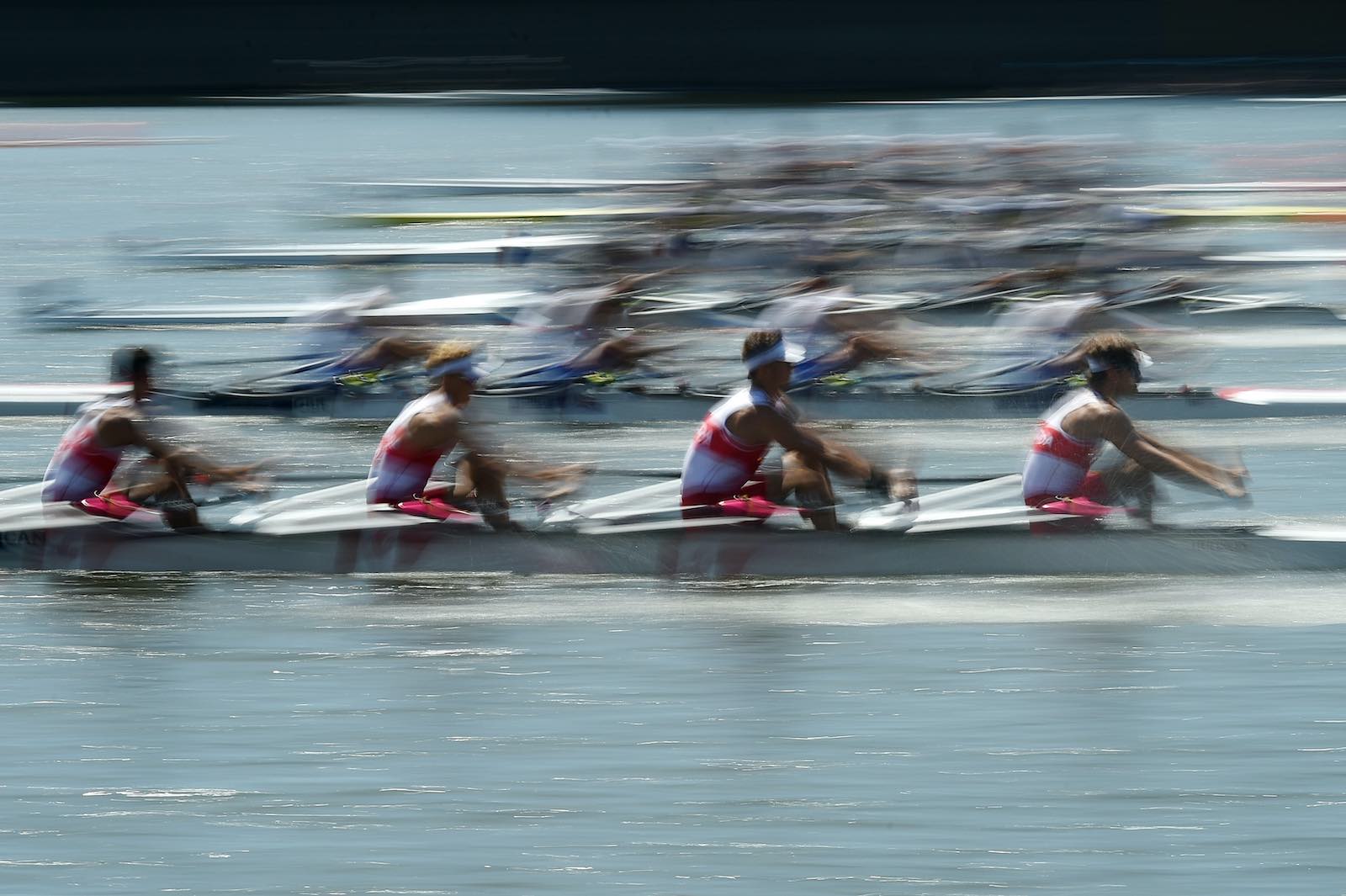 A Quad of consequence: Balancing values and strategy
The four-way gathering in Tokyo offers a chance to set out a vision for regional stability in the post-Covid order. 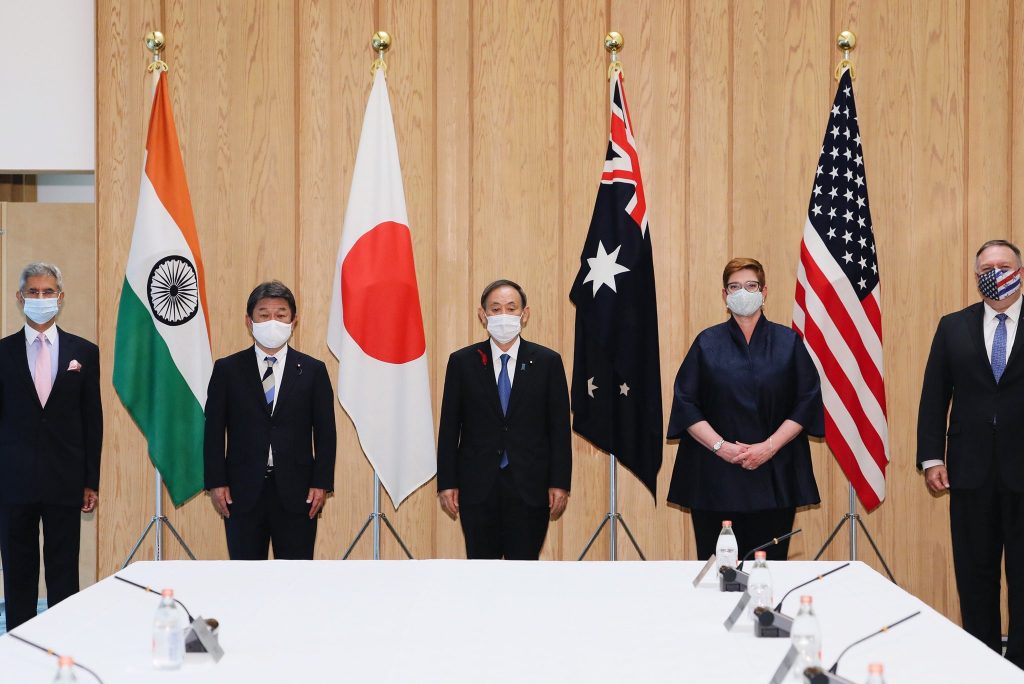 The Quad was made for 2020 | The Strategist
The ‘Quad’ meeting of Indian, Japanese, US and Australian foreign ministers in Tokyo earlier this week has resulted in the usual suspects saying the usual things. China’s foreign ministry expressed outrage and called on these … 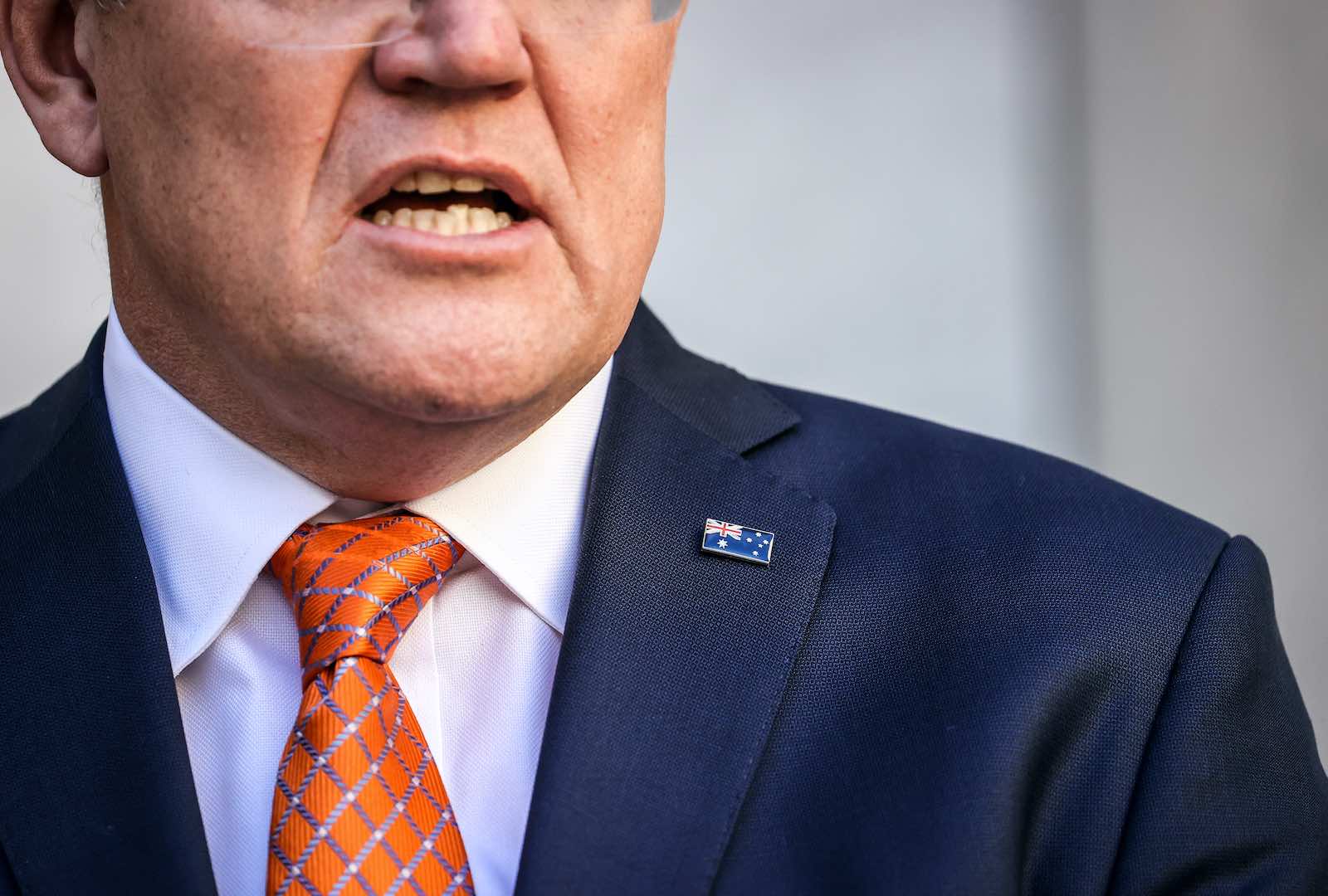 Stepping past the fatalism trap
If Australia wants to shape rather than be shaped by a fast-changing world, creative diplomacy is essential. Foreign Minister Payne flies out for Quad diplomacy
What a relief it must have been for Australia’s Foreign Minister, Marise Payne to step on a plane earlier this week. Having been grounded for much of the past six months, (her only other trip being…

A budget of skewed priorities
As Australia faces one of the most challenging international environments in a century, it still skimps on diplomacy. 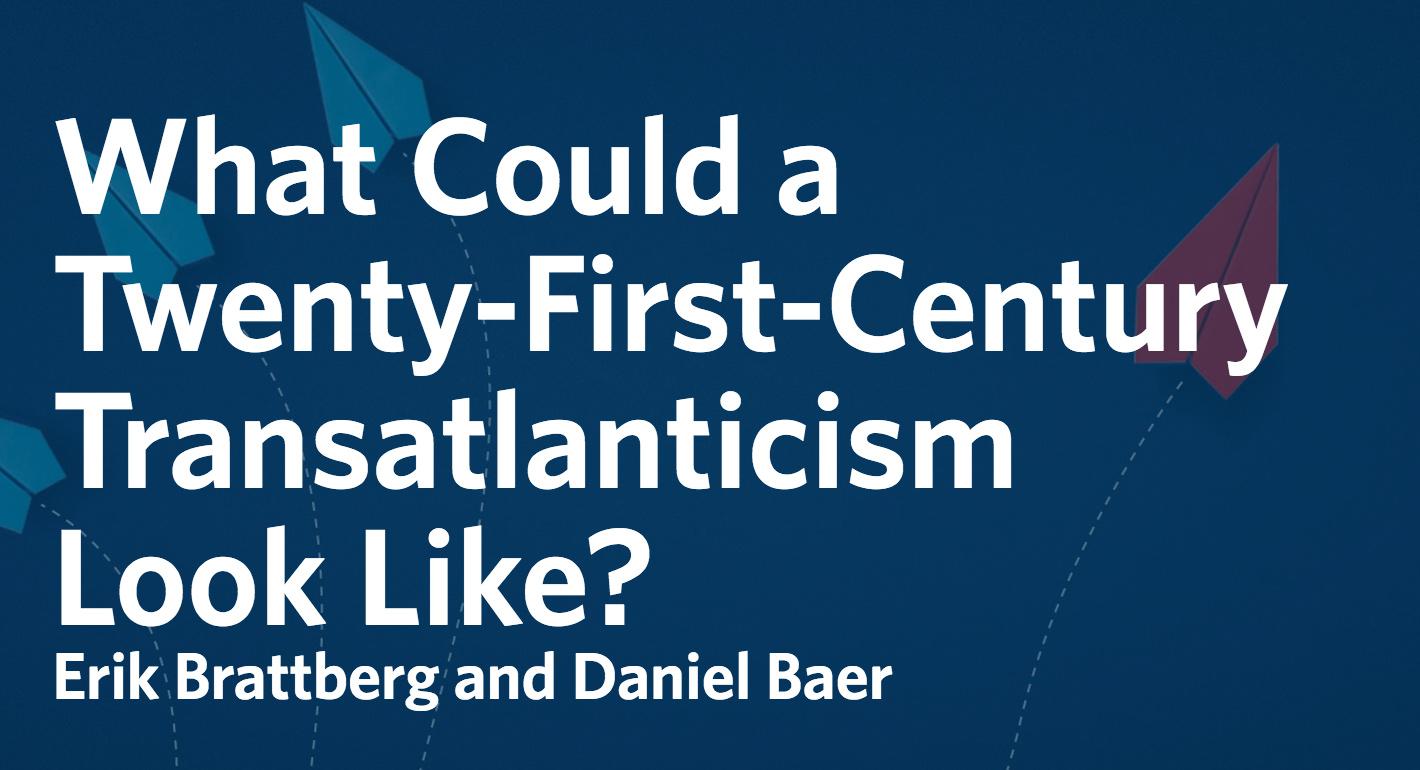 What Could a Twenty-First-Century Transatlanticism Look Like? – Reimagining Transatlantic Relations
The litmus test for both U.S. and European policymakers will be how to readjust and rebuild a partnership that has served both sides so well for decades so that it is equally prepared to manage tomorrow’s challenges. 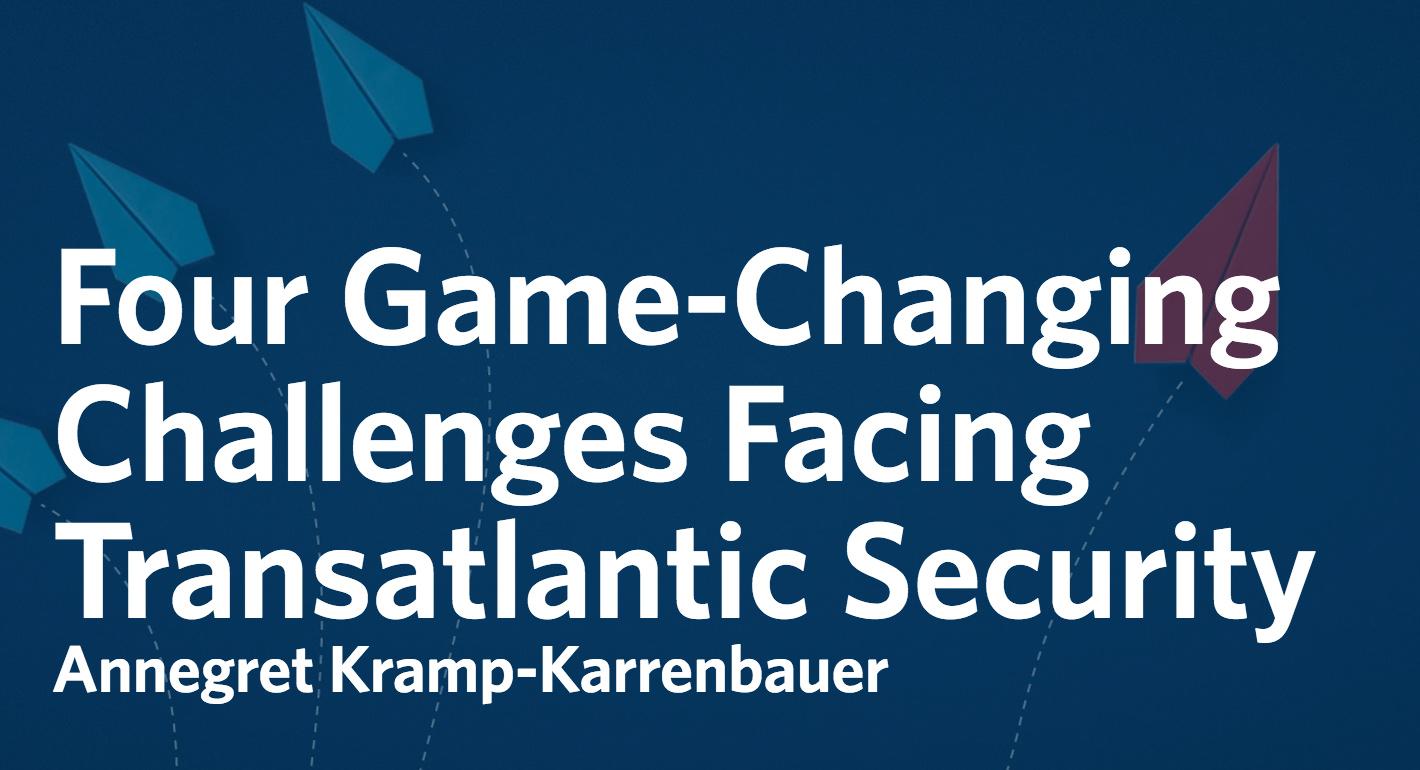 Four Game-Changing Challenges Facing Transatlantic Security – Reimagining Transatlantic Relations
For decades, transatlanticism—a robust worldview based on human rights, democracy, and open markets—has been a core pillar of the rules-based international order that is under so much duress at the moment. If one is in trouble, the other one will feel the pain, and vice versa.