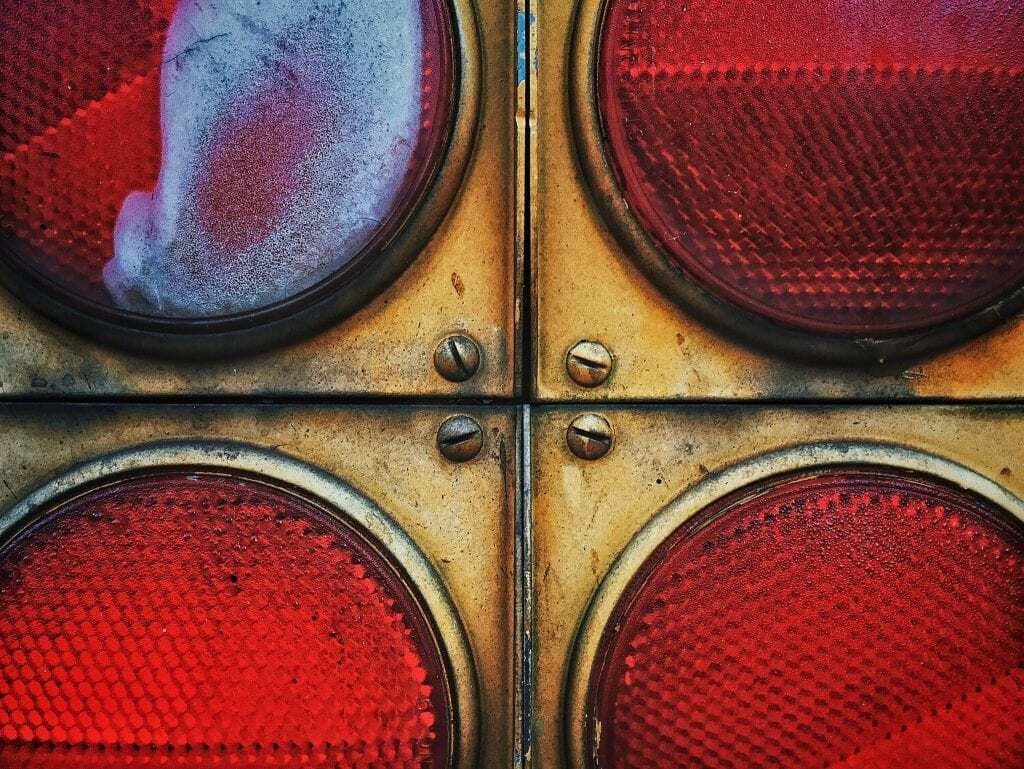 The Quad Joint-Leaders Meeting: A New Era of Strategic Leadership in the Indo-Pacific?

“This is, I would argue, the most significant thing to have occurred to protect Australia’s security and sovereignty since ANZUS.”

Australian Prime Minister Scott Morrison, on the Quad leaders meeting between the heads of state of Australia, India, the US and Japan

The virtual summit between the Australian Prime Minister, India’s PM Modi, Japan’s PM Suga and US President Biden was a first in many regards: it marked US President Biden’s first multilateral meeting since taking office, it was the first ever first ever meeting between the leaders of the Quad nations (not just their foreign ministers) and, for the first time also produced a joint statement as well as an op-ed in the Washington Post

As such, the meeting has been framed in emotive, even grand terms –  the official joint statement by the four leaders themselves headlined with ‘The Spirit of the Quad’ and was heralded as the sign of ‘a new dawn’ by Australia’s PM for example. One analyst called it “a potent promise, a sparkling moment for the reborn ‘democratic security diamond’ “, in reference to a phrase from Shinzo Abe’s “Confluence of the Two Seas” speech which provided the ideational foundations for the forum in 2012.

The Australian enthusiasm is not surprising since the Quad has in recent years acquired special significance for Australia as a potential vehicle for the kind of strategic leadership Australia is seeking to develop in the Indo-Pacific.

Some prominent analysts delivered an outright optimistic assessment of the meeting, declaring that its outcomes sent a strong signal for the future potential for the grouping; and that it made clear the Indo-Pacific would be a paramount foreign policy concern for the Biden Administration: “It is an early success for the Biden Administration in signalling America’s seriousness about engagement with this region, the centre of gravity in the world’s economy, demography and strategic rivalry.”

Others were more cautiously positive, recognizing the potential but also pointing to the obstacles and challenges presenting themselves.

Opinions were also divided on whether the Summit was setting a strong enough course on China – and whether this was indeed a priority, or whether it should broaden its agenda.

For one analyst the meeting didn’t go far enough in offering strategic counter action, remarking that “If the Quad persists with prioritizing global issues over Indo-Pacific security challenges, it would blur its focus and encourage China to step up its coercive diplomacy through heavy-handed use of military and economic power.”

Part of this argument was criticism of making the vaccine deal the PR centre piece of the Summit outcomes when the focus should’ve been on a clearly articulated China containment strategy over projecting soft power.  This was especially emphasized in light of this week’s meeting between US Foreign Secretary Antony Blinken and National Security Adviser Sullivan and their Chinese counterparts, including Foreign Minister Wang Yi.

The opposing position is that the meeting, and the future direction of the Quad in general should avoid  falling into a “China Trap”,  becoming  a single-issue body at the expense of a broader policy agenda.  Alongside the establishment of the Quad Climate working group and Critical and Emerging Technologies working group, the much-praised vaccine alliance is seen as a much-needed sign the Quad would have a broader purpose than a security and military alliance intended to deter China.

As one Australian commentator wrote: “In this regard, it is a positive development that Quad leaders have undertaken to supply up to one billion coronavirus vaccines across Asia by the end of 2022. This is a practical demonstration of the Quad’s potential and one aimed at countering China’s soft power.”

Additionally, the following paragraph from the leader’s joint statement is also worthwhile reflecting on in the context of European leanings towards the Indo-Pacific:  “The Quad is a flexible group of like-minded partners dedicated to advancing a common vision and to ensuring peace and prosperity. We welcome and will seek opportunities to work with all of those who share in those goals.”

After the UK’s much discussed recent Indo-Pacific tilt, the EU foreign ministers are said to approve an Indo-Pacific strategy in April, with the EU expected to focus on dialogue on supply chains, technology and security in the Indo-Pacific. Overall, positive signs and many mountains to climb and oceans to cross still, it appears.

Opinion | Our four nations are committed to a free, open, secure and prosperous Indo-Pacific region
Biden, Modi, Morrison and Suga write: Much like after the devastating 2004 tsunami, the Quad again was summoned to act together in support of a region in need.

US brings strategic weight to Quad as China airs contempt
Scott Morrison may be forecasting “a new dawn in the Indo-Pacific” with the arrival of the Quadrilateral meeting of Australian, Japanese, Indian and US leaders, but we would do well to remember the village folklore that “the darkest hour is just before the dawn”. The Quad has a strategic mountain t…

The Quad has seen off the sceptics and it’s here to stay
Around midnight Sydney time on 12 March, Prime Minister Scott Morrison joined a virtual dialogue with three other leaders to reframe international strategic competition. 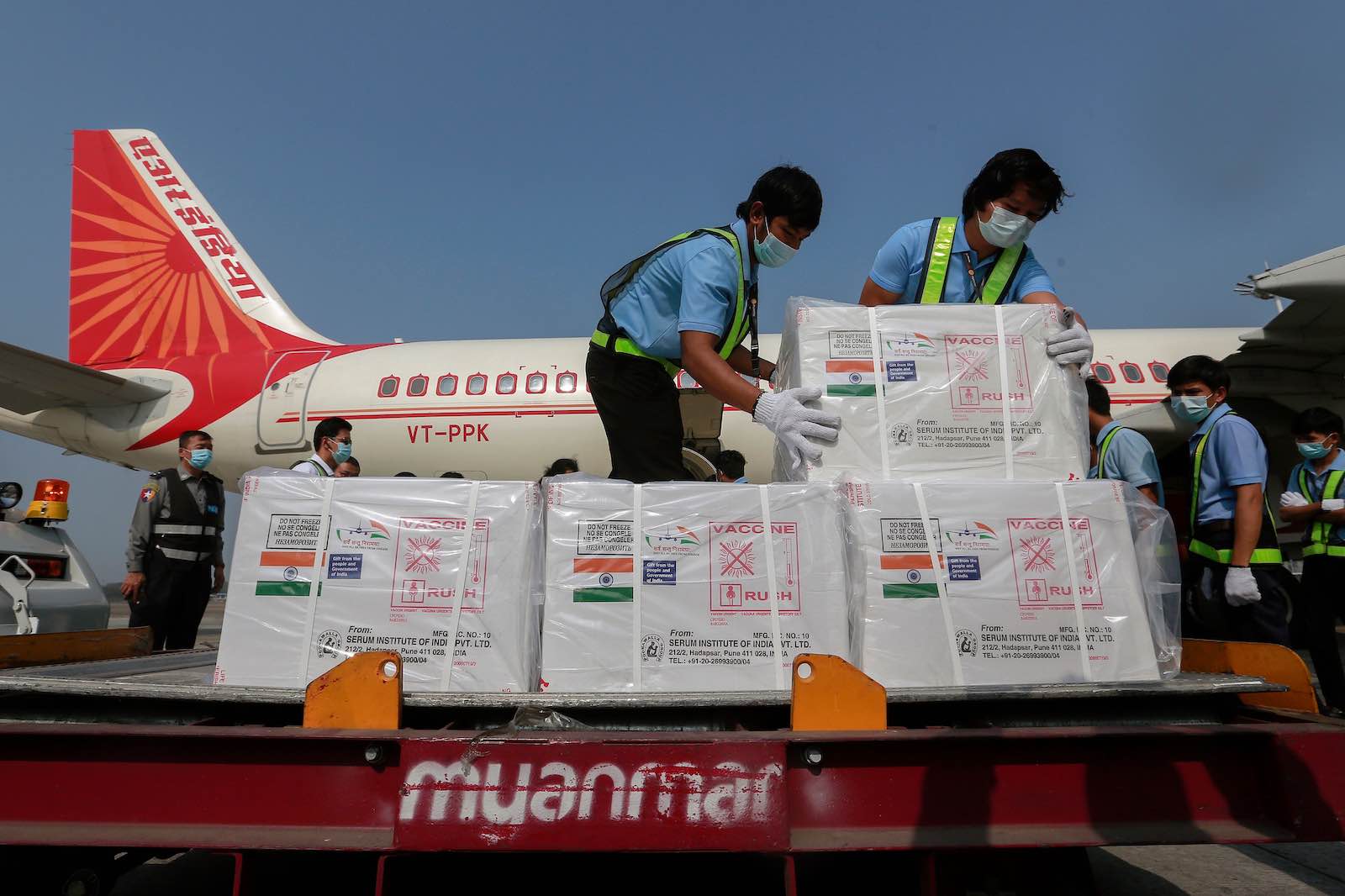 The Quad gives a boost to India’s vaccine diplomacy
Countering China’s influence is one thing. But fostering regional cooperation plays to the strengths of the grouping. 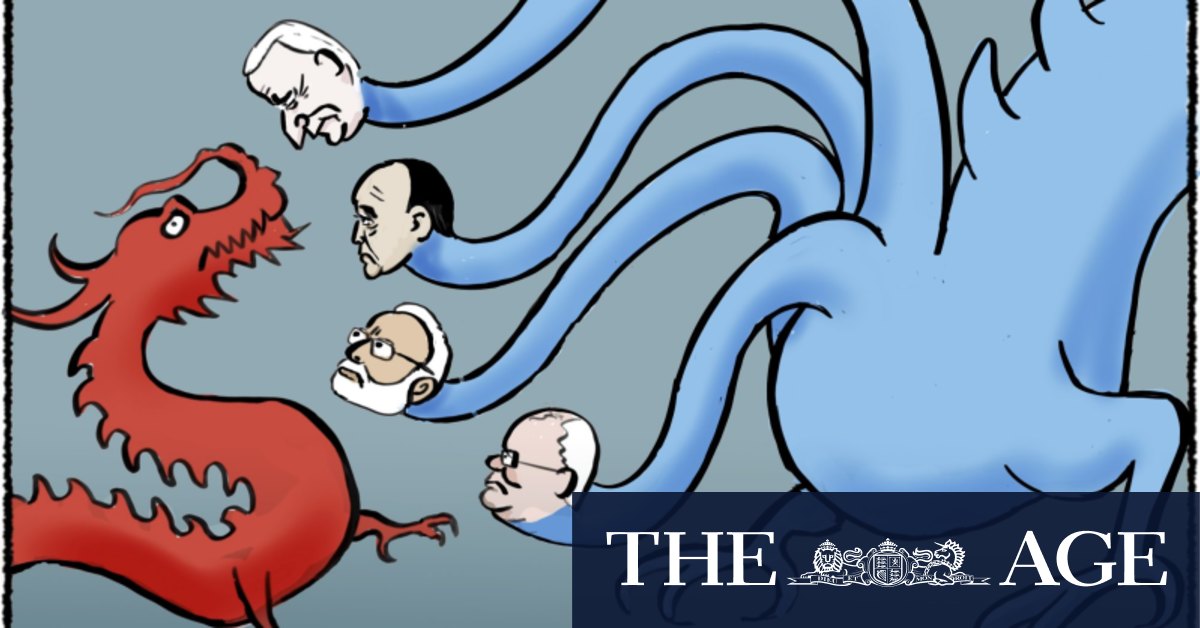 Quad dialogue a big step up for Australia
We must recognise that with great networks comes great responsibility.

Quad group makes vaccine deal as a wary China watches on
The group has been at pains to stress it is not fundamentally about countering the ‘Chinese threat’. But of course, that is primarily what it is about. 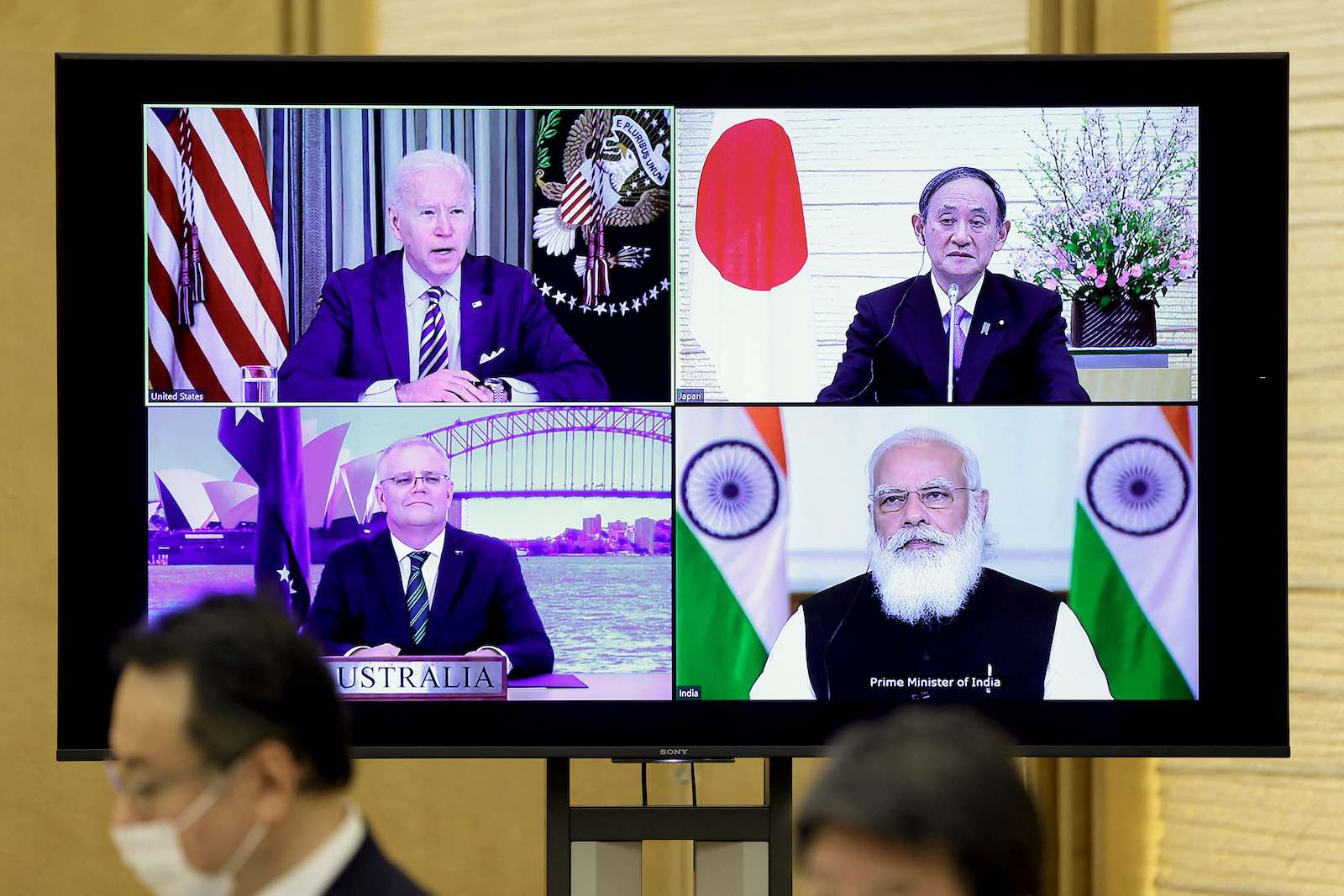 A new “concert” to govern the Indo-Pacific
For Quad leaders emphasising an “inclusive” region, there may be a ready-made example for involving China.
Quad shows promise but heavy lifting needed to meet China and Covid-19 challenges | The Strategist
Prime Minister Scott Morrison may be forecasting ‘a new dawn in the Indo-Pacific’ with the arrival of the Quad meeting of Australian, Japanese, Indian and US leaders, but we would do well to remember the … 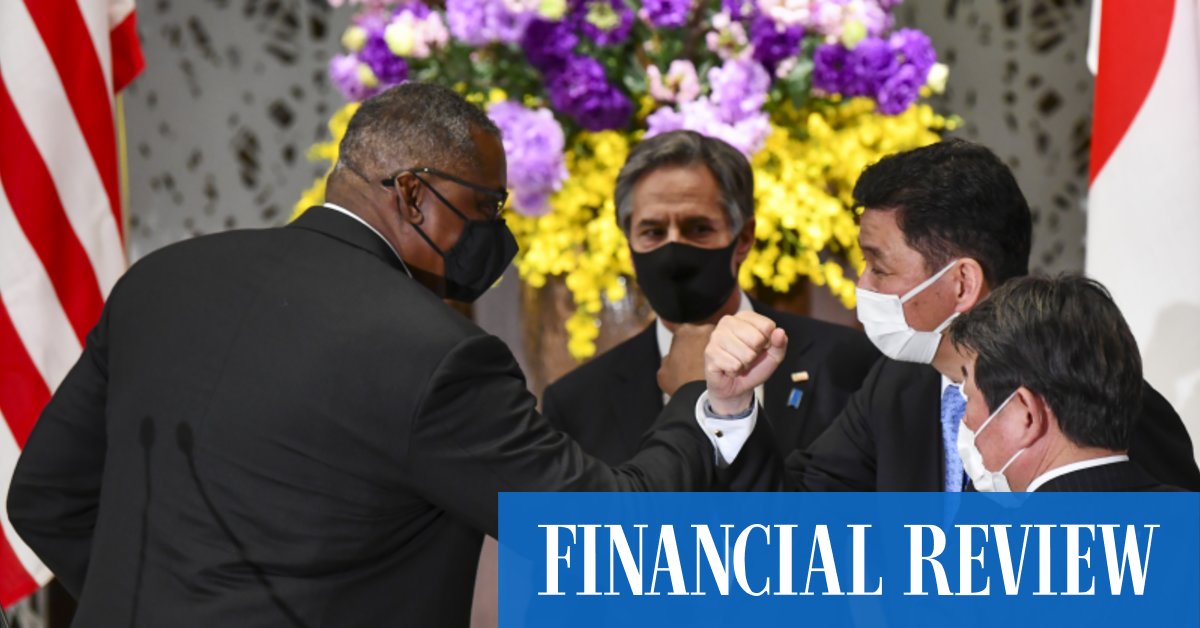 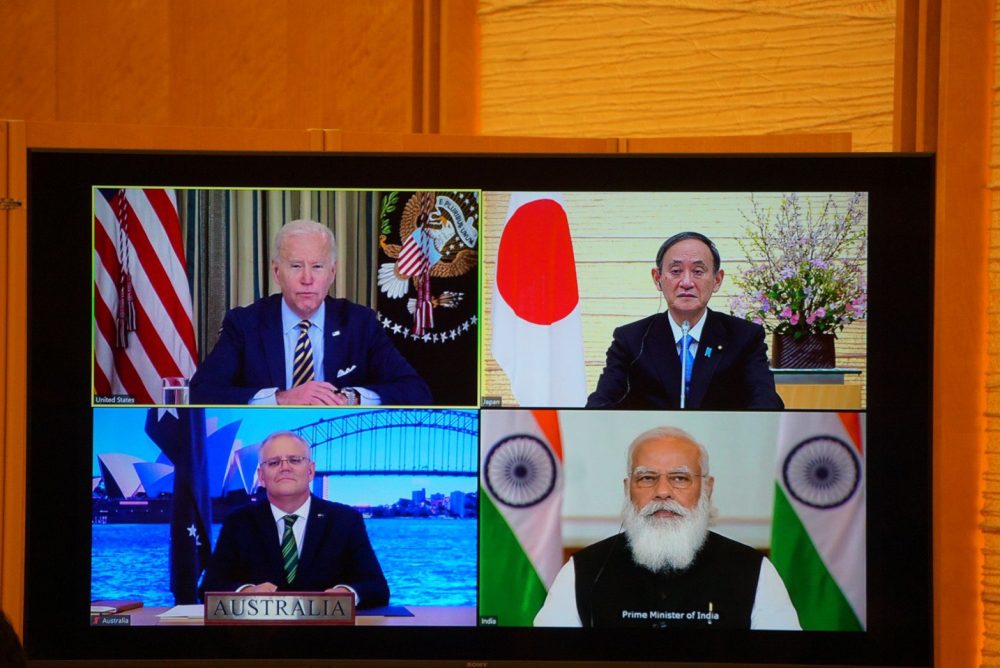 First Quad leaders’ summit polishes the democratic diamond | The Strategist
‘We strive for a region that is free, open, inclusive, healthy, anchored by democratic values, and unconstrained by coercion.’ — Quad leaders’ joint statement, ‘The spirit of the Quad’, 13 March 2021 The leaders’ meeting of …