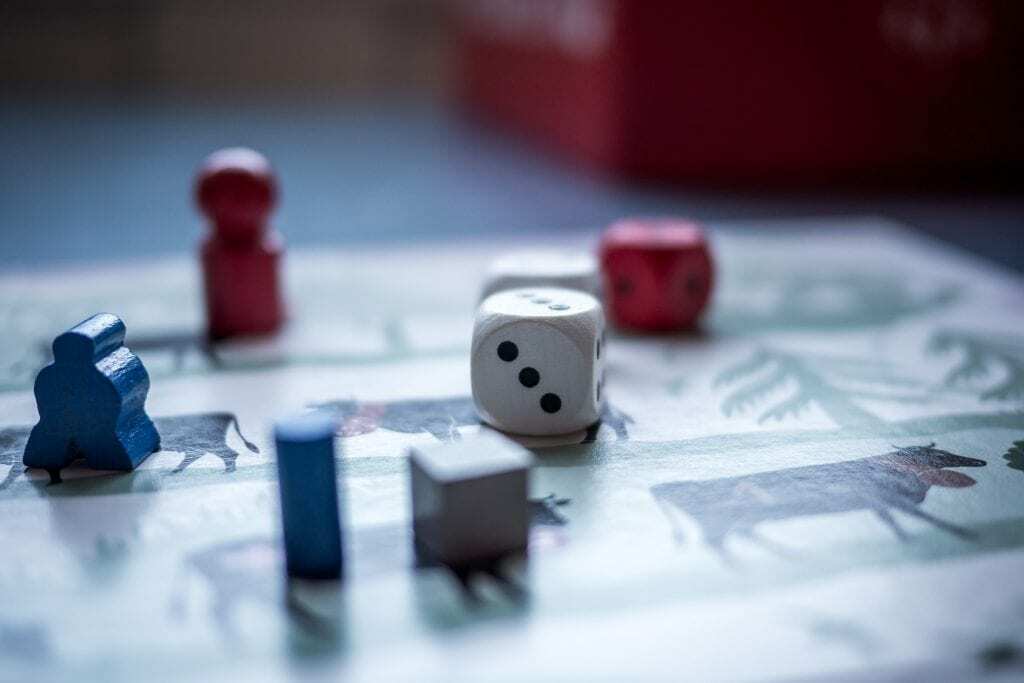 Tools of the Trade: Unpacking the EU’s Open Strategic Autonomy Trade Strategy and what it could mean for the EU-AUS FTA

What is Open Strategic Autonomy?

Aligning these three pillars indicates a recommitment to the trade and sustainable development chapters of agreements and sees a championing of the ‘Green New Deal’.  Its goal is to maintain open, fair, sustainable, rules-based trade in response to the challenges arising from the COVID-19 pandemic, climate change, international tensions, and sustaining the multilateral rules-based order.[1]

The strategy seems to go beyond pure economic policies and material forms of influence and power by enshrining the goal of open, fair, sustainable, rules-based trade; as such, it can be viewed as part of a broader European narrative of normative power in its international engagements.

What has been framed as a fundamental shift in the EU’s execution of its international and domestic policy agendas could set the course for the EU to act in its interests and uphold its values ‘even if it means functioning autonomously’.[2]

The puzzle of this new trade strategy is to understand what the concept means in practice, how motivations are exercised in its application, and what this could mean for the EU-Australia free trade agreement (FTA).  This piece explores the distinct political and commercial objectives that underpin the trade and investment deal process applied to the FTA negotiations. It follows that while OSA constitutes an aspirational goal for the EU’s trade and investment engagements, it could at the same time be a strategic tool for the EU to pursue its political goals through normative power.

Open Strategic Autonomy as an expression of normative power

Taking account of established conceptions of European normative power, the objectives of OSA seem to be squarely located within this narrative.

The foundations for OSA date back to Article 130a of the original Treaty of Maastricht 1992 (revised as the Treaty on European Union 2007), where it commits the EU to fostering “sustainable economic and social development”.[3]

Although that charter has long been clear, it was the Treaty of Lisbon 2007 that centralised and operationalised the pursuit of sustainable economic and social development when engaging in trade and investment deals.[4]  The power to negotiate and sign deals was passed from the individual EU member states to the European Commission and the European Parliament.  Importantly, centralising negotiating authority and uniting the 27 European member states under a single banner has resulted in greater politicisation of European trade and investment policy.[5]  More recently, the 2020 Strategic Foresight Report reinforced the need for these objectives to be enforced in all future trade and investment deals.[6]

Applying a different lens for the distinct political and commercial motivations can help to understand the implications of the adoption of OSA in future trade negotiations.  These motivations are reflected in different OSA objectives and have varying significance throughout the development of deals.  This article argues that political motivations generally justify the expression of normative power and provide a counterweight to commercial motivations where negative externalities[7] may not be acknowledged.

On the one hand, commercial motivations can include accessing comparative advantages, neutralising trade barriers, forming strategic partnerships, and enforcing international rules-based trade.   Arguably, commercial motivations tend to initiate engagement but lose relevance once the objectives are reached.  That is, there are discrete benchmarks when a trade barrier is neutralised or a partnership is formed – either they exist or they do not.

On the other hand, political motivations can include fostering cooperation, order, integration, stability, and achieving development aims (such as environmental and humanitarian standards)[8].[9]  It can be argued that these politically motivated aims tend to elicit ongoing attention to sustain their relevance by continuing to operationalise the goals.  For example, expectations for sustainable development can change and may warrant renewed commitments.  Furthermore, order, integration, and stability are abstract objectives on a continuous scale – they are not simply attained, they must be maintained and contextualised.

In practice, OSA reflects the EU’s political motivation in its championing of the EU’s ‘Green Deal’, which sets ongoing normative targets to reach net zero emissions by 2050,[10] and recognises that commercially viable operations may not be sustainable.  Equally, the digital transformation agenda is commercially motivated in seeking to modernise and increase the efficiency of digital services and transactions.[11]  Decreasing frictions and transaction costs has self-evident economic benefits and requires little attention once achieved.  Meanwhile, the objective of OSA to reform the World Trade Organisation includes both commercial motivations to revive the appellate body that has been in crisis since December 2019,[12] as well as political motivations that seek provisions to give recourse against trading partners that welsh on their climate obligations.[13]

Critically, political motivations can justify normative influence and have continual relevance even once commercial motivations are satisfied.  Going further, OSA could be viewed as a strategic tool within the European normative power framework which is intended to advance Europe’s commercial and political agendas.

Posturing: OSA as a strategic tool to match the autonomy rhetoric of the EU’s partners?

It should be considered no coincidence that OSA was adopted at the height of negotiations for the EU-UK Brexit deal and the EU-China CAI.  The introduction of OSA could be seen as a signal of the EU’s commitment to multilateralism, as well as its willingness to act unilaterally in defence of its political and commercial values and interests.  The oft-cited EU catchphrase for OSA is that it will cooperate “multilaterally wherever [it] can” and “autonomously wherever [it] must”.[14]

With Brexit came the possibility of a highly competitive country on the EU’s doorstep.  The UK would no longer be bound by the same regulations that applied to businesses operating in continental Europe.[15]  Such was the threat that European negotiators offered tariff and quota-free access to the European single market in return for the UK’s commitment to a level regulation playing field.[16]

The EU-China Comprehensive Agreement on Investment could be seen as illustrating the current trends in European free trade negotiations.  The development of this agreement suggests that trade and sustainable development chapters can be limited in scope and enforcement.  During the pre-ratification stage, commercial interests were placed above the political and the EU reflected little commitment to exerting normative pressure.  During the ratification stage, the European Parliament blocked the progress of the Comprehensive Agreement on Investment on humanitarian grounds and displayed its willingness to hold partners to norms.  The fate of the Comprehensive Agreement on investment is uncertain for now, but it is likely to continue reflecting this tension between commercial and political motivations.

It could be argued that the adoption of OSA was a warning to British and Chinese negotiators that the EU would not compromise its political and commercial interests.  When the Brexit clock ran out without a deal and the CAI was halted by the European Parliament, it proved that the EU was indeed willing to act autonomously.

Since 18 June 2018, Australia and the European Union have been engaged in free trade agreement negotiations.  Because the EU is Australia’s third largest trading partner, third largest services export market, and the third largest source of foreign investment,[17] ratifying an FTA has mutual economic benefits.  Whilst the agreement may seem like a straightforward deal between two like-minded economic regions with a common foundation in the rules-based trading regime, a number of key sticking points have emerged – like climate change and agriculture – and these have slowed negotiations.  Behind these sticking points sit deeper political and commercial motivations that tie into the EU’s interpretation and implementation of strategic autonomy.

As Australia continues to work with Europe in the current free trade negotiations, it should recognise that Open Strategic Autonomy is not a mere catchphrase or rhetorical trick of the trade used surreptitiously at the margins by the EU in its dealings.  Open Strategic Autonomy, as a strategic tool, could be used by the EU in its free trade negotiation to defend its values and interests.

More specifically, could the commitment to sustainability encompassed in Open Strategic Autonomy be wielded as a soft protectionism tool against international partners with comparative advantages, by requiring them to meet European standards in their domestic industries?

Australia’s comparative advantage in agriculture may elicit such politically motivated soft protectionism and posturing.  On the strength of this alone, the negotiating process may be drawn out.

The Australian agricultural sector, specifically for cattle and sheep, enjoys a considerable comparative advantage and stands to benefit significantly from an FTA.[18]  Simultaneously, the sector has been responsible for 15 per cent of Australia’s emissions.[19]  To that end, the EU has questioned Australia’s commitment to climate change[20] and may include stricter environmental sustainability provisions and a path for recourse if Australia does not meet its targets.  Notwithstanding the final details of the agreement, Pascal Canfin, Chair of the European Parliament’s Environment Committee, said that the EU “will not ratify a trade deal if there is no concrete additional climate action from Australia”.[21]  Equally, Internal Market Commissioner Thierry Breton said that globalisation may have “gone too far” in several sectors, including agriculture.[22]  These statements are indicative of posturing by the EU.  If the UK’s experience with Brexit is indicative of the EU’s willingness to act autonomously when its political and commercial interests are at risk, then this posturing by EU officials should be considered a genuine threat to the EU-Australia FTA.  The adoption of OSA should be considered a strategic tool that can be used to protect Europe’s domestic agricultural industries on environmental grounds.

[8] Wang, L. and Li, Y., 2020. The negotiation of EU–China comprehensive agreement on investment and its potential impact in the post-pandemic era. Journal of Chinese Economic and Business Studies, 18(4), pp.365-372.

[18] European Commission, 2018. European Commission services’ Position Paper on the Sustainability Impact Assessment in support of negotiations of an Investment Agreement between the European Union and the People’s Republic of China. [online] Available at: https://trade.ec.europa.eu/doclib/docs/2018/may/tradoc_156863.pdf [Accessed 17 April 2021]. p.6.