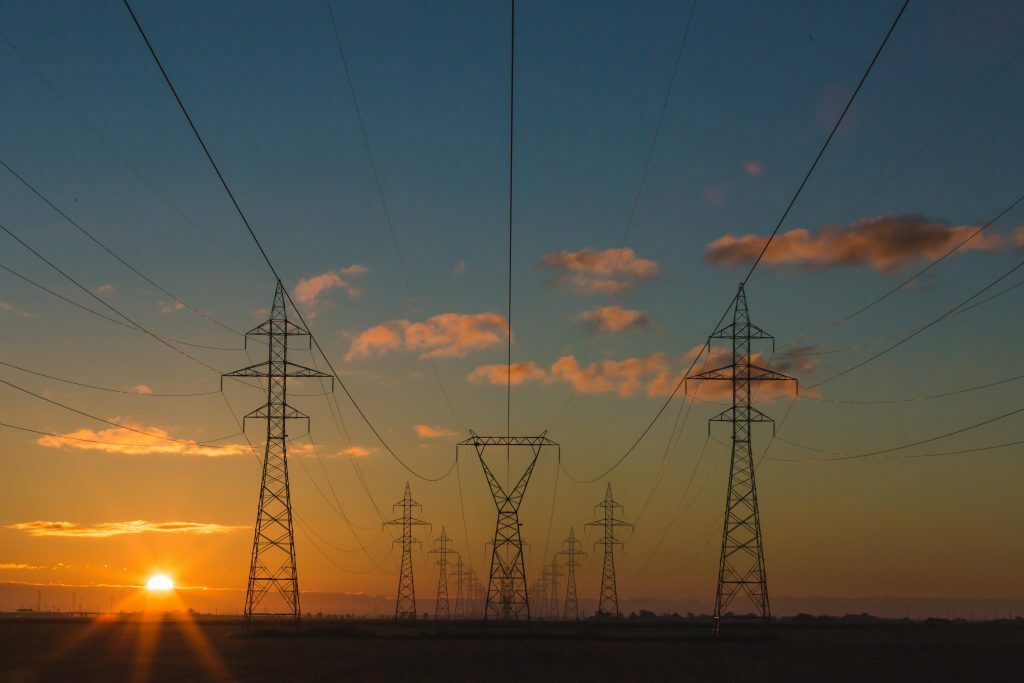 Energy Crisis: Australia on the Brink of Blackouts

Australia’s energy markets have experienced significant turbulence this past week, with the Australian Energy Market Operator (AEMO) taking the unprecedented step of suspending the wholesale electricity market to prevent imminent blackouts across the Eastern states.

The cost of power had been rising so rapidly – with spot electricity prices headed towards AUD$1000 per megawatt-hour, or about 80 times the normal level – that the AEMO was prompted to place a cap on the wholesale price of electricity in Queensland, New South Wales, Victoria and South Australia. This resulted in the available supply from generators declining further, contributing to a forecast supply shortfall. Accordingly, AEMO suspended the wholesale market serving the eastern states, moving to a temporary centralised “command and control” system that will match supply and demand in a systematic way. A compensation regime applies for generators who are directed to produce power at a loss, but the regulator has now sent several stern warnings to the industry over holding back supplies to the market.

How did a nation which is an “energy superpower”, with abundant hydrocarbons as well as renewable energy sources such as sun and wind, get to the very precipice of blackouts? There is no single answer, rather a perfect storm of global circumstances and policy choices across recent decades which have combined to land squarely on the desk of the newly elected Albanese government.

Analysts have cited a range of factors which have impacted energy demand in Australia. There has been a post-COVID economic rebound, leading to higher electricity demand, coupled with a burst of cold winter weather, increasing power demands for heating.  But the supply side appears to carry the larger burden. The Russian invasion of Ukraine has roiled the international gas market into which Australia is a major supplier, exporting some three-quarters of domestic production or 4393 petajoules annually. Legal and environmental constraints on conventional gas exploration, as well as the outright bans on fracking, have also been cited. Coal-fired power generators have suffered disrupted coal supplies due to the floods in recent months, as well as unplanned maintenance issues due to the advanced average age of their infrastructure. There has been less of a contribution from renewable energy sources in recent months, with cloudy weather resulting in a 27 per cent drop in solar power generation in May compared with April, and wind-generated power falling about 1.9 per cent in the same period.

This is against the backdrop of almost two decades of “climate wars”, which have seen multiple Australian federal governments – and the careers of individual leaders – rise or fall over questions of perceived climate inaction, overpromising and underdelivering, and the controversies over carbon pricing and carbon taxes. (Nuclear power remains off the agenda, despite Australia’s abundant uranium resources and exports.) The result has been a suboptimal regime which has directly supported increased intermittent renewable energy production on one hand and created uncertainty and reduced incentives for baseload coal and gas-fired power generators which are de-facto being phased out on the other.

While many have hailed the recent election of the Albanese government (and the rise of the Teal independents) as a new dawn for Australian climate change policy, and while it has already committed to a more ambitious emissions reduction target, it appears that the old political cleavages remain with the “blame game” rapidly restarting.

Opposition leader Peter Dutton has described the crisis as a “problem of (energy minister) Chris Bowen’s making,” criticising the Labor government for negative comments around fossil fuels. In turn, Prime Minister Albanese has criticised the previous government for its “inaction” over almost a decade.  Despite this, political commentators have noted that voters will quickly come to blame the current government if their response is inadequate.

It was a top agenda item at the National Cabinet meeting of state and territory leaders held in Canberra on Friday. In other comments, Energy Minister Chris Bowen has ruled out extending the life of coal-fired power stations, saying the government believed further investment in renewable generation and storage was a better option. He was unable to say when the intervention from AEMO would end. Industry Minister Ed Husic also warned gas producers that all options were on the table, including a national gas reservation policy. “I’ve got a great deal of sympathy with the view in the broader public that these are Australian resources that should be available for use by Australian households,” he said. “If we are shipping out of some of our ports seven times the level of supply that is used by Australia in one year, this is not an issue that we don’t have the gas.”

Meanwhile, consumers are likely to face higher power prices, as has been warned for several months, coupled with warnings to conserve energy during peak use periods (typically between 6pm-10pm). 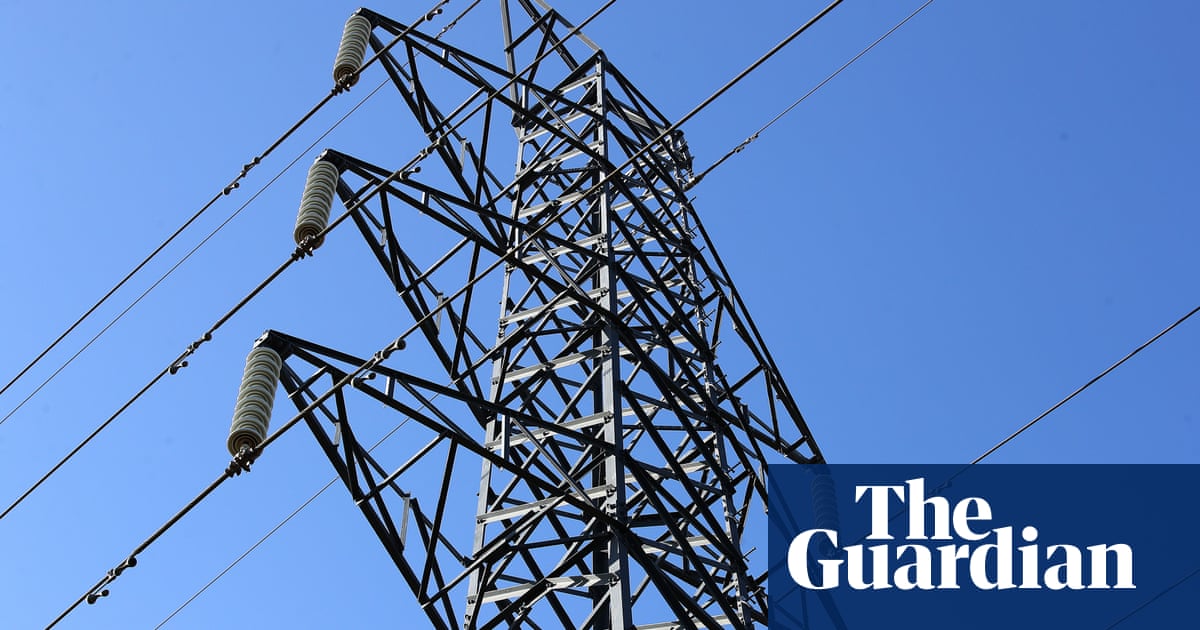 Australia’s energy crisis explained: from price caps to the suspension of electricity trading
How the Ukraine war, ageing coal, Covid restrictions and winter combined to create the ‘perfect storm’ in the power market 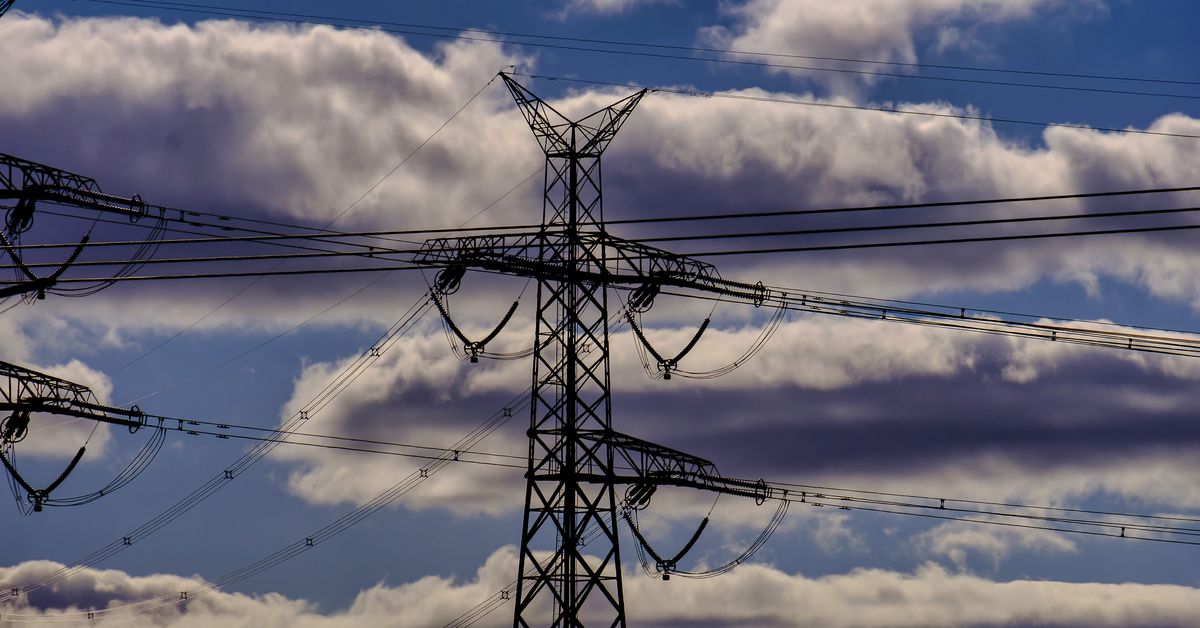 What’s going on with Australia’s energy supply and will there be blackouts?
Warnings of power blackouts on Australia’s east coast aren’t as ominous as they seem, an expert has said. 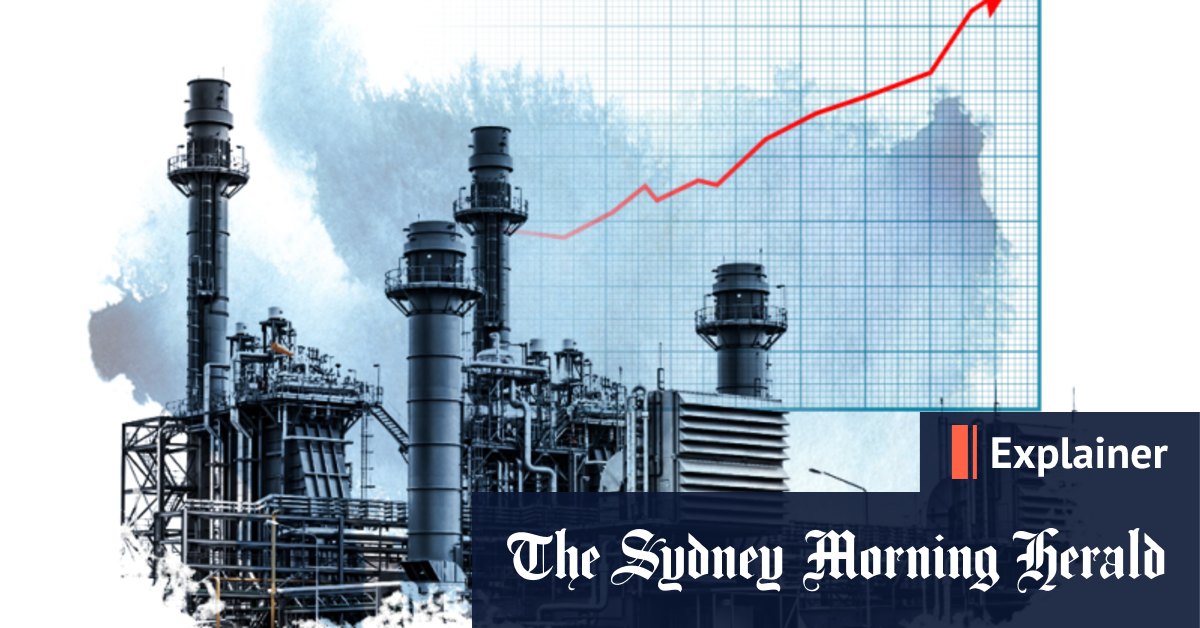 Where did all the power go? What caused the east coast energy crisis?
A combination of forces has sent energy prices soaring. And now there’s talk of blackouts too. How did it come to this?

Out in the cold without reliable baseload power
Subscribe to The Australian to get unrestricted digital access, home paper delivery, Apps for iPad and Android, member only +Rewards and much more…

Reality check for energy coal fired generators just not reliable says Kerry Schott
Subscribe to The Australian to get unrestricted digital access, home paper delivery, Apps for iPad and Android, member only +Rewards and much more…

Power shocks events reveal need for repairs in energy market
Subscribe to The Australian to get unrestricted digital access, home paper delivery, Apps for iPad and Android, member only +Rewards and much more… We may have turned the ‘climate corner’ but there’s more to the story
The Albanese government is blaming the energy crisis engulfing eastern Australia on the Coalition’s failure to put in place policy to ensure adequate and timely investment in renewables. That’s correct, but it’s not the whole story, writes Michelle Grattan. 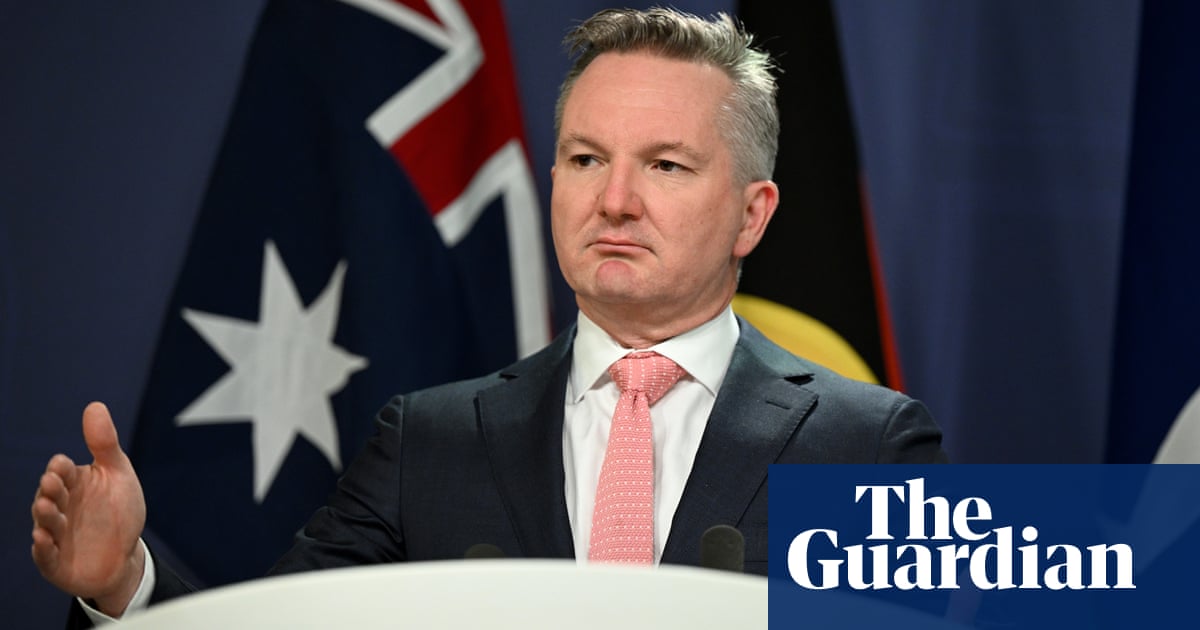 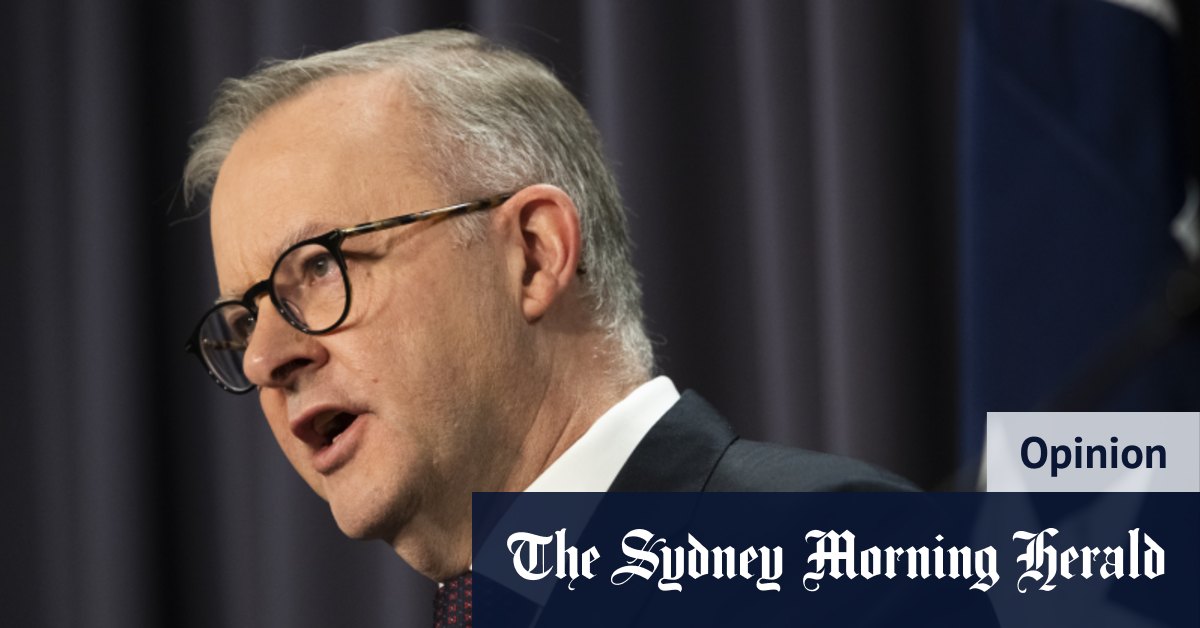 Albanese did not create the energy crisis, but he will have to fix it
The Labor government is electrified at the prospect of two terms in power. But if they can’t keep the lights on, an early outage could be sparked. 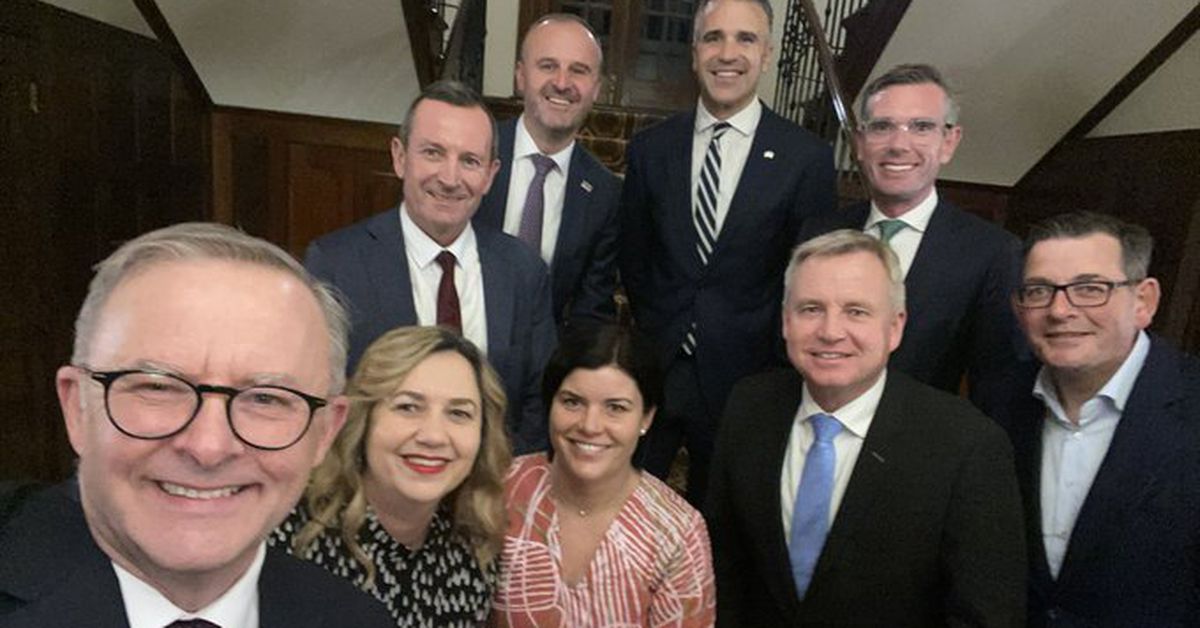 Health and energy to dominate Albanese’s first national cabinet
Health, the energy crisis and even the make up of the body itself will be high on the agenda as Prime Minis…