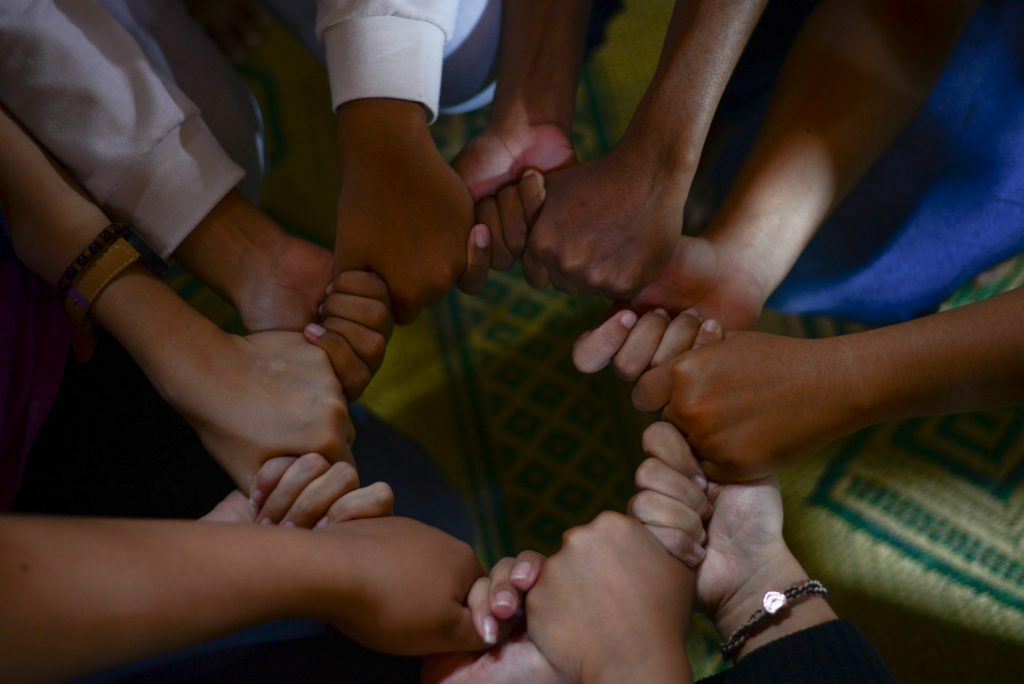 The Pacific Islands Forum (PIF) may recently have overcome the greatest crisis since its inception.

In 2021, in response to the election of Henry Puna from the Cook Islands as Secretary General (SG) of PIF, the five Micronesian member states announced their withdrawal from the regional forum. They insisted that under a gentlemen’s agreement, the Secretary General should have been chosen from the Micronesian subregion, and demanded that SG Puna step aside for their candidate to take his place (see Digital Snapshot #3/21). One by one, the Republic of Palau, the Federated States of Micronesia (FSM), the Republic of the Marshall Islands (RMI), the Republic of Nauru and the Republic of Kiribati submitted their formal notices of exit to the PIF Secretariat. Back then, the media labelled their decision “Micronexit”, and experts feared the worst for regional cooperation and security. Subsequent apologies by Fiji’s Prime Minister Frank Bainimarama and others could not change the Micronesian minds.

In a virtual summit of the Micronesian Presidents in February this year, the Micronesian leaders reportedly discussed reforms of the PIF, in particular its leadership, and agreed to temporarily rescind their withdrawal from the Forum. Back then, media reported that their exit was “on pause”. In the meantime, China seized the opportunity to negotiate a security agreement with the Solomon Islands (see Digital Snapshot #8/22), and later on proposed to various Pacific Island States a regional trade and security deal (Common Development Vision) covering various matters including policing, cybersecurity, trade, fisheries and development aid (see Digital Snapshot 11/22). Whilst the Sino-Solomon Islands Security Deal was ultimately signed, the Pacific Island States decided that China’s vision for their region did not necessarily align with their own vision and that they needed more time to consider it, respectively. The proposal faced opposition, in particular, from the Micronesian PIF members, 3 of which (Palau, FSM and RMI) are independent countries in a Compact of Free Association with the USA, and amongst the few remaining countries that recognise Taiwan. This did, however, not prevent other PIF member states from entering into bilateral cooperation agreements with China in regards to various matters, including health, disaster management and agriculture.

In the beginning of this month, several Pacific leaders reached a last minute deal preventing the Micronesian states from exiting the Forum in the end of June. Brokered by PM Bainimarama, and facilitated by the new Labor Government of Australia, which flew to Suva the Presidents of FSM (David Panuelo) and Palau (Surangel Whipps Jr) as well as a Special Envoy of the RMI (TH John Silk), the proposed reform package provides for SG Puna to remain in office until the end of his term (2024), and for him to be replaced by a Micronesian candidate then. The leaders, including Samoa’s Prime Minister Fiame Naomi Mata’afa, also agreed to formalise the rotation of the PIF leadership between the Polynesian, Melanesian and Micronesian subregions. Further, there would be a second deputy secretary general position, with each deputy from a different subregion as the SG. In addition, there would be a new PIF office in one of the Micronesian countries, and the Office of the Pacific Oceans Commissioner would be relocated to Micronesia. After the meeting, PM Bainimarama issued a statement emphasizing the importance of dealing with matters in the Pacific way, namely by way of in person meetings and consent (also known as “talanoa”). He went on to say that the agreement represented an important first step towards re-uniting [the] Pacific family: “I am very pleased with the progress that has been made and the recognition shared among my fellow leaders, that our Forum Family is strongest together.” President Panuelo (FSM) said that for the sake of unity in the region it was crucial for the deal be signed quickly. He stressed the importance of tackling climate change, health and maritime matters as well as geopolitics within the region. According to President Whipps Jr (Palau), the success of the meeting in Fiji demonstrated the importance of face-to-face diplomacy. Micronesia’s concern had always been that PIF was not as inclusive as it needed to be. The agreement showed that the Pacific had heard what Micronesia had to say, and was willing to work together to make it stronger.

Australia’s new Foreign Minister, Penny Wong, made a statement according to which it was up to the countries of the region to make choices for their people. She added that the security of the Pacific was the responsibility of the Pacific family, of which Australia was a part. Likewise, New Zealand’s Minister of Defence, Peeni Henare, said on the sidelines of the Shangri-La Dialogue that Pacific island nations had the freedom to make their own decisions about cooperation with China, as Beijing sought closer military ties with the strategically important region. He went on to say that New Zealand believed in the sovereignty of those nations, and that it was not in anyone’s interests to try to coerce a certain outcome. [New Zealand’s] job was to support the Pacific Island States, to make sure they make strong decisions for themselves. Already in May, Prime Minister Jacinda Ardern’s said she believed that the Pacific could meet its security needs internally. “On anything related to security arrangements, we are very strongly of the view that we have within the Pacific the means and ability to respond to any security challenges that exist and New Zealand is willing to do that. “It’s not for us to speak on behalf of other Pacific nations but what I can say is, where that need exists, New Zealand stands ready to respond to it.”

The PIF reform package is currently being circulated amongst those PIF member states who were not in attendance of the meeting in Suva, with the request to sign it before the end of the month, ie when the Micronesian exit from PIF would take effect. KAS Australia understands that the reform package would also have to be formally endorsed at the next PIF leaders’ meeting, which is scheduled to be held from 12 to 14 July in Suva, presumably without dialogue partners. The meeting would represent the first time all leaders meet in person since the outbreak of the coronavirus pandemic. PM Mata’afa said it would be an important occasion for leaders to get to know each other. It remains to be seen if China attempts to raise a revised version of the regional trade and security deal in the context of the meeting. 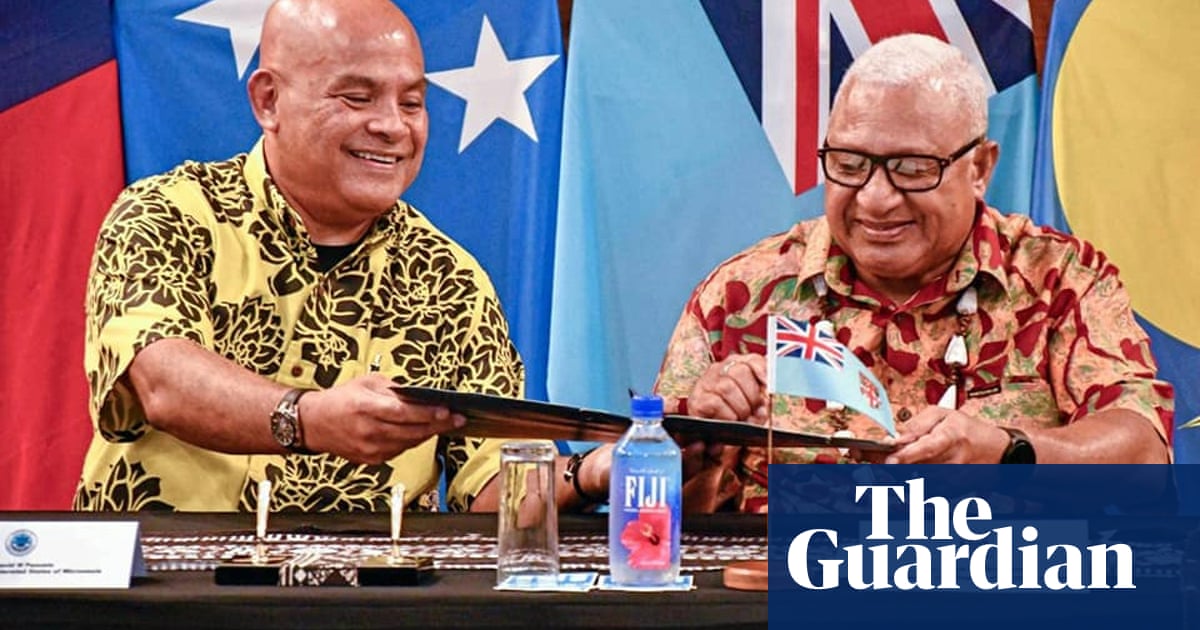 Pacific leaders reach crucial deal to restore political unity, as China’s interest in region accelerates
The agreement, which stops the region’s key diplomatic body, PIF, from splitting, lifts a ‘big dark, dark cloud that has been hanging over the Pacific’ 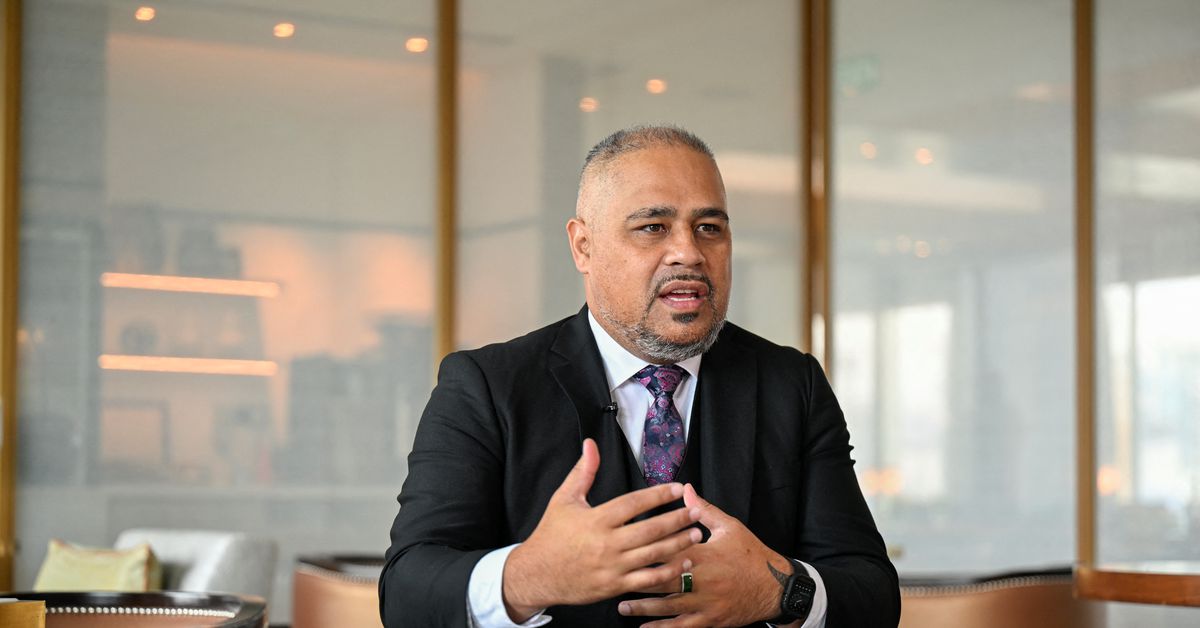 New Zealand says Pacific islands can make own decisions on China ties
New Zealand Minister of Defence Peeni Henare said on Saturday that Pacific island nations have the freedom to make their own decisions about cooperation with China, as Beijing seeks closer military ties with the strategically important region. 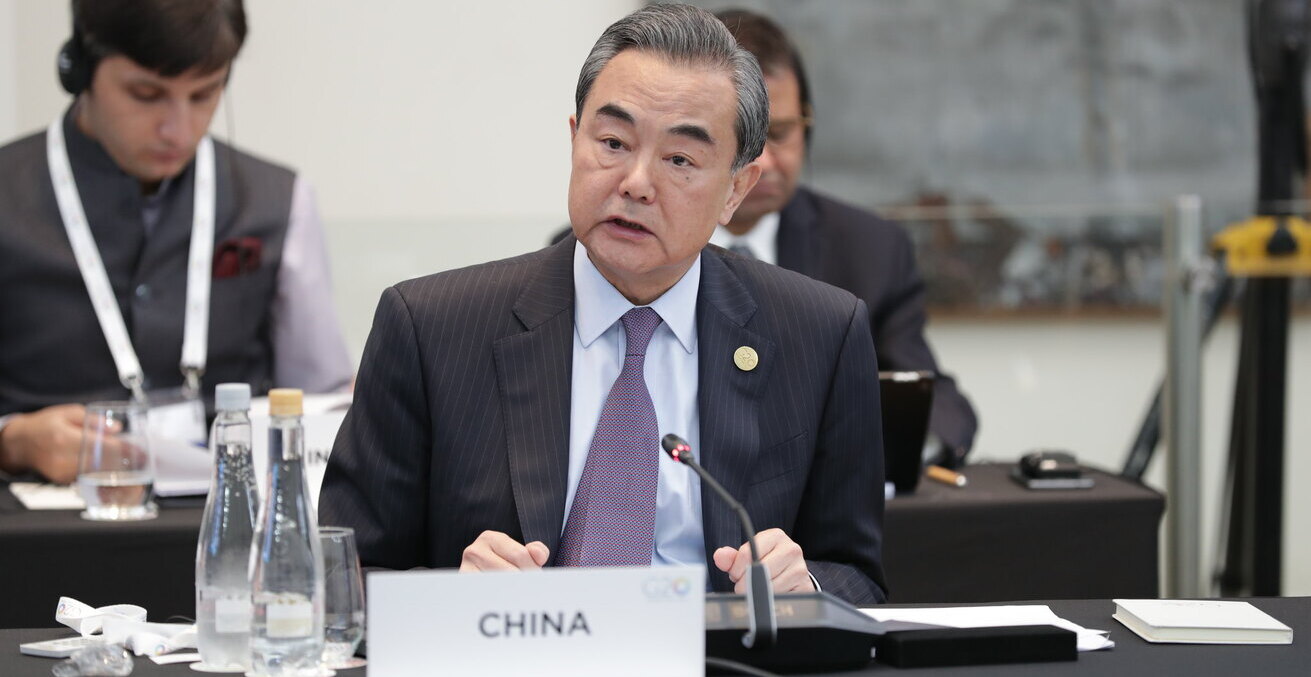 Beijing is Adopting a Wedge Strategy in the Pacific – Australian Institute of International Affairs
Beijing’s proposed agreement with ten Pacific Island countries faced a setback last week. Now China is looking for a wedge strategy to prevent a hostile alignment from arising, a policy of differentiation that will likely target Fiji and Solomon Islands. 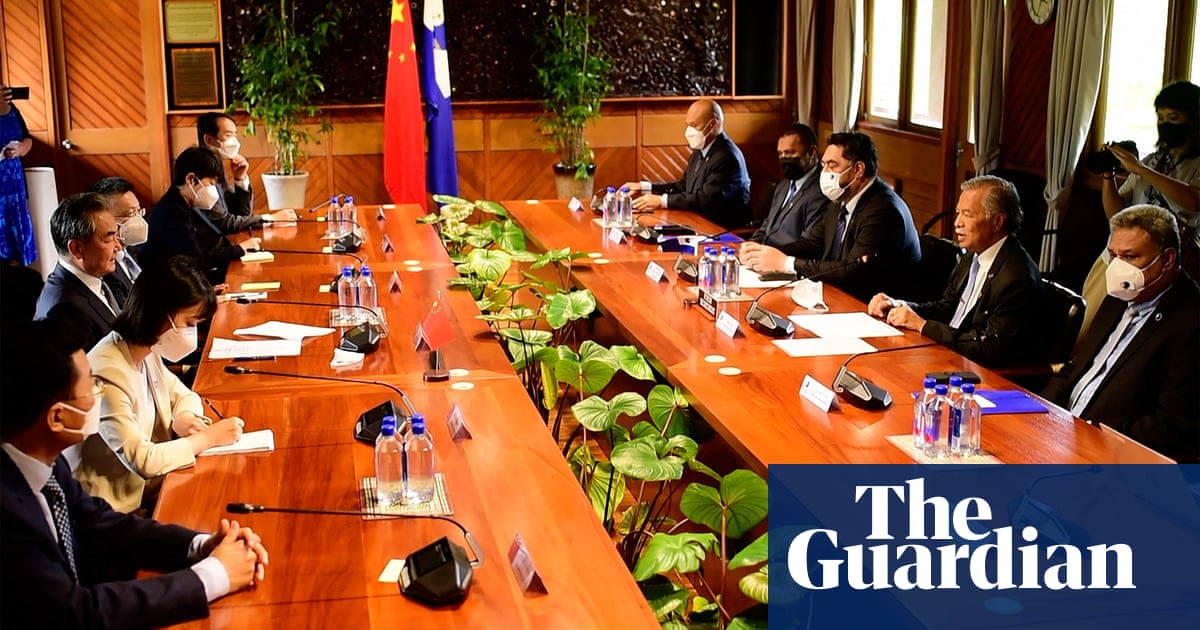 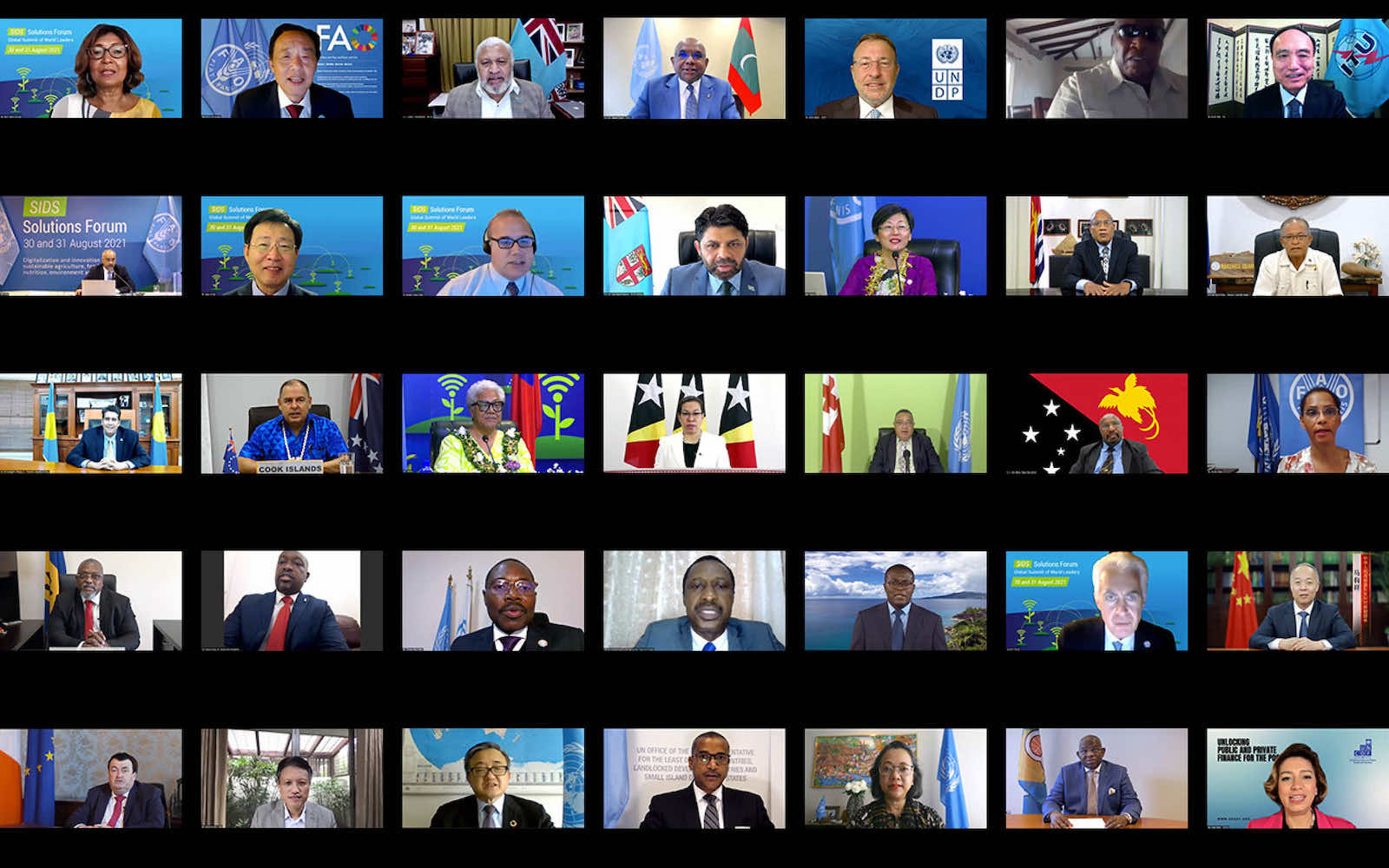 Micronesia stays in the Pacific Islands Forum fold – for now
But Australia faces its own test amid tensions over leadership of the regional grouping. 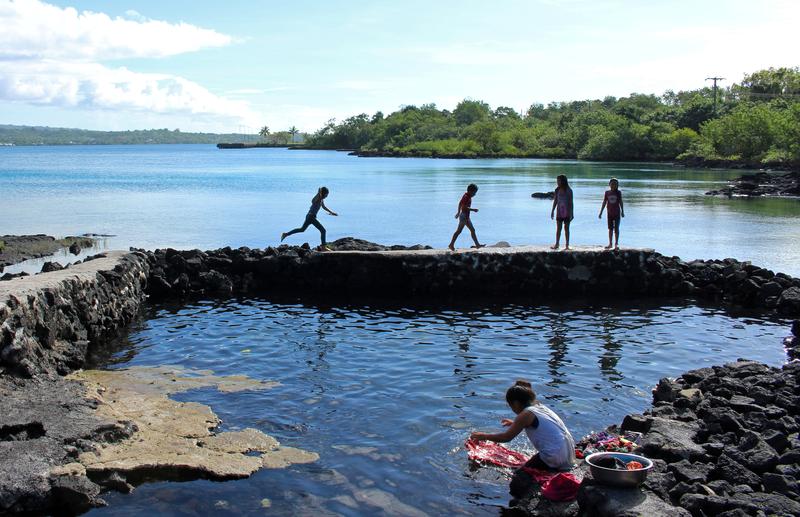 Five countries to abandon Pacific forum over leadership vote
Five Pacific island nations will start withdrawing from the region’s main political forum, according to a joint statement, in the fallout from a fractious leadership vote last week.